Here is a rare printing error of the 20xu stamp on which the entire dark brown printing run is missing.

Here is the the 20xu stamp that shows an additional vertical perforation strike through the stamp design.

Here is the 50xu stamp with the lower peroration shifted up into the design of the stamp.

Here is the same perforation error on the 2 Dong stamp in a pair.

Since these un-overprinted stamps were never used there is no genuine postal history. Sometimes one can see letters that were favor cancelled after the end of the war or NLF stamps mixed in with North Vietnamese stamps also used after the war but they are basically philatelic documents that were simply made up to please collectors. NLF stamps were not permitted to be used in the North (mostly because the currency units were simply not compatible) so the mixed frankings one sees once in a while simply slipped through unrecognized or were obtained by bring the postal clerk.

Here are there overprinted stamps with the genuine 10D overprint

Here are mint stamps with the genuine 20D overprint.

The editor has yet to see genuine postal history on which these stamps were used prior to the “Fall of Saigon” (April 30th, 1975). Ta Phi Long shows one cover with a 10D on Michel Nr. NLF 29 presumably used on May 13th, 1974 in Cam-Lo but the cancel on the stamp does not show the city name or date and does not touch the cover so this letter may have been doctored with. Also the bottom of the Cam-Lo cancel that is struck on the envelope itself is not visible so this may simply represent a cancel from the old South Vietnamese Regime without the proper “M.N.” addition that fell into the wrong hands. Finally the 10D rate was incorrect in May of 1974; it should have been 25D something a forger may not have been familiar with. There are genuine covers after April 30th, 1975 but they all look like philatelic covers made to please philatelist.

Here are three stamps with a forged 20D overprint. 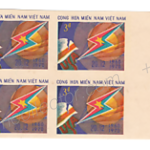 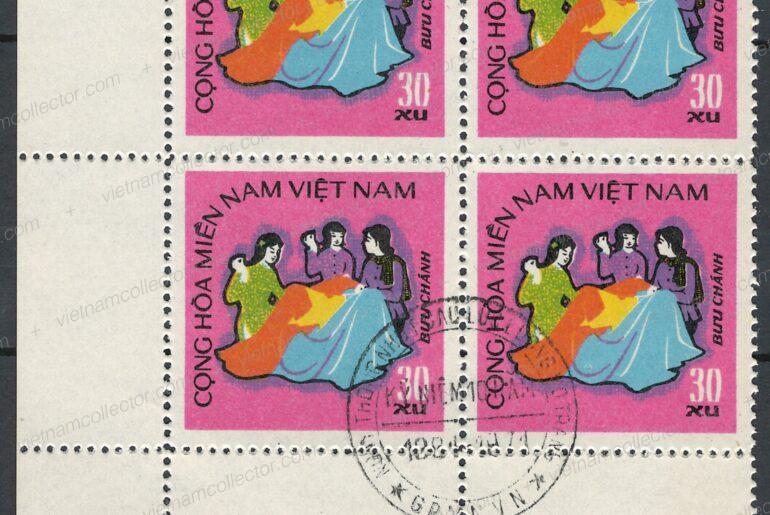