North Vietnam, Fight against Malaria, July 9th, 1962, Michel Nr. 220-222; Three stamps in the nominals of 8 xu, 12 xu and 20 xu were issued. Perforation 11:0. Interesting is the addition of the red cross in the center of the stamp. This was probably intended as a general signal of health but also made the issue interesting for “Red Cross” topical collectors.

Here is a mint set 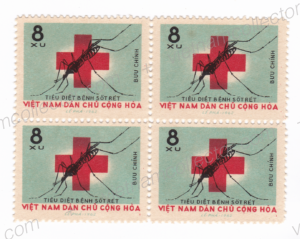 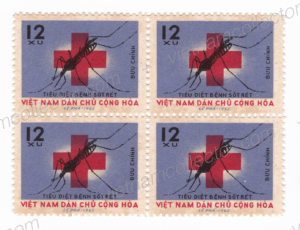 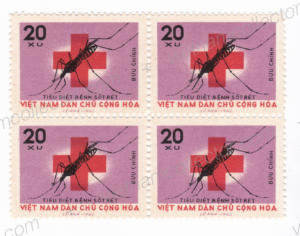 Here is a rare print error on a pair on which all of the black color is missing. The error is listed in Michel but with €25 inadequately valued. 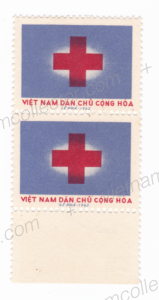 Late usage of the entire Malaria set in February, 1977 to Vienna, Austria. The standard letter rate to Europe at the time was 1D so letter simply represents a favor cancel but was not transported through the mail. 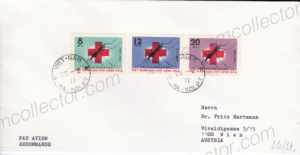 Rare express mail letter sent registered to Klewitz in February of 1970. It carried the entire set of the malaria stamps. Overall postage amounted to 1.48 Dong. Numerical arrival line stamp on the reverse. 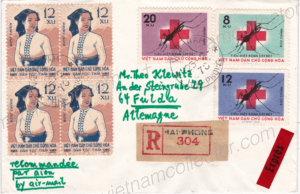 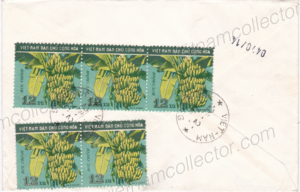 Rare registered express mail letter from June of 1968 mailed to Klewitz carrying five of the 12 xu Malaria stamps. The overall franking amounted to 1.92 Dong. The required tariff for standard 20 gram letter was only 1.60 Dong so it was likely a bit heavier than that. Fulda arrival cancel on the reverse. 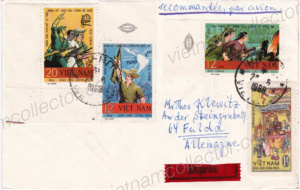 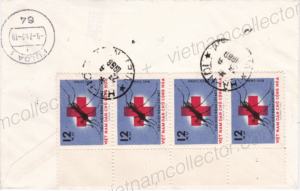 Letter sent to Klewitz in October of 1962 in West Germany. The cover carries the entire set of the agricultural product set. and 20 xu stamp of the malaria set. The overall franking amounted to 73 xu which would have been insufficient for a registered letter to West Germany (1.1 Dong) however, the clever sender duped the postal clerk into thinking the letter was intended for an East German destination (DDR stands for Deutsche demokratische Repubik). The standard postage to East Germany was only 12 xu and together with the 60 xu international registration fee the clerk though that the required postage amounted to 72 xu. 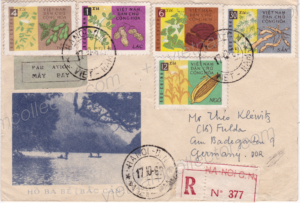 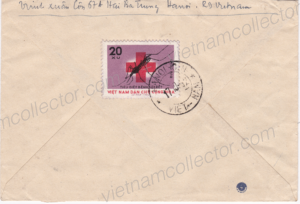 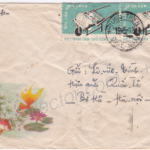 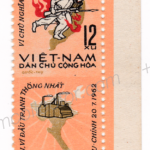