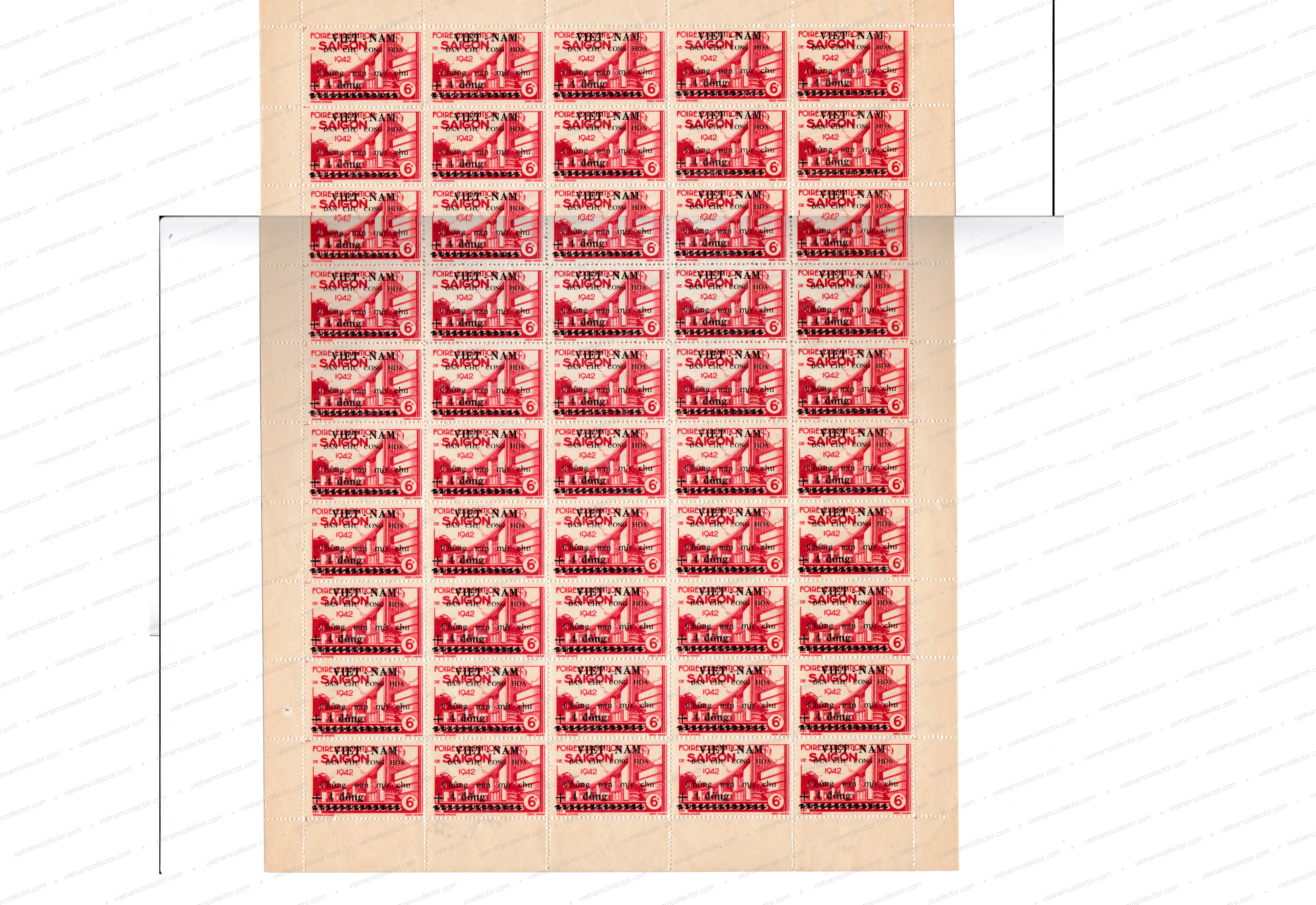 The fourth series of overprints served a very similar purpose to the third issue. It was basically a method to collect money from the population in general and stamp collectors specifically. Except, this time the collection method did not take the route via very high nominal amounts but by the use of donations for various national causes (People’s livelihood, National Defense, War Wounded, Child Welfare, Campaign Against Illiteracy and New Life Movement). The Vietnamese Postage Stamp Catalogue calls the surcharges “extra tax for national salvation”. So, the original nominal of the stamps was not changed, but the the sales price was simply increased by the amount of donation printed on the stamps. A total of eight values were overprinted in this way. Note that the 2D value shows the overprint error “broken T in VIET and broken G in CONG”. 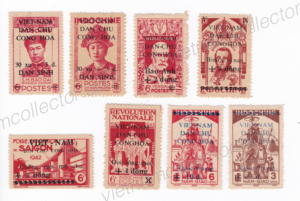 Poverty reigned supreme among the population right after World War II and the famines caused by severe flooding in 1945, so very few people could afford to buy these stamps let alone use them for postal communications. In over 25 years of collecting Vietnamese stamps the editor has yet to see a postally used specimen on cover. Even cancelled to order stamps only come to market once in a blue moon. Here is the the entire yield of cancelled stamps collected so far:

Michel virtually does not distinguish mint and used pricing and based on long term market observation this makes no sense. Used sets should be valued at a large multiple of the mint prices.

An overprint error is known for VM Michel Nr. 48 and 49. On the bottom left stamps of each issue the period after “d” is missing. 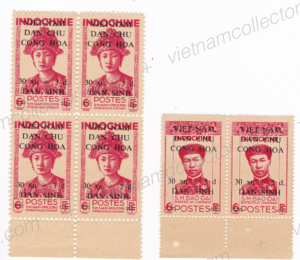 Here is another reoccurring plate door of the overprint. On the top right stamp the dash between “Viet” and “Nam” is shortened to a dot. 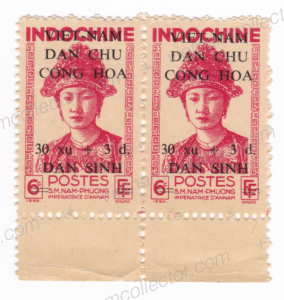 It appears that not many complete sheet of the surcharge issue have survived over the years. Again, this probably has to do with the fairly high cost to acquire complete sheets. All the editor could find so far is a sheet of the rare VM Michel Nr. 53 (6c + 4 Dong carmine): 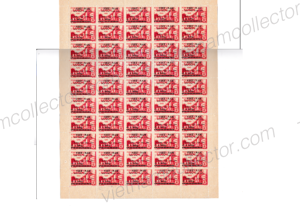 on this sheet there are a number of overprint errors. On field A3 one can find the error A in VIET-NAM broken”.

On field D1 one can find the error “V in VIET-NAM damaged at top”.

on field I9 one can find the error “u in mu damaged and O in CONG open on top”. 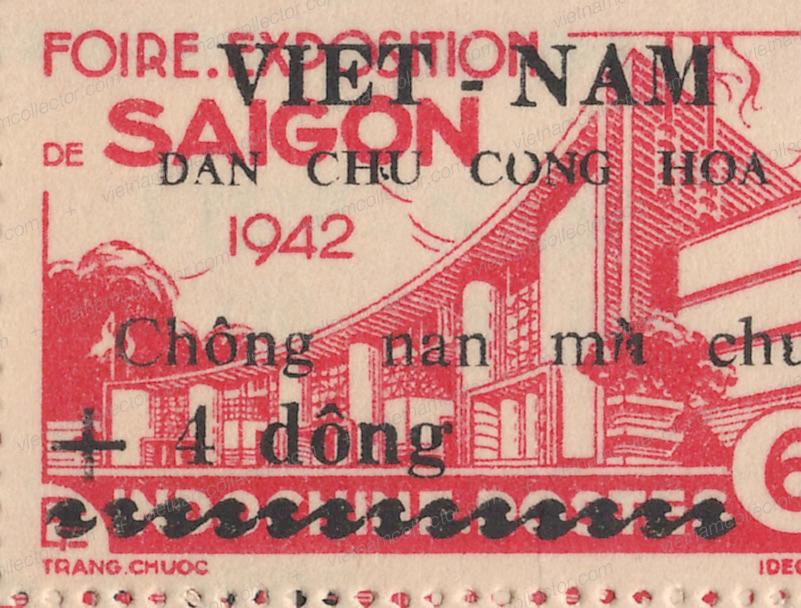 on field B2 one can find the errors “n in nan and u in mu damaged”.

on field F3 one can find the error “u in mu looks like an i”.

on field J1 one can find the errors ” black dot inside C of Chiang and u in chu solid”. 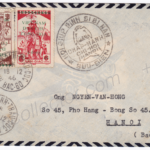 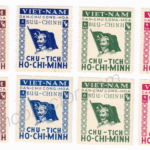