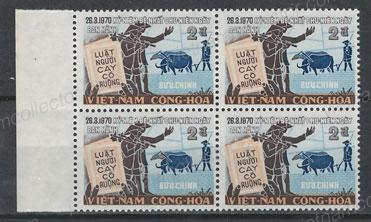 1. Anniversary of Coming into Effect of the Agrarian Reform Law 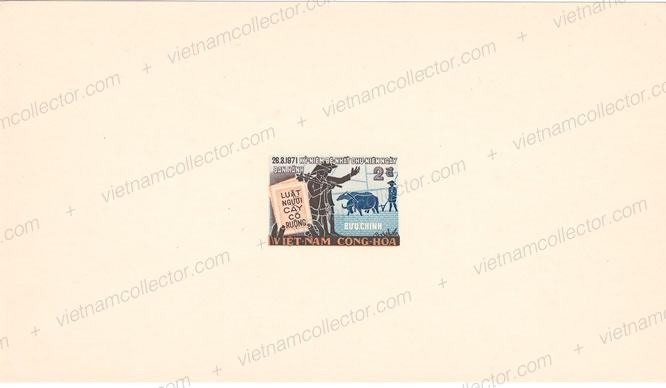 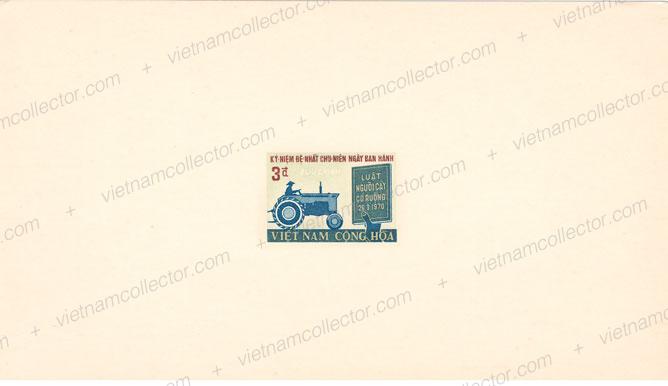 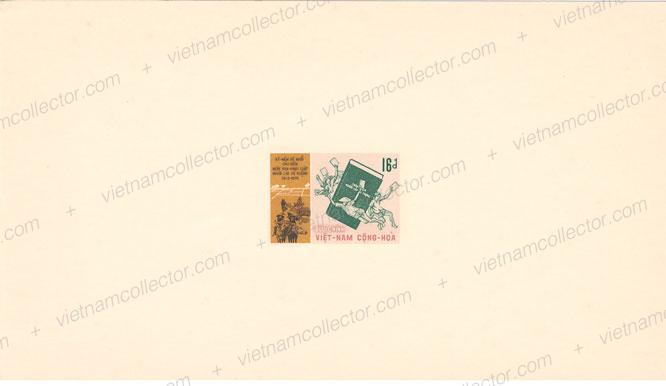 A printing error is known of the 2D stamp that is known with a wrong date. Instead of March 23, 1971 the error shows March 23, 1970 which, of course is not the 1.Anniversary of the Law but the date the law was initially passed. The error was discovered prior to the stamps release and the error stamps were initially not sold to the public. At a later date error stamps from postal archives did find their way to the market. Below is a mint block of four of the error stamp with the wrong date.

A printing error is known on the 3D value on which parts of the “3d” on the stamp and the inscription on top are partially blue. This was caused by a reproduction error where the technician did not properly cover the “3d” and parts of the text above, hence under-mining the proper production of the separate printing stages.

Multiple franking of the 2D value (3) paying an overall postage of 6D on a domestic air mail letter sent from Long Xuyen to Cholon in April of 1971. 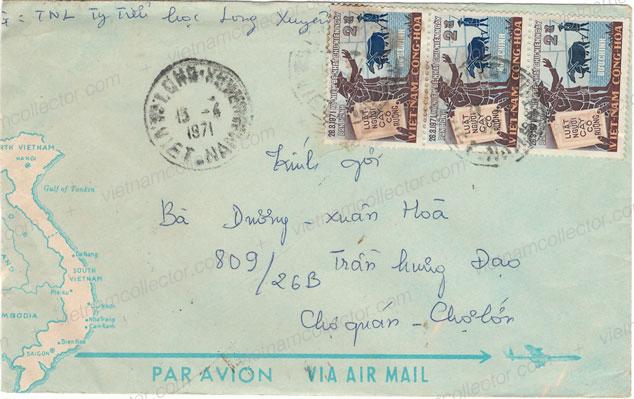 Single franking of the 3D Agrarian Reform stamp paying the 50% discounted military tariff on a domestic air mail letter sent in October, 1971 by a member of the military (KBC 6279/Regional Forces in Pleiku) to a civilian in Saigon. Note that the stamp contains the reproduction error that is described above. The nominal value and parts of the text above (Kien) should have been displayed in red but were mistakenly printed in blue. Also note the interesting home made red hand cachet that feature a woman from the Montagnard minority with a bow and arrow, a tree and a house. Cancelled with the “mute” Quan Buu military cancel. Red circular KBC cachet on front. 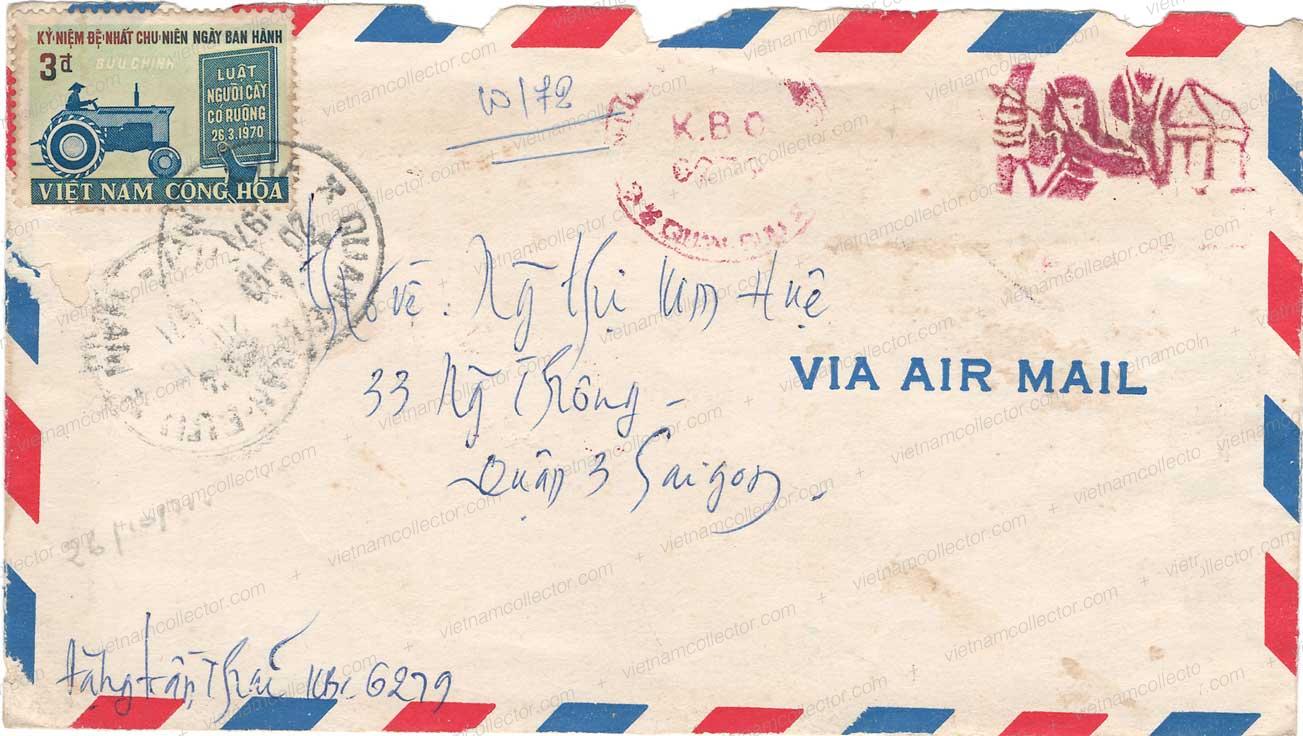 Mixed franking of the 3D Agrarian Reform Law stamp together with stamps from the Ha Tien Beach, Folk Dances and  3rd Anniversary of the Revolution sets paying an overall postage of 11D on an international letter sent from Saigon to Papua New Guinea inAugust of 1971. Papua New Guinea was a very rare destination. 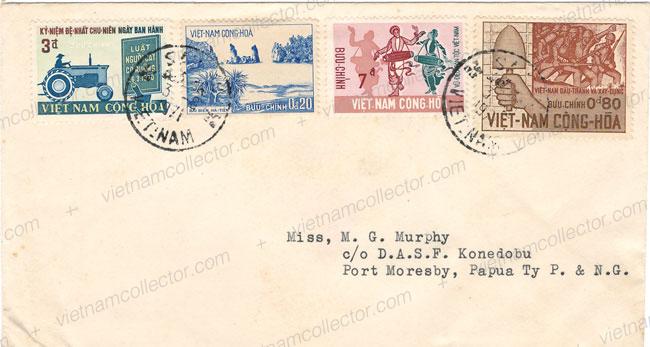 Mixed franking of the 3D Craft stamp (2) together with stamps from the Anniversary of the Revolution and Agrarian reform Law sets paying an overall postage of 12D on a rare printed matter mailing sent from Saigon to France in January of 1972. 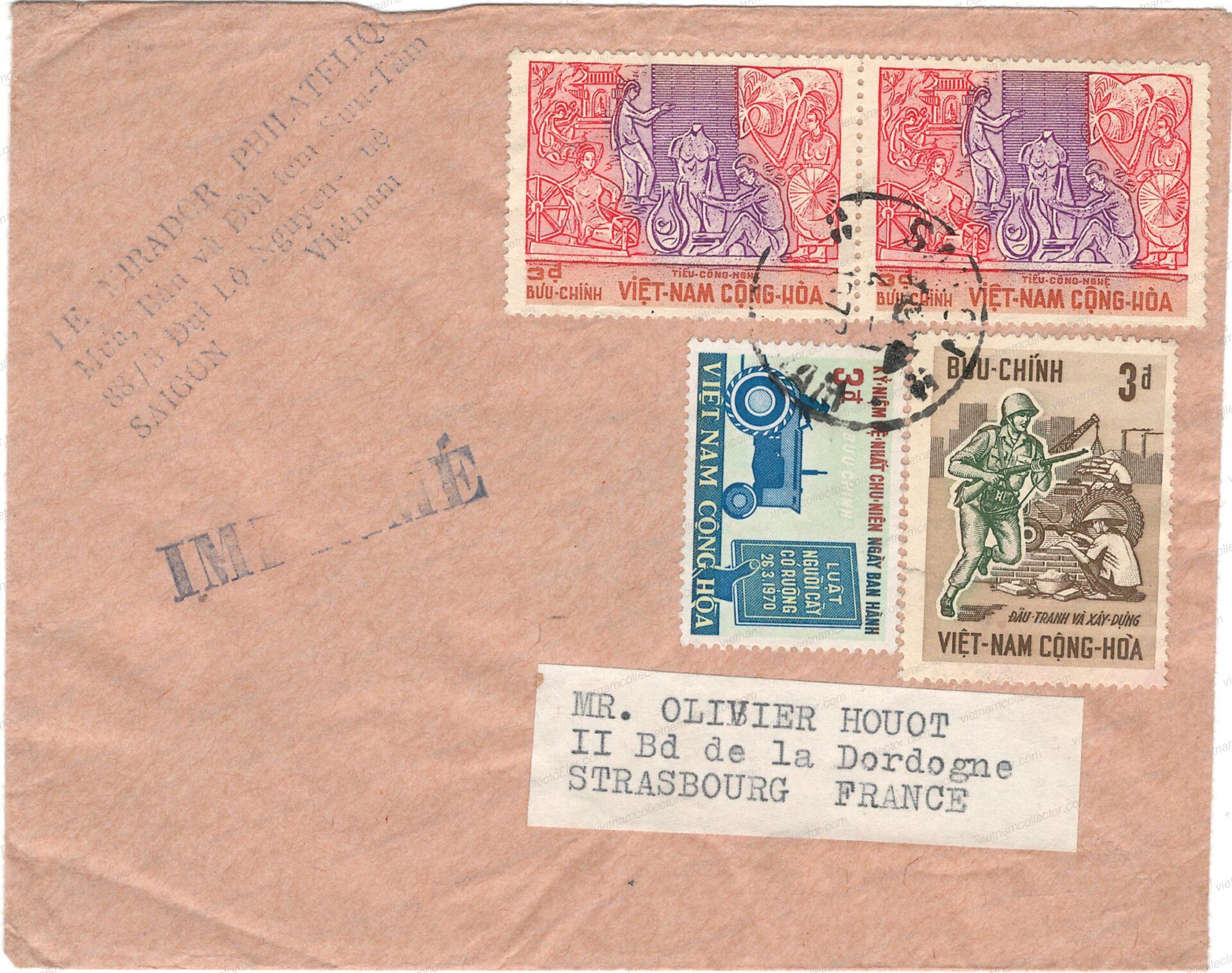 Single franking of the 16D value on a domestic registered letter sent from An Giang to Saigon in July of 1971. Saigon machine cancel on the reverse. 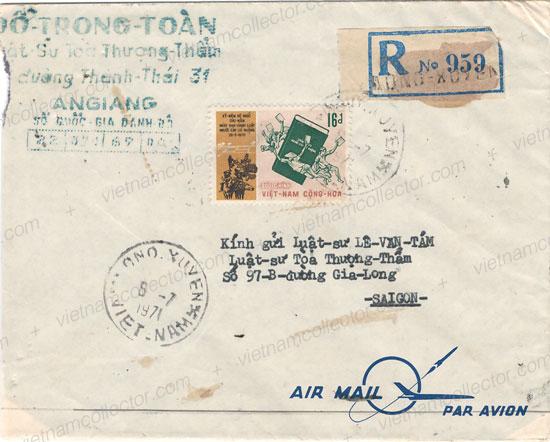 Mixed franking of the Land Reform Law set plus stamps from the Animals, Ocean Fish and Development of Rural Post sets paying an overall postage of 240D on a rare registered express mail letter sent from Da Lat to West Germany in December of 1971. Fulda arrival cancel on the reverse. Ex Klewitz. 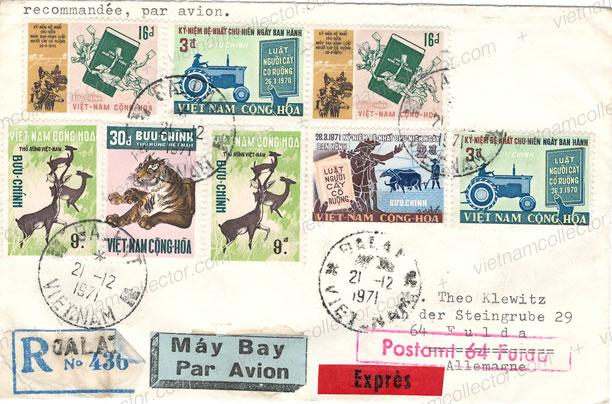 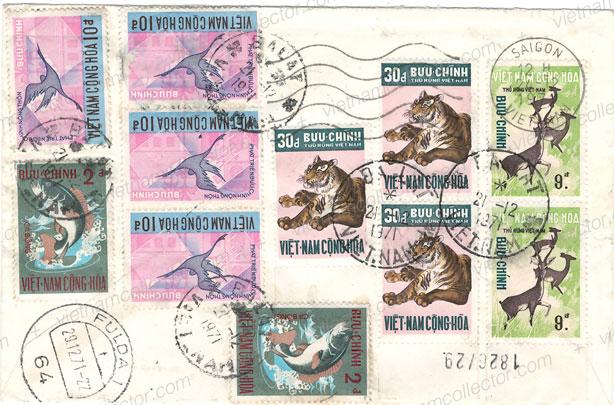