North Vietnam, Labor Day, May 1st, 1963, Michel Nr. 254; A single stamp with a 12 xu nominal was issued in perforation 11.0. Below is the official Xunhasaba bulletin that announced the issuance of the stamp. 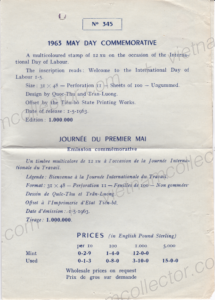 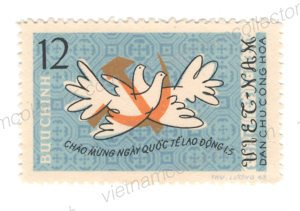 Rare single franking fo the 12xu stamp on a letter from Hanoi to East Germany paying the correct tariff in force at the time. 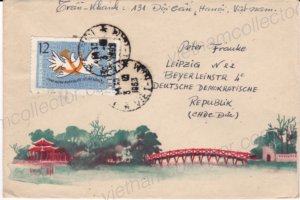 Single franking of the 12 xu stamp sent from Hanoi to Czechoslovakia in April of 1967. 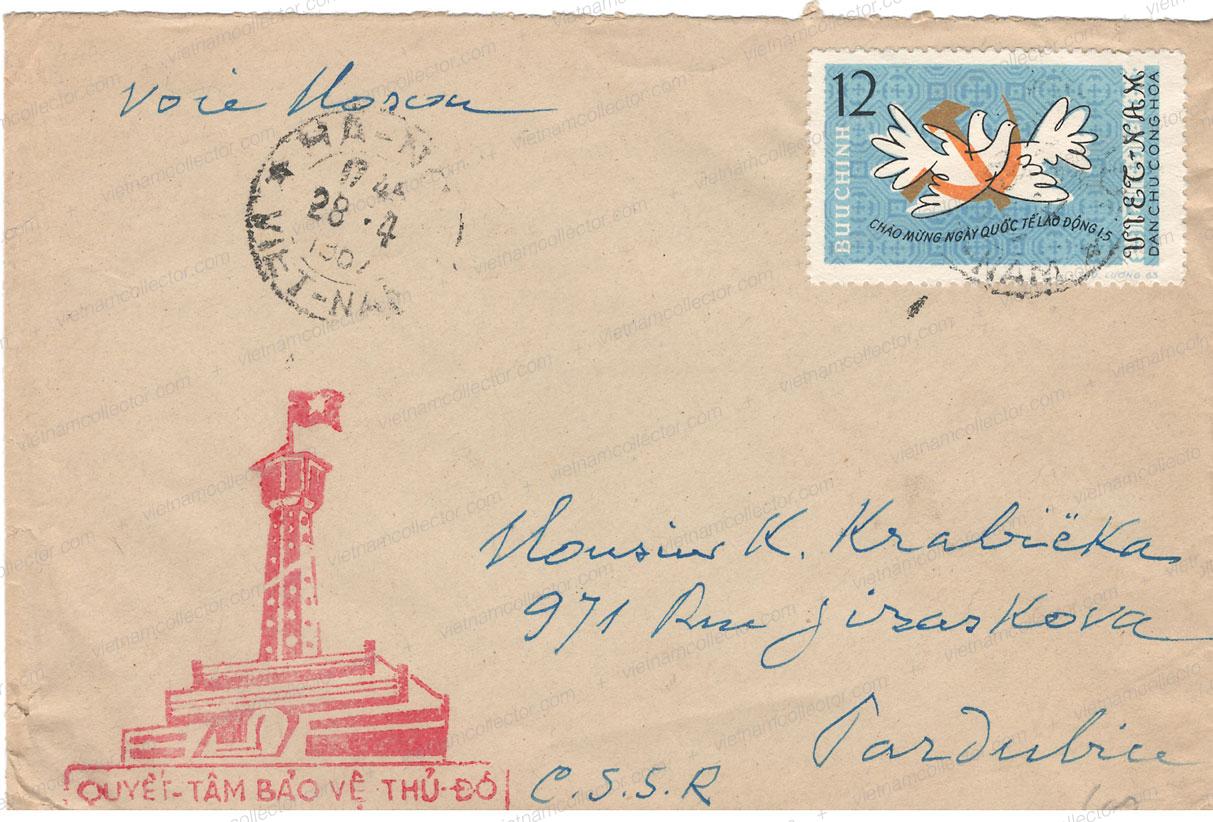 Rare express mail letter sent to Klewitz in Jun elf 1974 carrying one of the Labor Day stamps. The overall postage amounted to 3.3. Dong. This was on account of the 50 xu standard letter rate plus the sizable express mail fee. 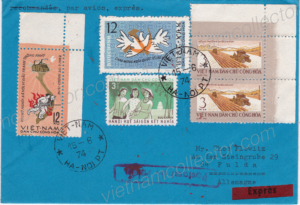 Very rare express mail letter sent to Klewitz in July of 1969. It contains multiples of most values of the set plus other NVN (including the Day of Labor stamp) stamps for an overall postage of 2.03D. 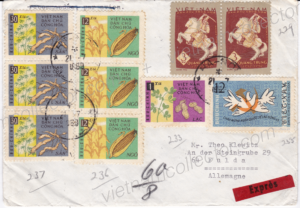 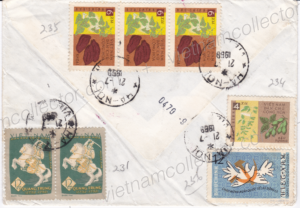 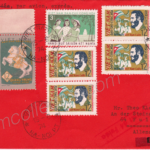 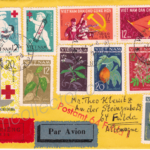