A few years ago the editor was able to purchase an Indochinese cancel collection. The cancels were collected by what appears to be an Englishman or American on stamps that were common for the period. Most of the stamps were cancelled during the Japanese Occupation of Indochina that lasted from September of 1940 through August of 1945. This in itself is surprising as the mail volume in Indochina during the Japanese Occupation was very limited and hence stamps or postal history cancelled in that time period are pretty hard to find. Cancel collections are an important tool to identify genuine cancels of the time period and to unmask cancel and postal history forgeries. No forger would apply forged cancels common stamps with low value! The collection is featured as it was originally put together including the sometimes philosophical annotations of the collector who appears to have spent some time in Indochina.

To obtain a complete listing and depiction of the postal cancels used in Indochina over time is not exactly easy. Robert G. Stone in his booklet “An alphabetical List of Postoffice Names and Other Words in Postmarks Used on the General French Colonies”,  published in 1978 provides an alphabetical listing of the known cancels and potentially existing cancels for the time period from 1860 through 1892 but does not actually depict any cancels. For the time period thereafter the best collection of postal marks the editor could find so far is contained in the publication “Les Obliterations des Bureaux de Poste des Colonies Francaise” by M.Langlois and V.Bourselet. The latter has been out of print since 1927 but at least for that year it provides an alphabetical listing of all post offices and depictions of the various cancel formats. Here are the pages of this booklet that pertain to Indochina. 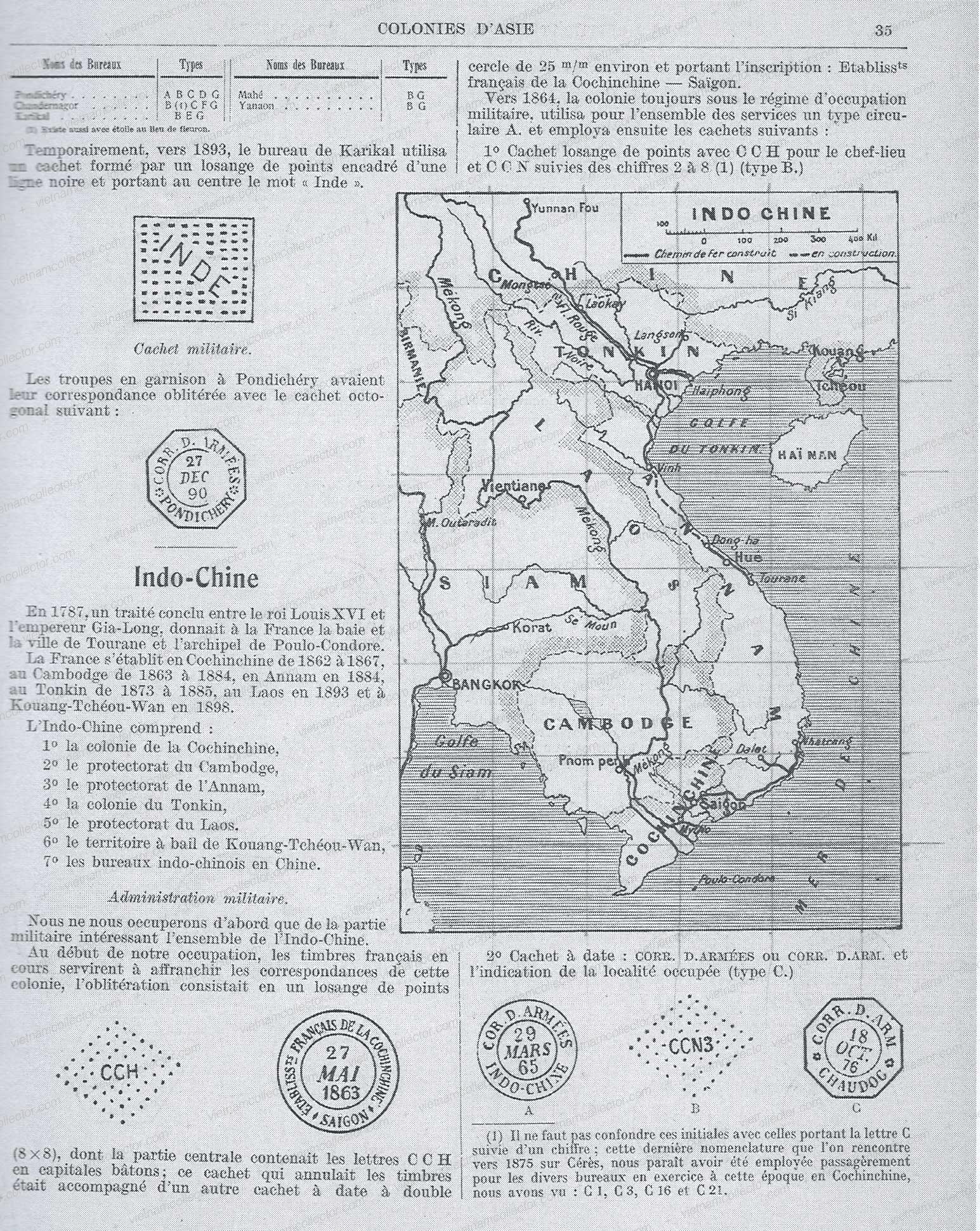 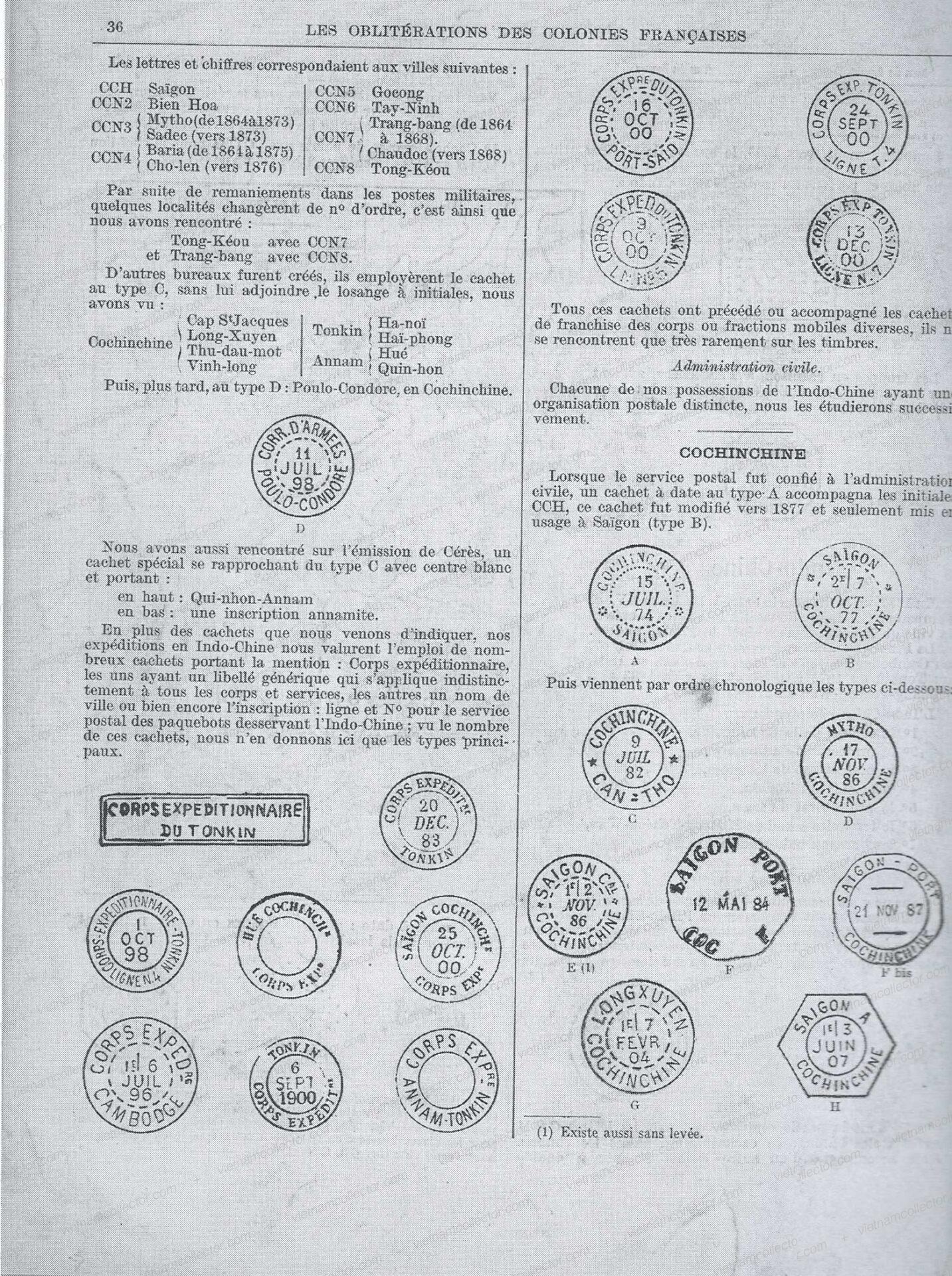 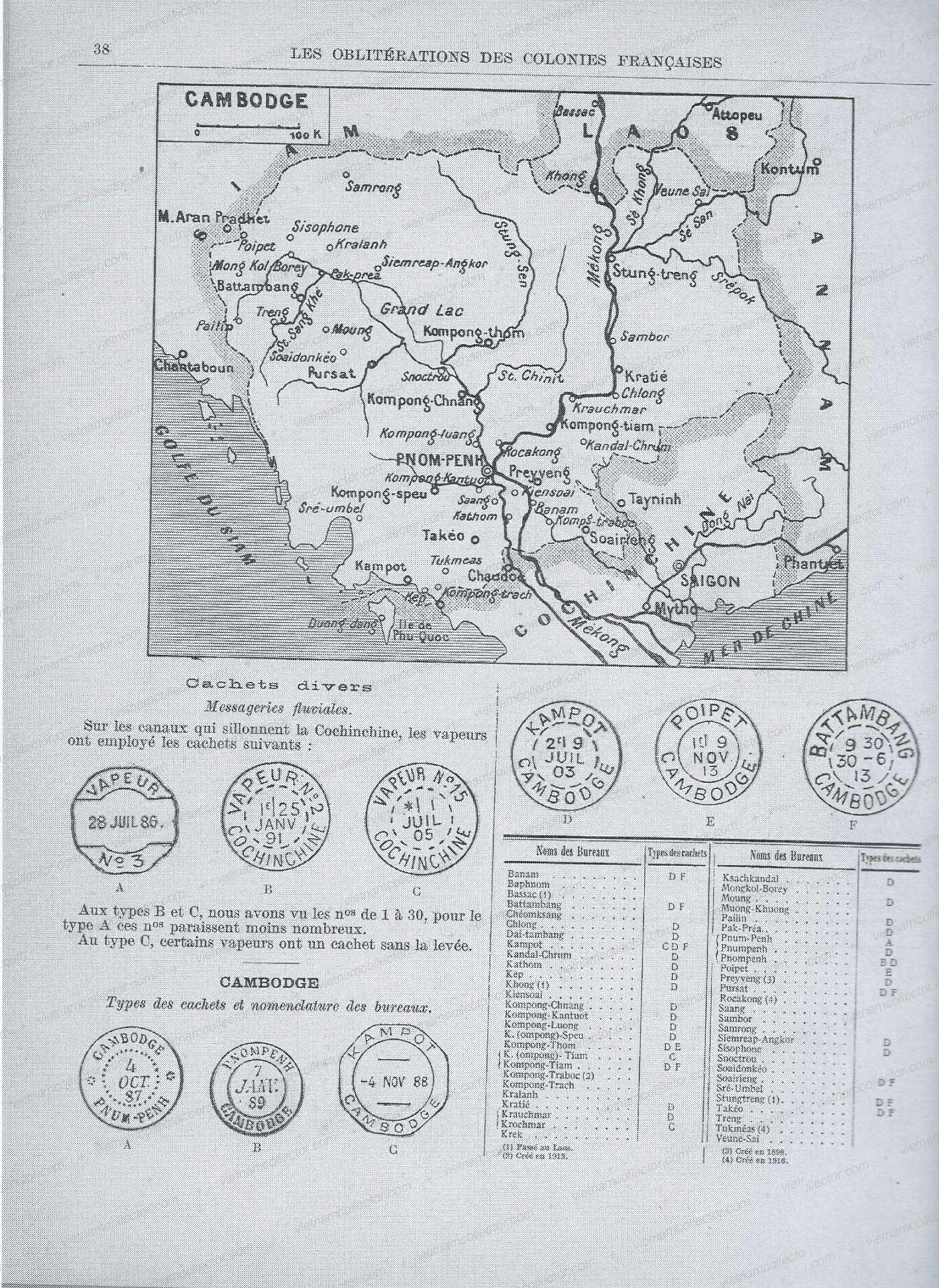 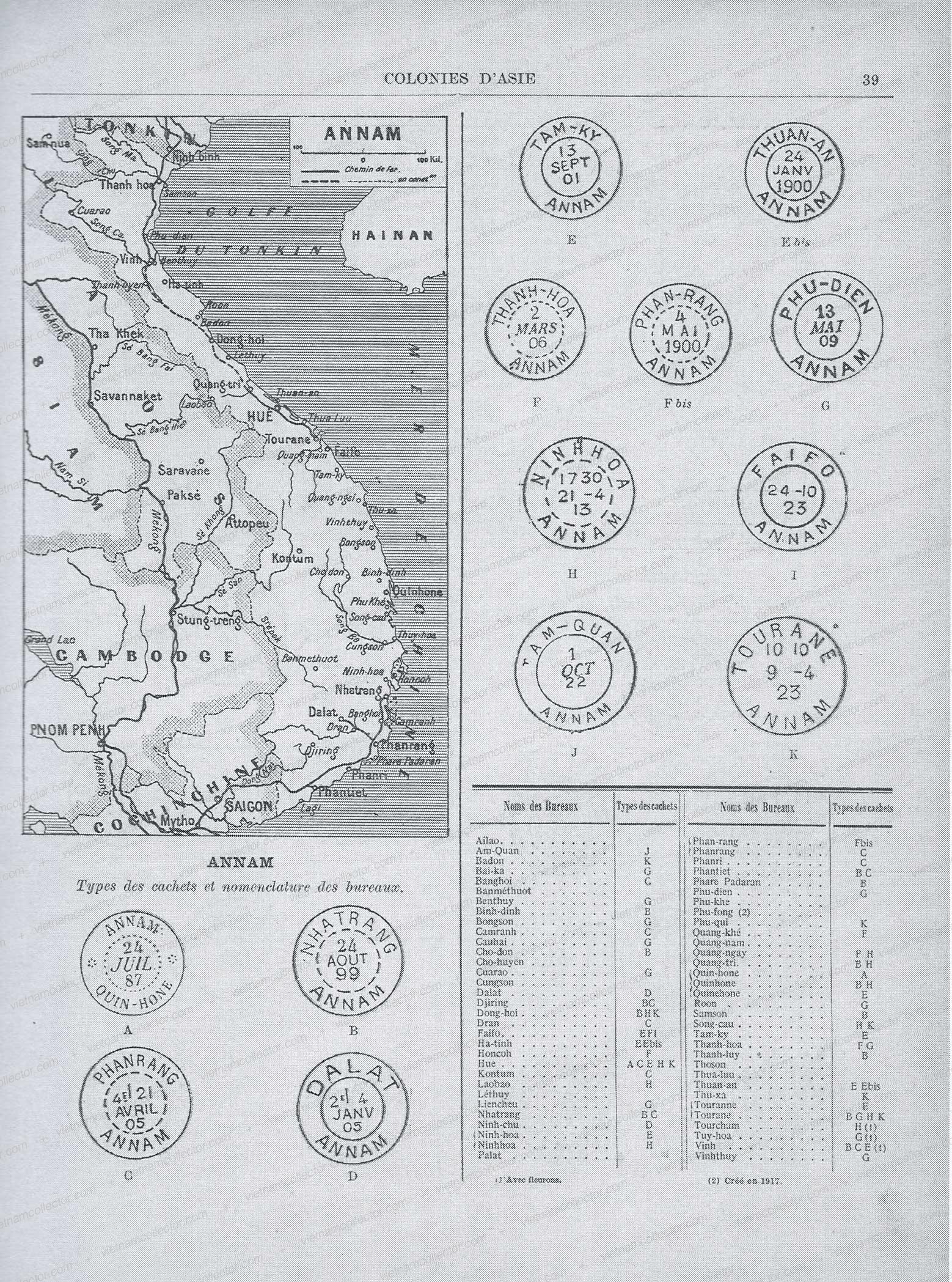 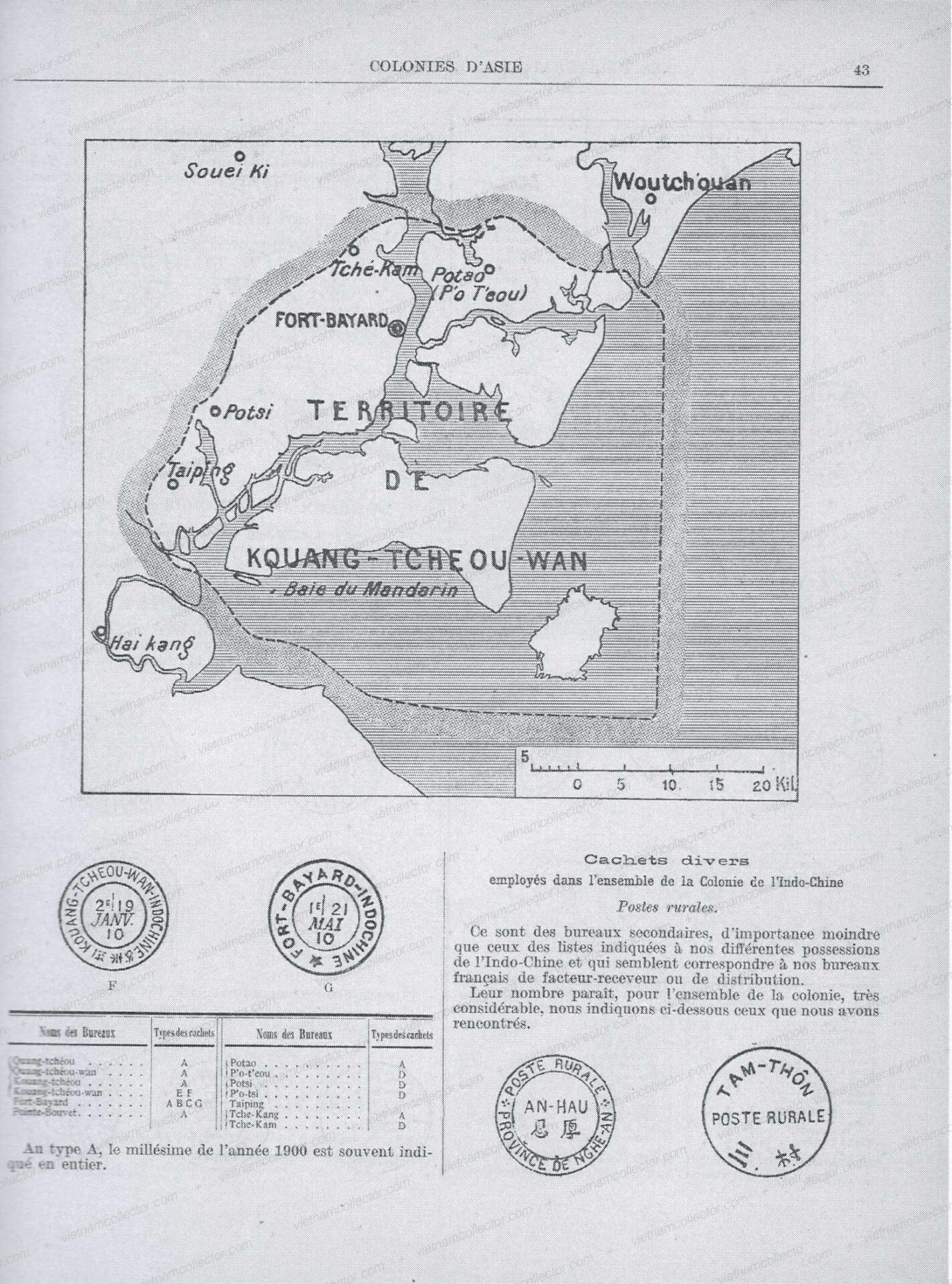 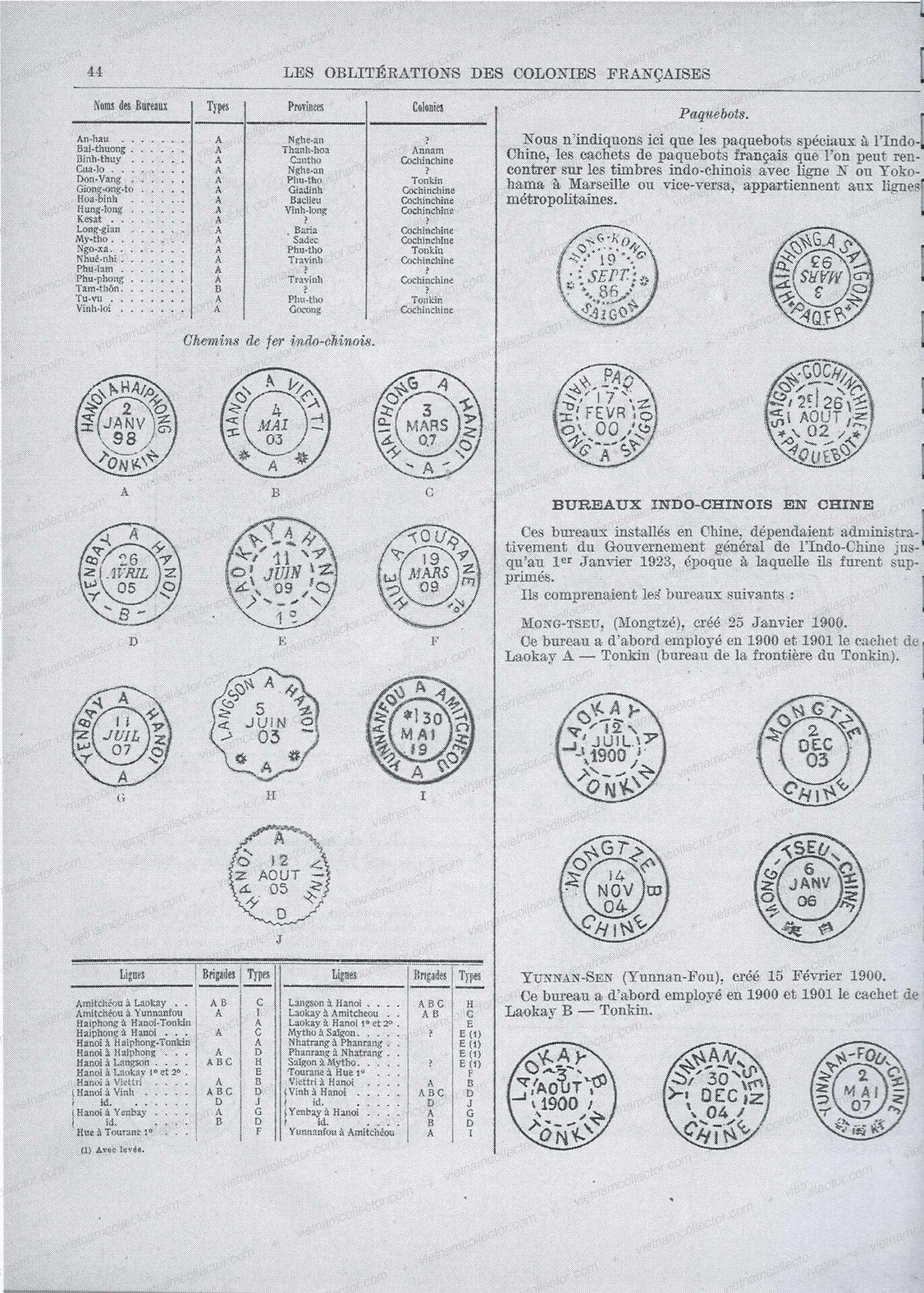 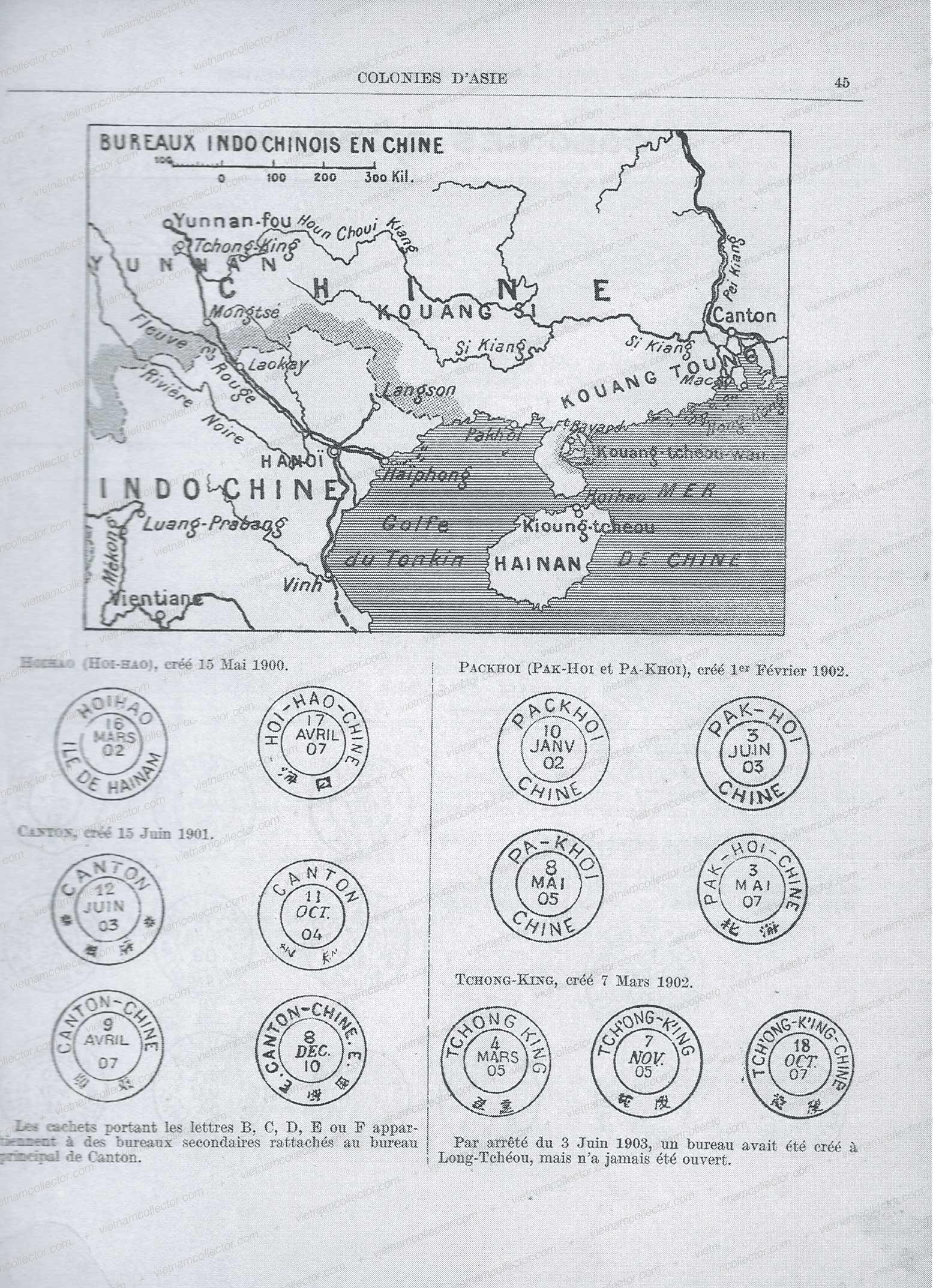