North Vietnam, Shoot-Down of the 500th U.S.Aircraft over North Vietnam, August 30th, 1965, Michel Nr. 393; By 1964 the number of U.S. troops fighting this proxy war had climbed to 23,000 service men. This escalation of fighting men of course also came with a large increase in military equipment such as aircraft. In counting the destroyed aircraft North Vietnam most likely did not only count fixed wing aircraft but also helicopters and unmanned aerial vehicles (UAV) that were much more numerous. Otherwise the numbers would represent a gross exaggeration. Overall the U.S. lost almost 10,000 airplanes, helicopters and UAV’s during the war that ended in 1975. This number did not include aircraft that were owned by the South Vietnamese Government, which lost an additional 2,500 of them (Wikipedia). A single stamp in a 12 xu nominal was issued perforated 11.0. 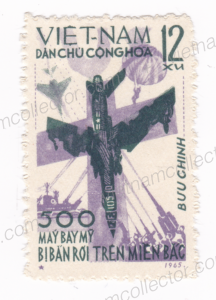 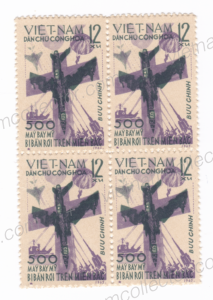 The stamp was not officially released im-perforated but a few imperforate trial proofs have come to market. Here is the im-perforated stamp printed on glossy news print paper (the original was printed on rougher, normal white paper). Note the clearer image as compared to the original caused by the higher paper quality. 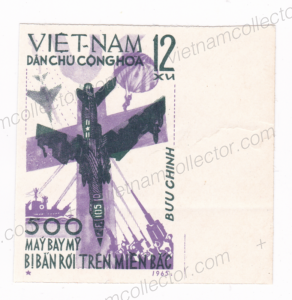 The stamps were produced in the offset printing method that required the creation of printing plates for the various printing stages. Here is a rare pair of zincotypes on a thick plastic film showing one of the two print stages. 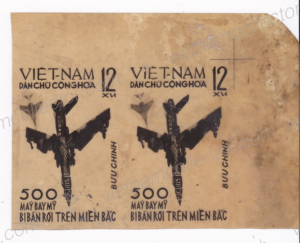 This is the corresponding sheetlet (20.5cm x 10cm) showing a trial proof of the dark green color:

Other color trial proofs were produced, here in red and dark green color but in the end were rejected by the post master.

Postcard with a photo of To-Na depicting a downed U.S. aircraft. 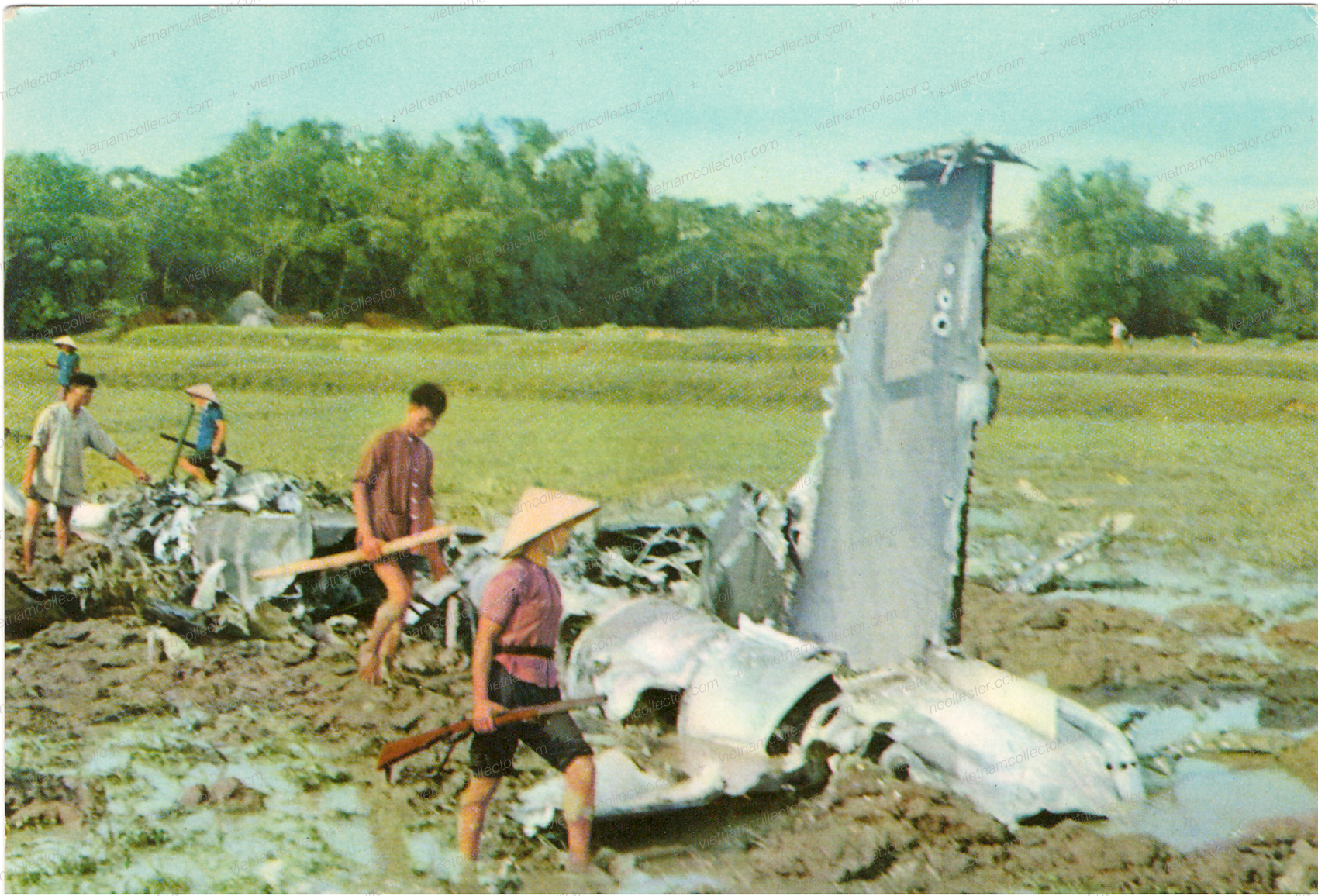 Rare single franking of the 12xu value on a letter from Hanoi to the Soviet Union. Hanoi machine cancel from 1965. Moscow airport cachet on front. Russian arrival cancel on the reverse. 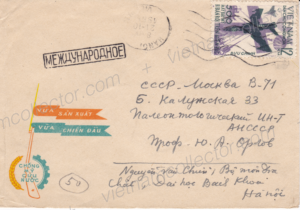 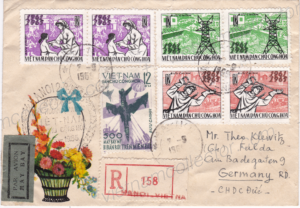 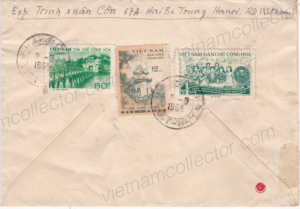 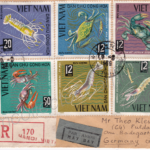 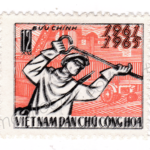