North Vietnam, 8 Years Geneva Agreement, July 20th, 1962, Michel Nr. 223; North Vietnam was still lamenting the fact that the national elections to settle the question of reunification had still not been addressed and so issued this stamp commemorating the 1953 agreement. The South Vietnamese Government blocked the elections as Ho Chi Minh was popular nationwide and in national elections he would have certainly won. A single 12 xu stamp was issued in perforation 11:0. Here is the official Xunhasaba stamp bulletin that was released upon issuance of the stamps. 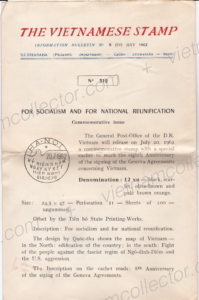 Here is a mint stamp 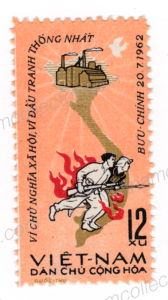 Mint block of four on which the top left stamp shows a production flaw in the shape of “white field to the left of the dove”. 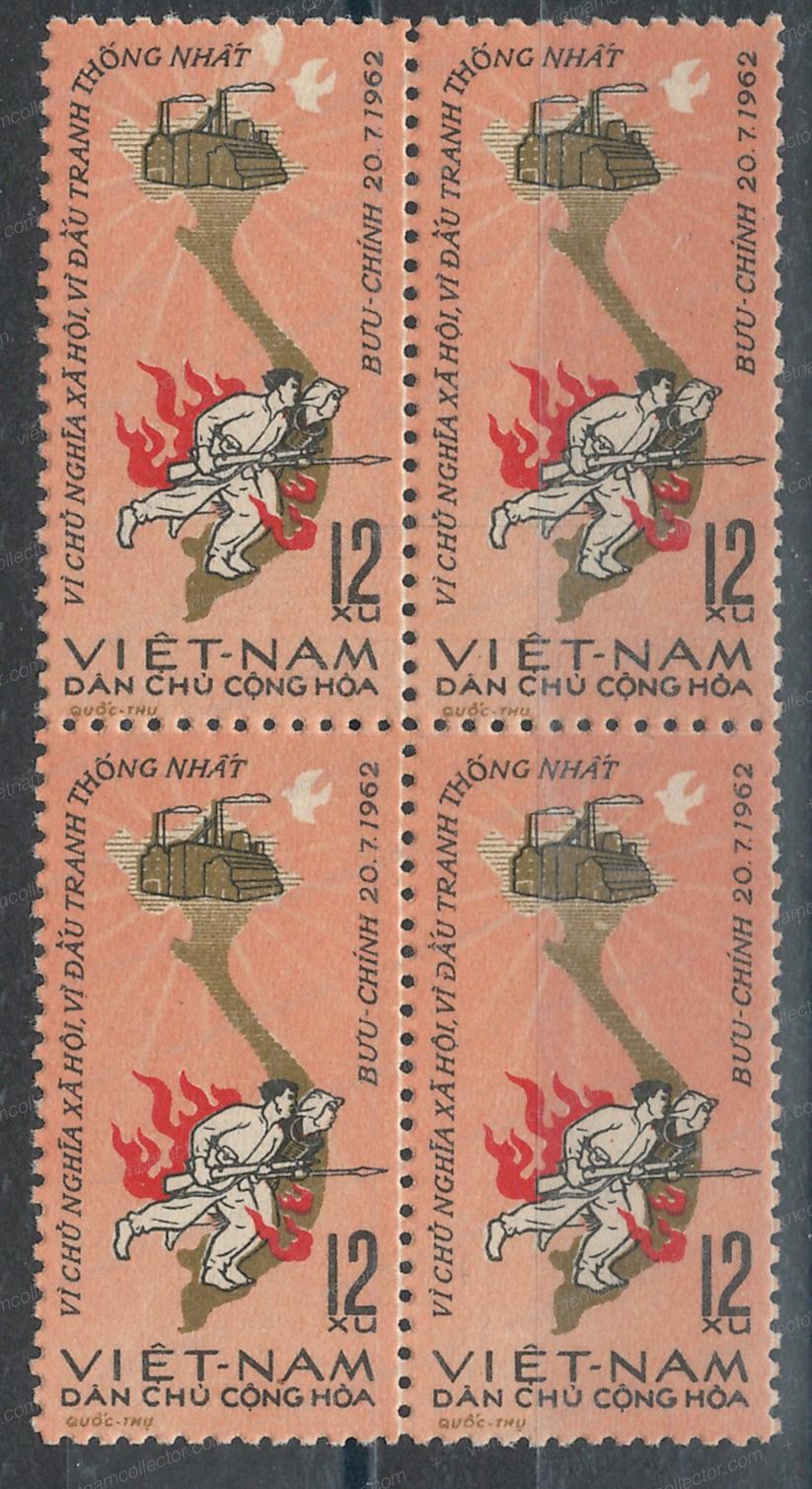 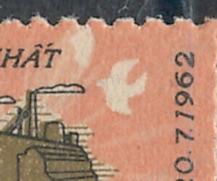 Sometimes so called color errors are offered where this stamp appears to be yellow. However, the editor believes these are actually color changelings that were caused by direct sunlight exposure. On this example one can still see some of the orange color towards the bottom of the stamp where it was not sufficiently bleached out. 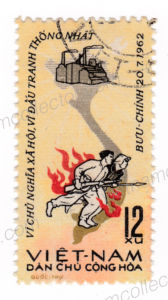 Perforation errors do occur. here is a vertical pair of the stamp which was left imperforate in-between the two stamps. Listed in Michel but at €30 totally inadequately valued. This error virtually never comes up and if it does is readily snapped up by collectors well in excess of the catalogue value.

Here is another perforation error on a postally used stamp that is on a small piece. The perforation strike went through the center of the stamp. So the postal clerk just cut the stamp out with scissors. 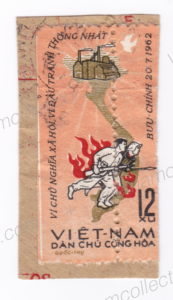 Rare single franking of the stamp in a postally used letter from the First day of Issuance sent to Klewitz. The standard letter rate to West Germany was actually 50 xu but the clever sender duped the postal clerk in thinking the letter was addressed to East Germany (standard letter rate 12 xu) by writing “RDA” at the bottom of the address. “RDA” stood for East Germany. 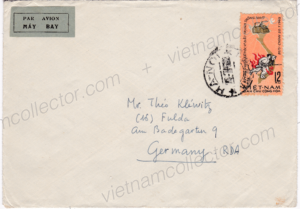 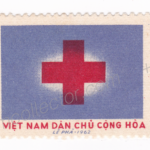 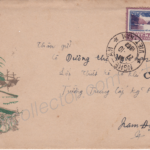