International Year of Education of UNESCO

A few of the prepared but not issued stamps were left imperforate and sold this way after the war. Here is the one of these imperforate trial proofs. 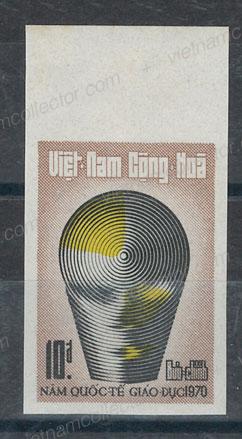 Single franking of the stamp on a domestic letter sent from Saigon to Vinh Binh in January of 1973. 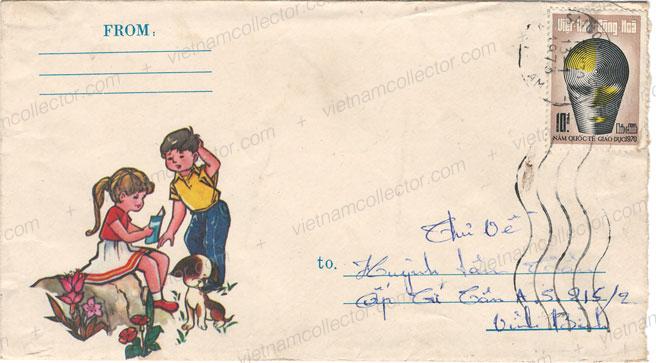 Mixed franking of the 10D UNESCO stamp together with stamps from the Folk Dances, 3rd Anniversary of the Revolution and TET Offensive Reconstruction sets paying an overall postage of 93D on an international registered letter sent from Saigon to Switzerland in February of 1971.