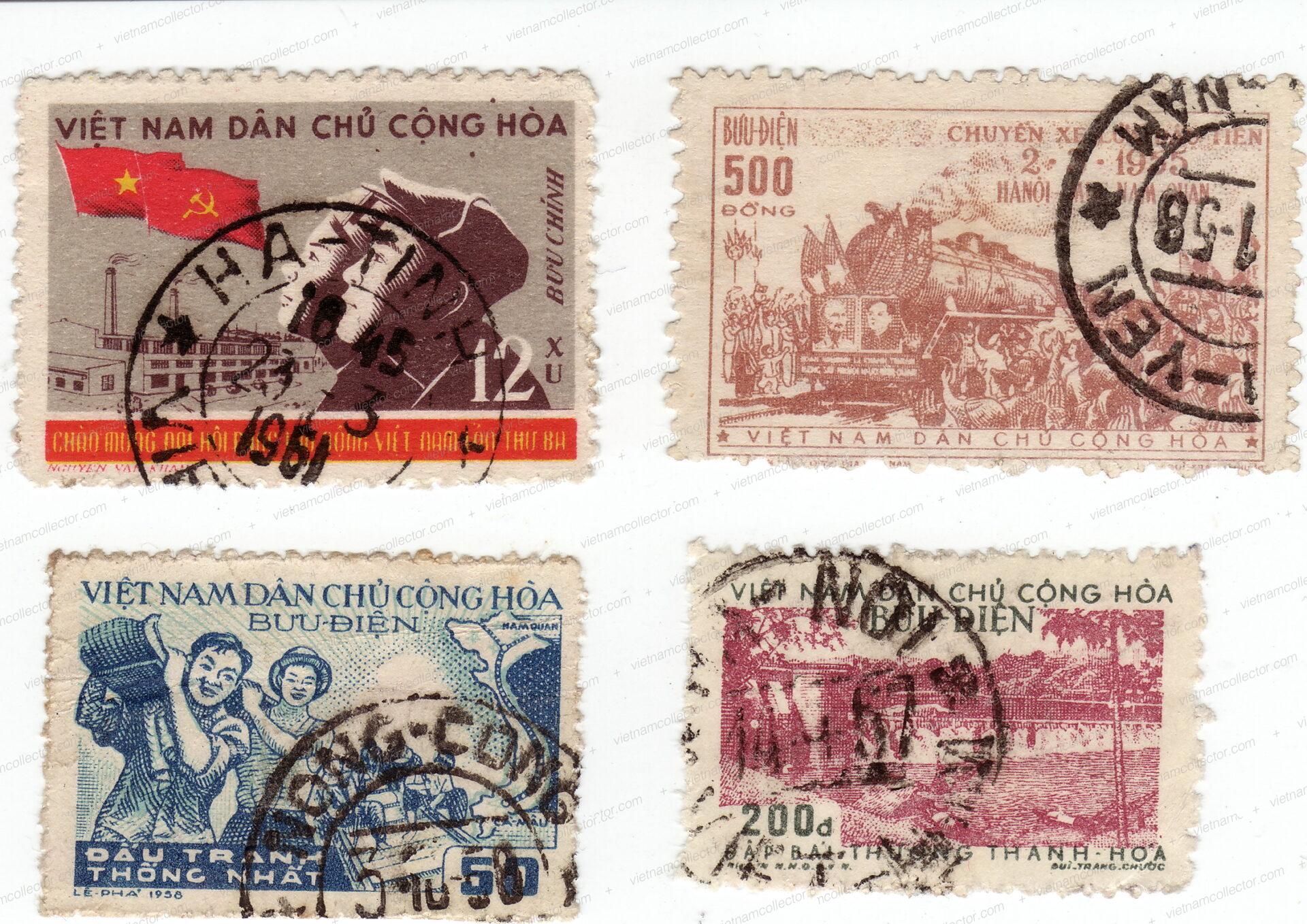 When observing auction sales on Ebay and other commercial sales sites, you may have noticed that some sales of used North Vietnam stamps appear to achieve what look like almost spectacular results. You may have wondered why on earth someone was willing to pay so much for a particular used set that you were able to buy for a fraction from a dealer or on the web just a few days earlier. Well, the reason may be found in the cancellation that was used to cancel the stamp.

Most of you are aware that not all cancellations are equal. First day cancellations and special cancels issued for a special occassion are priced by some, and therefore generally yield higher results. Conversely, favor cancels that were applied by the post office upon demand of a collector or cancelled to order (C.T.O.) are usually less desirable as most collectors try to document postal history in their collection in the context of the initial purpose of stamps, which is prepaying for the actual delivery of postal items. Finally some postal authorities use stamps as an easy way to garner foreign hard currency. They will sell mint versions of their stamps at face value which usually leaves a tidy profit as few collectors will ever demand the postal service they prepaid. The remaining unsold mint stamps will then be cancelled “en masse,” usually by applying a cancel to the entire sheet and then sold below face value. In the past, this was done by hand; but today, many postal authorities already overprint a certain quantity of stamps with a cancel that is uniformly applied to the whole sheet.

North Vietnam, like many communist countries, is and was one of the countries that has produced numerous sheet cancellations, typically by applying a Hanoi date cancel depicting two stars to the left and right of the date. This practice started already in the 1950’s and continues till today. When stamp collecting was a pastime taken up by a large portion of the population, these stamps usually ended up in country-specific stamp packets or in kiloware featuring many countries of the world. They were gifts that most kids at that time appreciated and this is how they found their way into collections.

Today, when you see used North Vietnam stamps issued between 1948 and 1996 offered for sale, about 99% of them are ‘cancelled to order’ or ‘sheet cancelled.’ One can easily see this as these cancellations are done as efficiently as possible. One date cancel  is applied to a block of four stamps leaving every stamp with a quarter of the cancel. Also the ink of these cancels is often lighter in color from manual cancels, as the worker in the philatelic office struck the cancel as many times  as possible before re-inking the cancel in the stamp pad. 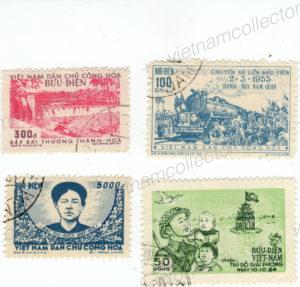 A clear sign of cancelled to order stamps is the fact that the cancel only shows up in one corner showing no more than 25% of the cancel.

Postally used stamps, coversely, are rather hard to find. This has to do with the fact that postal volume in North Vietnam, especially in  in the ’50s to ’70s, was relatively low and that many envelopes were recycled for other purposes due to a lack of natural resources in the economy. They can usually be recognized by the fact that most of a cancel was struck on a stamp or that the strike is in a position that looks irregular when compared to the efficient sheet cancellation. Many times postal use cancels are also bolder in color and they have smudges. Also, if the place documented by the cancel is somewhere other than Hanoi or Ho Chi Minh City, one has a pretty good chance of having a ‘postal use cancel.’ 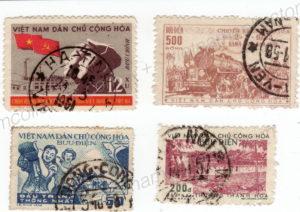 The dramatic difference in availability between ‘favor cancels’ and ‘postally used cancels’ of course results in a substantial price difference. Unfortunately, with very few exceptions, few stamp catalogue makers make this distinction. Scott provides simply used valuations for a contemporaneous cancel of postally used stamps (which can be defined as a cancel that was applied at a date close to the issuance year of the stamp and never after the validity period of said stamp). Michel is quite a bit more sophisticated. It tends to indicate the cancelled value of the stamp a collector is likely to find it in. For NV Michel Nr. 1-66 that is postally used stamps and for Michel Nr. 67-2,739 that is for C.T.O. cancellations. C.T.O valuations are indicated by a circle with diagonal stripes. Michel also states that postally used stamps of Michel Nr. 67-2,739 are to be valued at least the same as mint stamps. Michel, like Scott, requires that the cancellation be contemporaneous. 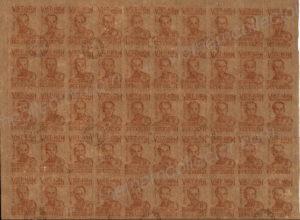 Entire sheet cancel of 1948 HCM issue. Please note that the cancel was applied in 1990! Postal authorities often sheet cancel stamps they could not sell at the postal counter. This type of cancellation would be worth only a fraction of what a postally used stamp in the late 1940’s would be valued at.

The difference between the valuations of ‘postally used’ and C.T.O. stamps is demonstrated by Michel in the years 1956 through 1957. Here, Michel specifically has identified some issues that are normally found postally used but were also sold C.T.O.. The rare set of the guerilla fighter Mac Thj Bu oi (Michel Nr. 46-49), for example, is valued at €170 postally used while the C.T.O.version is only valued at €50. The valuation difference for the stamp issued for the 4th Global Union Congress(Michel Nr. 63) is even more dramatic, with a valuation of €7 vs. €1.

Since Michel does not issue an English language version of the South East Asia version of its catalogue, it appears that many non-German speaking collectors have missed this subtlety. This is demonstrated pretty much every day on commercial websites. Sellers will invariably use the highest catalogue they can find to advertise their product and buyers simply accept that at face value since they do not know better. Generally, one can say that used stamps transactions with stamps issued from 1948 until 1958 based on Michel are mostly overpriced, while transactions for used NV stamps from1958 until 1996 , based on the same catalogue, are underpriced.

So, if you keep you keep this in mind and keep your eyes open, you will avoid being disappointed and you may even be able to locate a bargain. 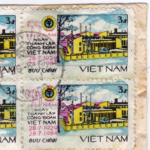 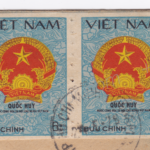