Rare single franking of the yellow 12xu stamp on a letter from 1963 to East Germany. 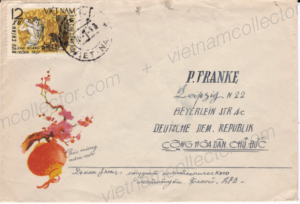 Here is a very rare express mail letter (ex Klewitz) that features the entire set twice. Overall the letter is franked with 8.48 Dong which is most likely too high. The standard letter rate to West Germany amounted to 50 xu and the express mail fee also to 50 which would have come to a postage if 1 Dong at 20 grams. Of course the letter could have been heavier than the standard but most likely a philatelic franking to get the rare 2 Dong value on postally used cover. Bebra arrival cancel the reverse. 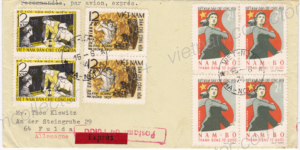 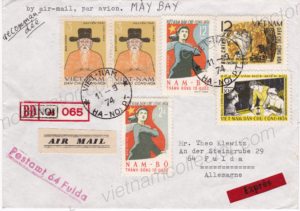 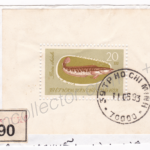 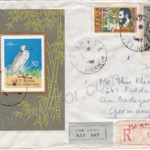