This stamp was not officially released imperforate, however, a small number of imperforate trial proofs have come to market. Here is the imperforate stamp from the left sheet margin.

Cut-out from a large commercial air mail envelope that features a mixed franking of the 6D Labor Organization stamp together with stamps from the Vietnamese Women, Post Office, General Mobilization, Rural Development, Nations of the Free World, Birds and Agrarian Reform sets paying an overall postage of 27.50D. 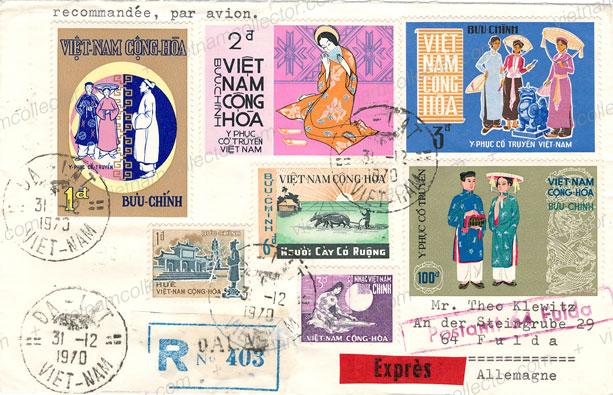 Mixed franking of the 3D booklet stamp together with the 6D Agrarian Reform stamp paying an overall postage of 9D on a domestic letter sent from Mytho to Saigon in April of 1972. 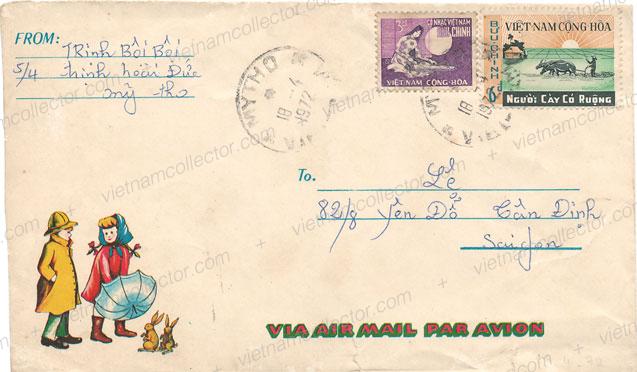 Reconstruction of the old City of Hue