North Vietnam, Butterflies, November 18th, 1965, Michel Nr. 405-410; Six stamps in the nominals of 12 xu (four stamps), 20 xu and 30 xu were issued perforated 11.0 and im-perforated. The im-perforated stamps are quite rare, more so than other stamps that were issued on that basis.

This is the perforated set. 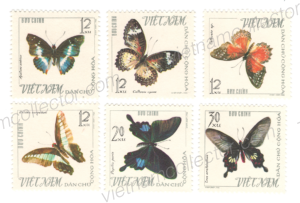 Here is the entire set imperforate in mint blocks of four: 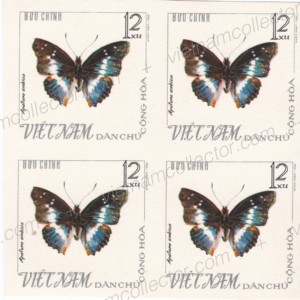 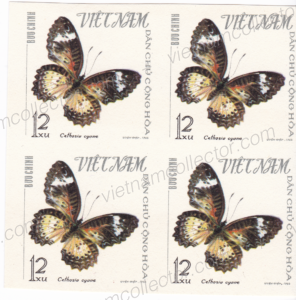 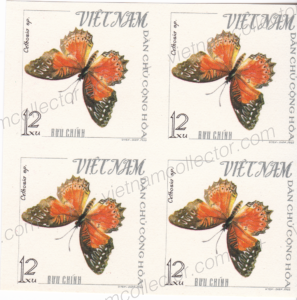 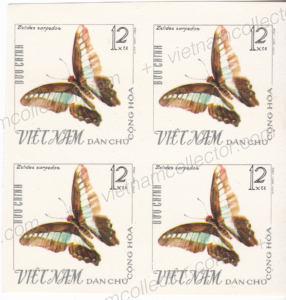 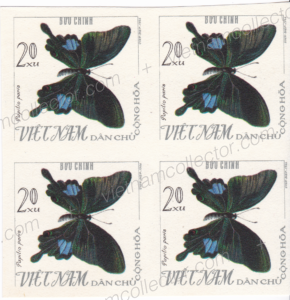 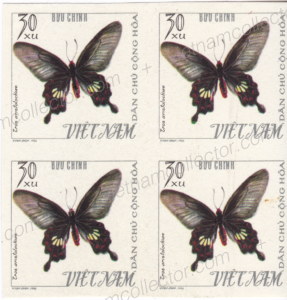 Here is a registered letter sent to Klewitz with the entire mint perforated set. The overall franking amounts to 1.12 Dong which is slightly above the required tariff of a standard register letter to West Germany of 1.10 Dong. 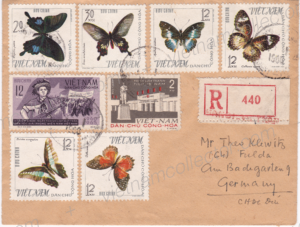 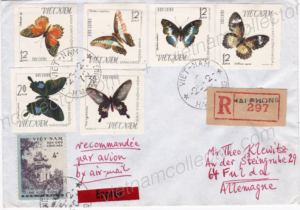 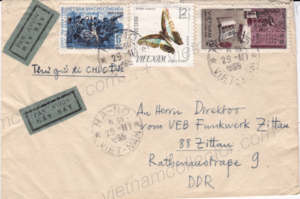 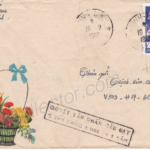 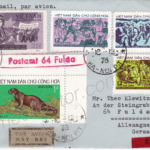