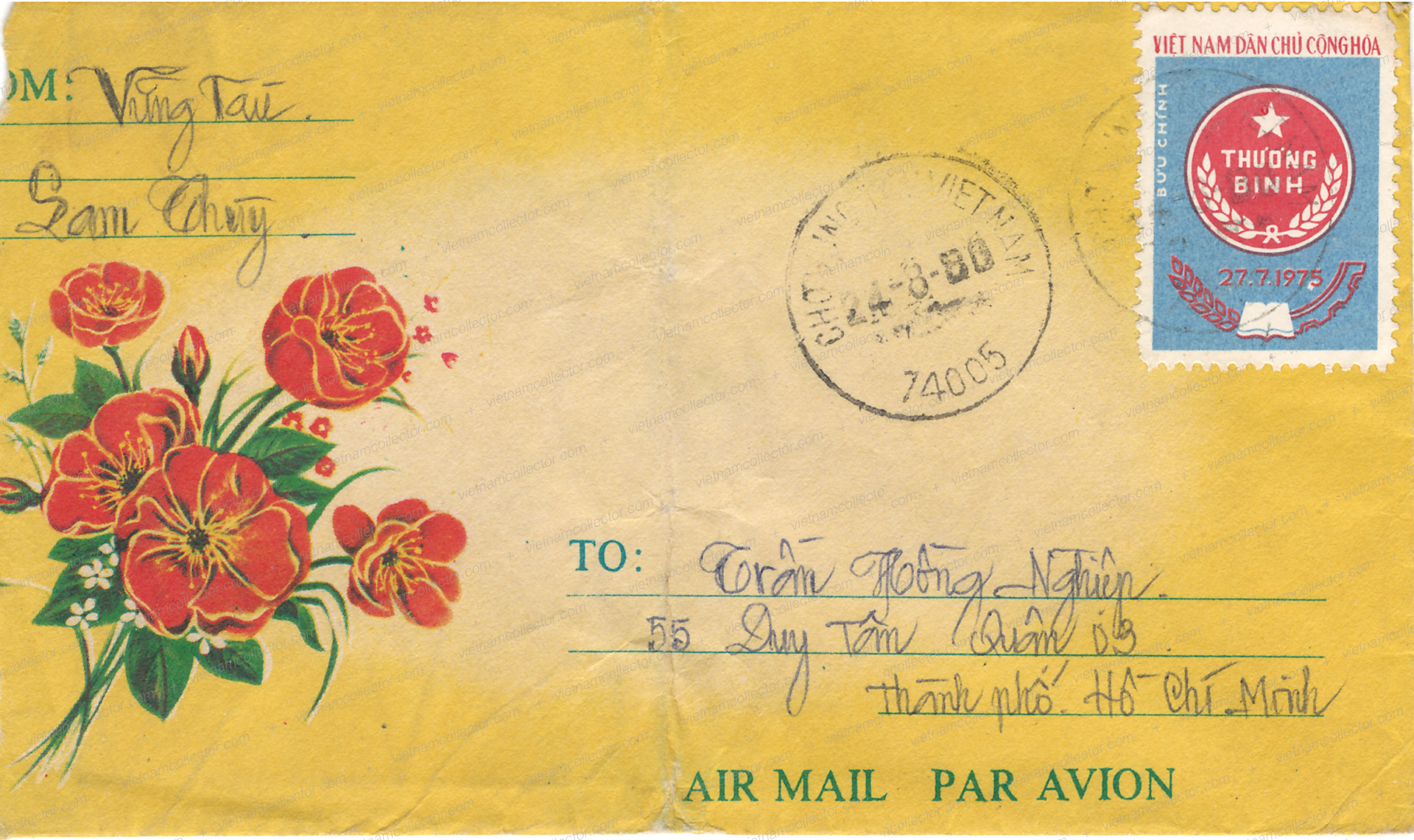 There are some re-occuring plate errors. Here is the green stamp that shows parts of the word “Vietnam” missing. This error is quite rare, so may only occur on a partial printing.

Here is a detailed scan of the affected area.

The blue/red stamp also has a plate error but this one is much more numerous. It occurs on a number of stamps in the sheet so may have already been present on one of the original cliches which then got copied in order to assemble the sheet. It takes the form of a small white dot under the “5” of “1975”. Below is a mint block of four that shows all four stamps to be affected.

Rare registered local letter mailed by a injured veteran in April of 1987. The free frank was only valid for a standard surface letter so the veteran had to pay additional postage for the air-mail and registration service. The letter carries three of the green free frank s plus two of the 4D Congress of the Communist Party stamp in the rare perforation 12.5. The overall postage amounted to 8.36D

Local letter on a hand-made envelope sent in May of 1985. Since the postal tariff in 1985 was already higher than the 12xu when the stamp was issued it appears that the free-franks were treated like U.S. “Forever” stamps which means they held their value of paying for a standard surface letter at any time and regardless of the tariff in force at that time.

Rare multiple franking on a local letter of the green stamp on an air-mail letter. The term “May Bay” stands for Air-Mail and that additional service required two of the free-franks.

Local letter sent from a military unit D3-C10-B12-A1 in February of 1985. This letter is actually under-franked as it was sent by air-mail and hence should have had two of the stamps to cover the postage.

Local letter mailed from a military unit to Ho Chi Minh City in December of 1983.

Rare multiple franking of the military free frank most likely paying the air-mail surcharge (one additional stamp) and the second weight level on a local letter sent to Vinh Long in Feburary of 1984. Vinh Long arrival cancel on the reverse. The two right most stamps show the plate error of “white dot under 5 of 75” 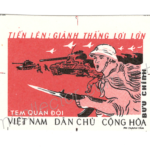 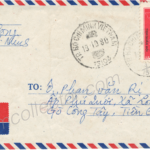 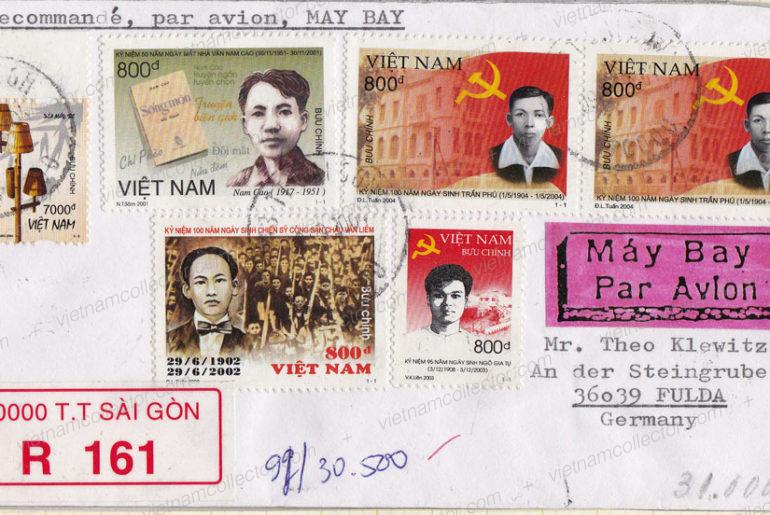