Single franking of the 4C on 10C value on a domestic on a small envelope sent to Fort Bayard. 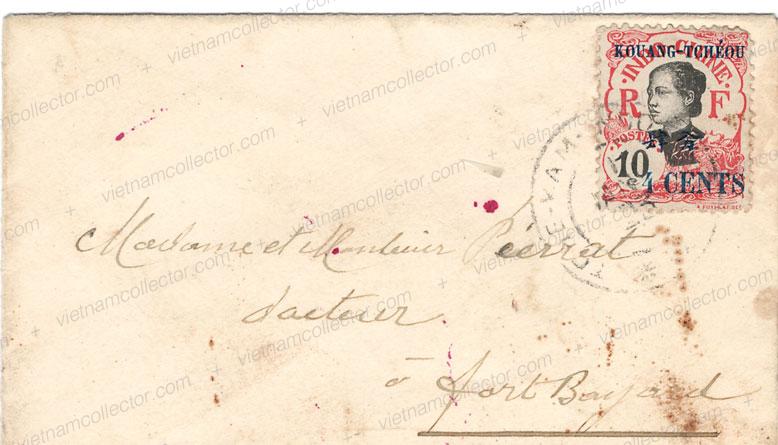 Multiple franking of the 16C on 40C values (8) paying an overall postage of 1.28P on a registered international letter sent in February of 1930 from Hue to Switzerland. Yokohama-Marseille paquebot and Zürich arrival cancel on the reverse. 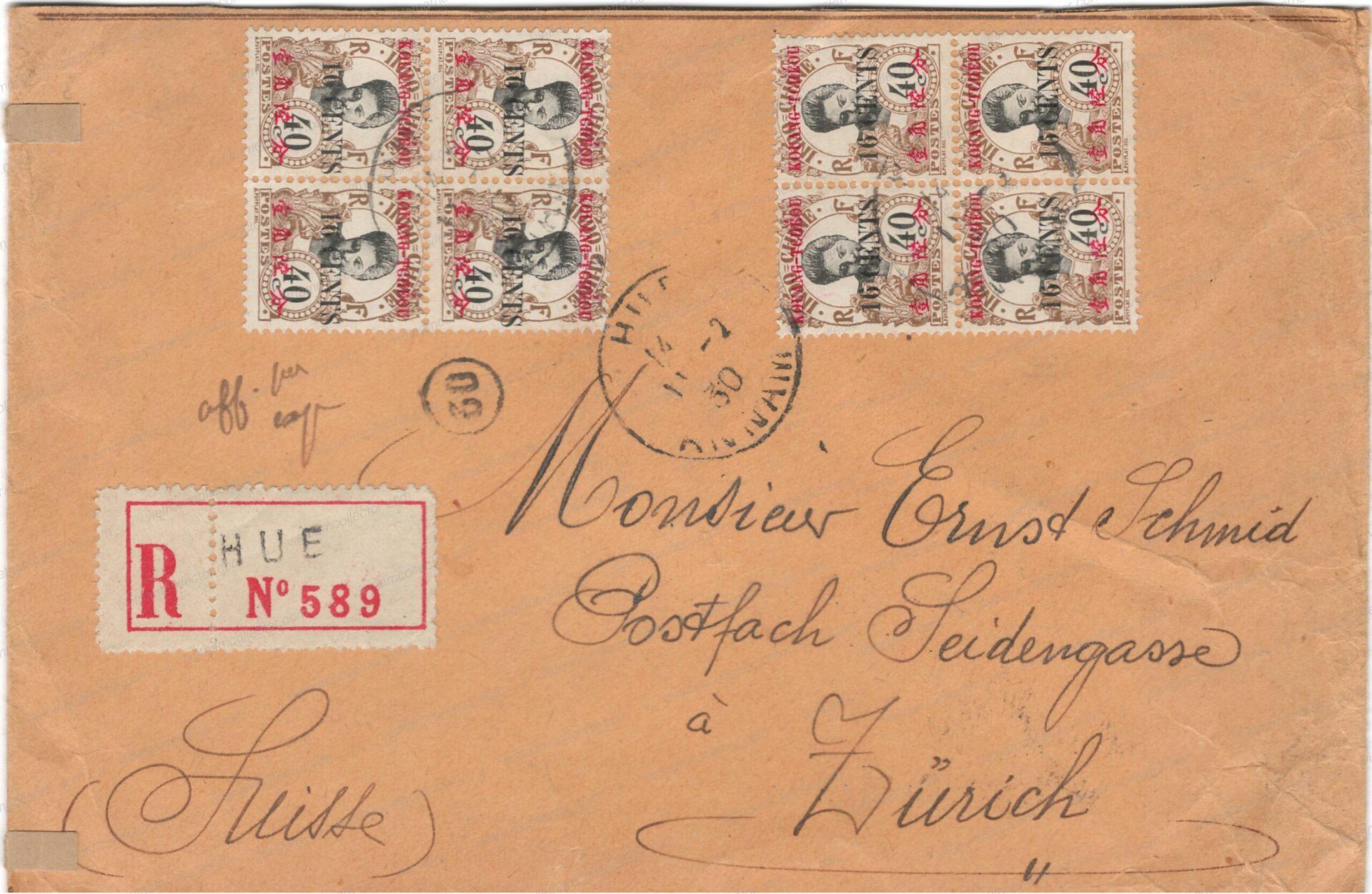 Indochinese Women overprinted for use in Kouang-Tcheou 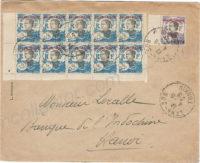 Indochina, Indonesian Women in new Values and Colors overprinted for use in Kouang-Tcheou