A printing error is known on the 10D value. In the 1970’s stamp cliches were still assembled manually in order to reflect certain colors. Below is a mint pair on which the left 10D value shows a faulty covering of the “d” in “10 Dong”. Here the repo worker only covered the “d” partially resulting in a mostly black instead of a red letter.

Details scan of the affected area. 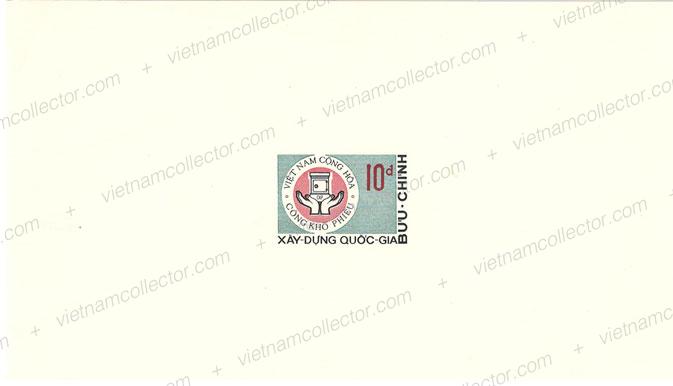 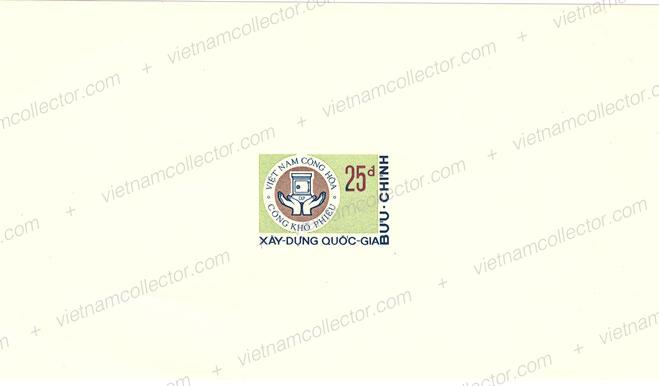 Single franking of the 10D value on a domestic letter mailed in Saigon Cholon in July of 1972. 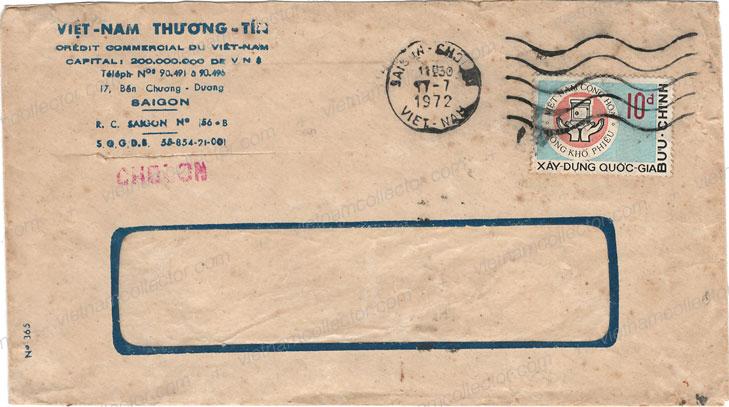 Single franking of the 25D value on a domestic letter sent from Vinh Long to Saigon in February of 1975. 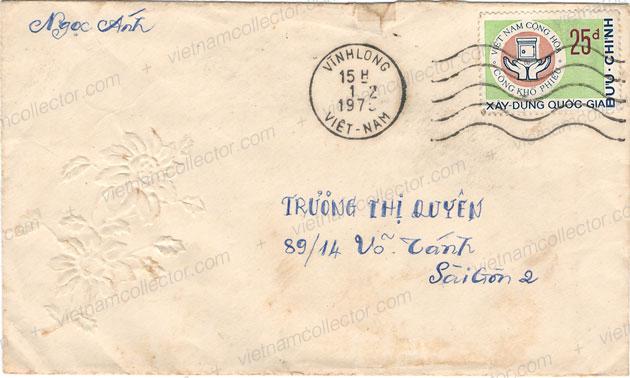 Mixed franking of the 10D Orchid stamp together with stamps from the Sights, Calligraphy and Buy Government Bonds sets paying an overall postage of 100D on an international surface letter sent from Saigon to England in March 4th of 1975. The letter took a full nine weeks to arrive as is confirmed by the Reading arrival cancel on front. 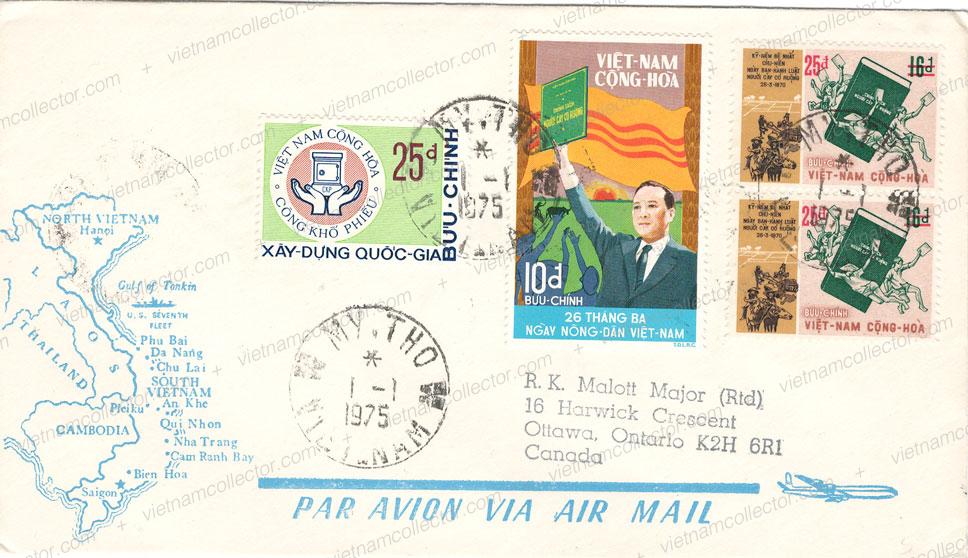 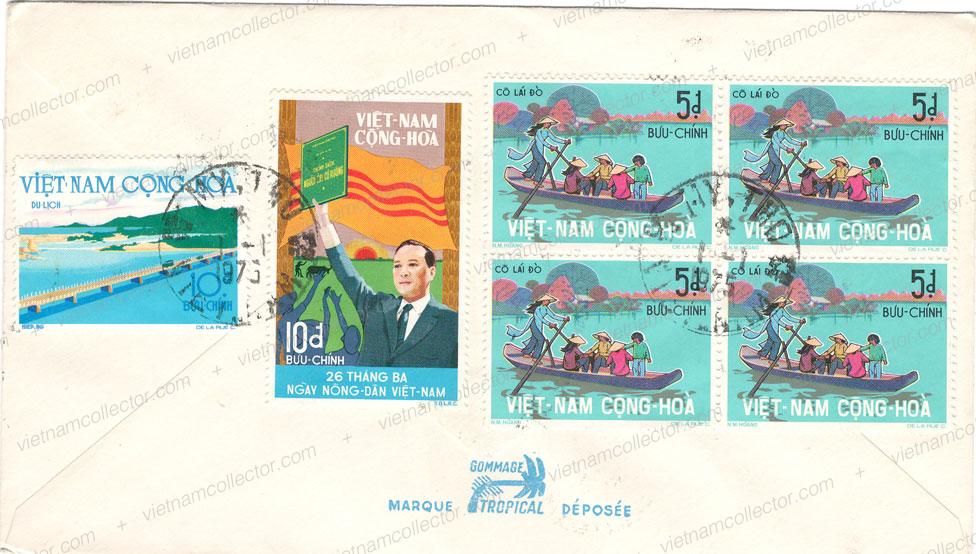