National Liberation Front, 4 Years National Liberation Front, December 20th, 1964, Michel Nr. NLF 6-8; Three stamps in the nominals “10”, “20” and “30” (but no currency unit) were produced in the Soviet Union. The first printing was produced in sheets of 81 stamps (9 stamps and 9 rows) with all the values attached to each other and in perforation 11.0. In a later printing the individual stamps were produced by themselves in mini-sheets of 20 stamps and in perforation 12.5.

Here are the mint values of the second printing in perforation 12.5 in strips of three.

Hers is the cancelled to order set in perforation 11.0. 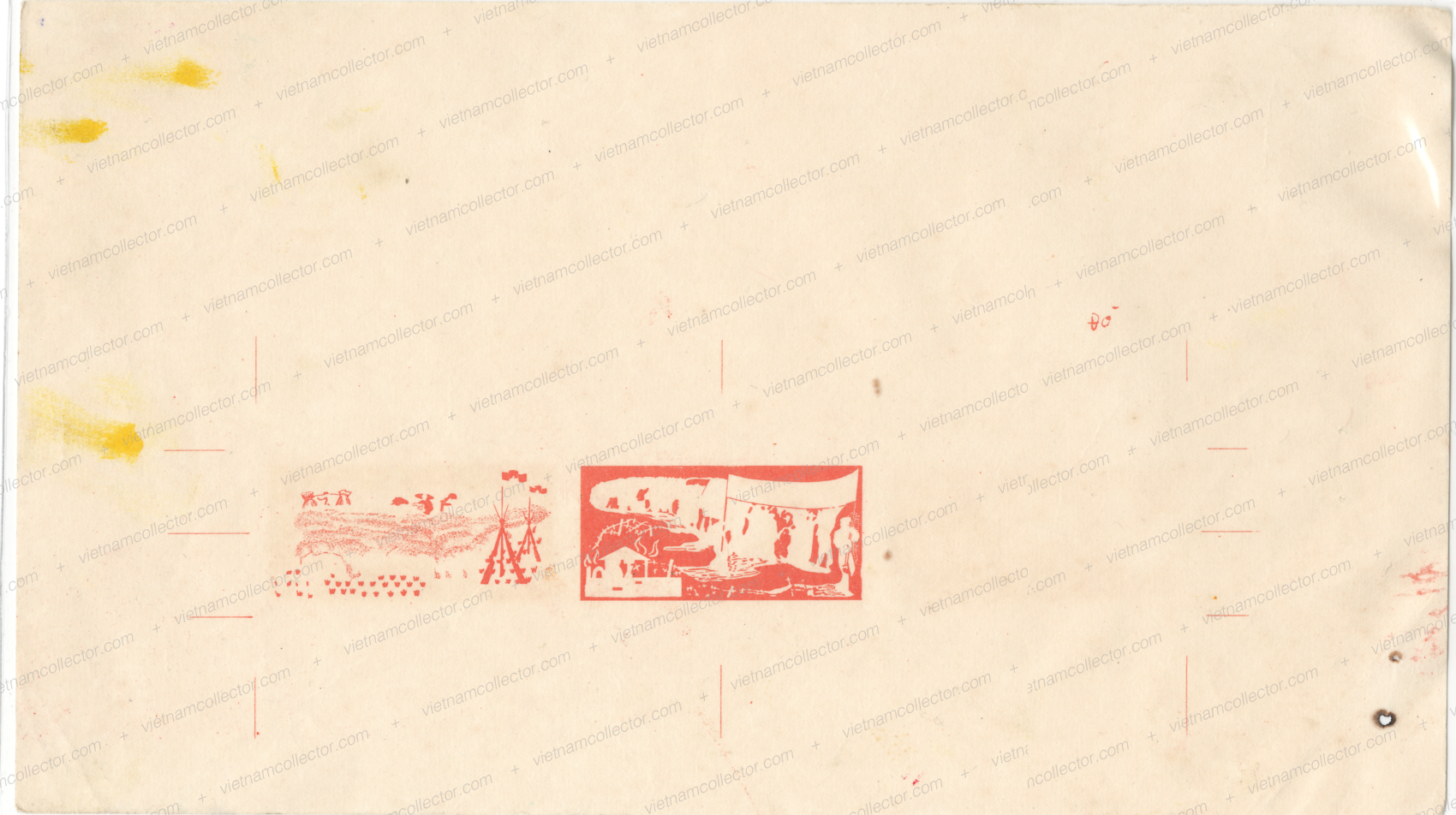 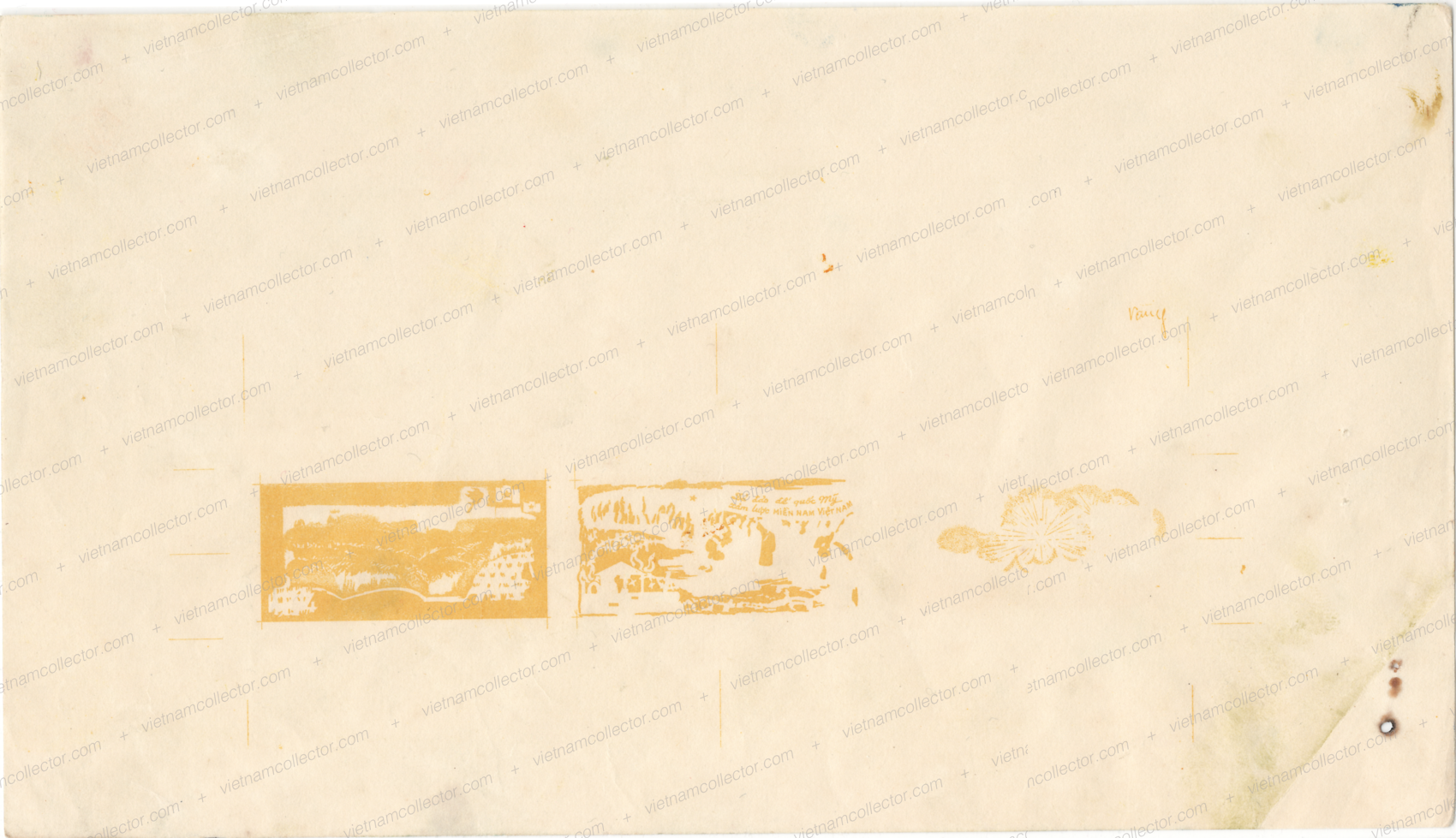 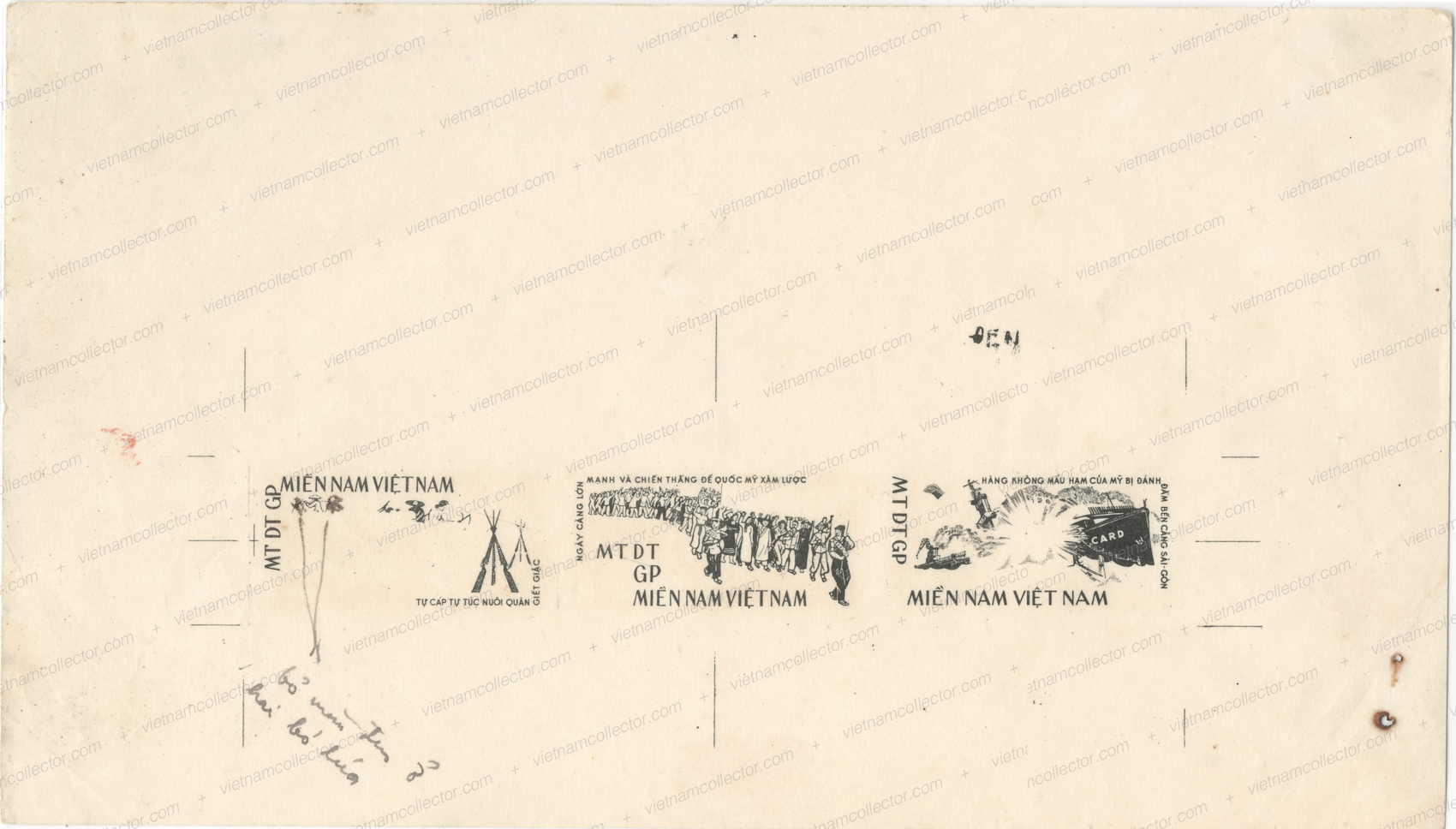 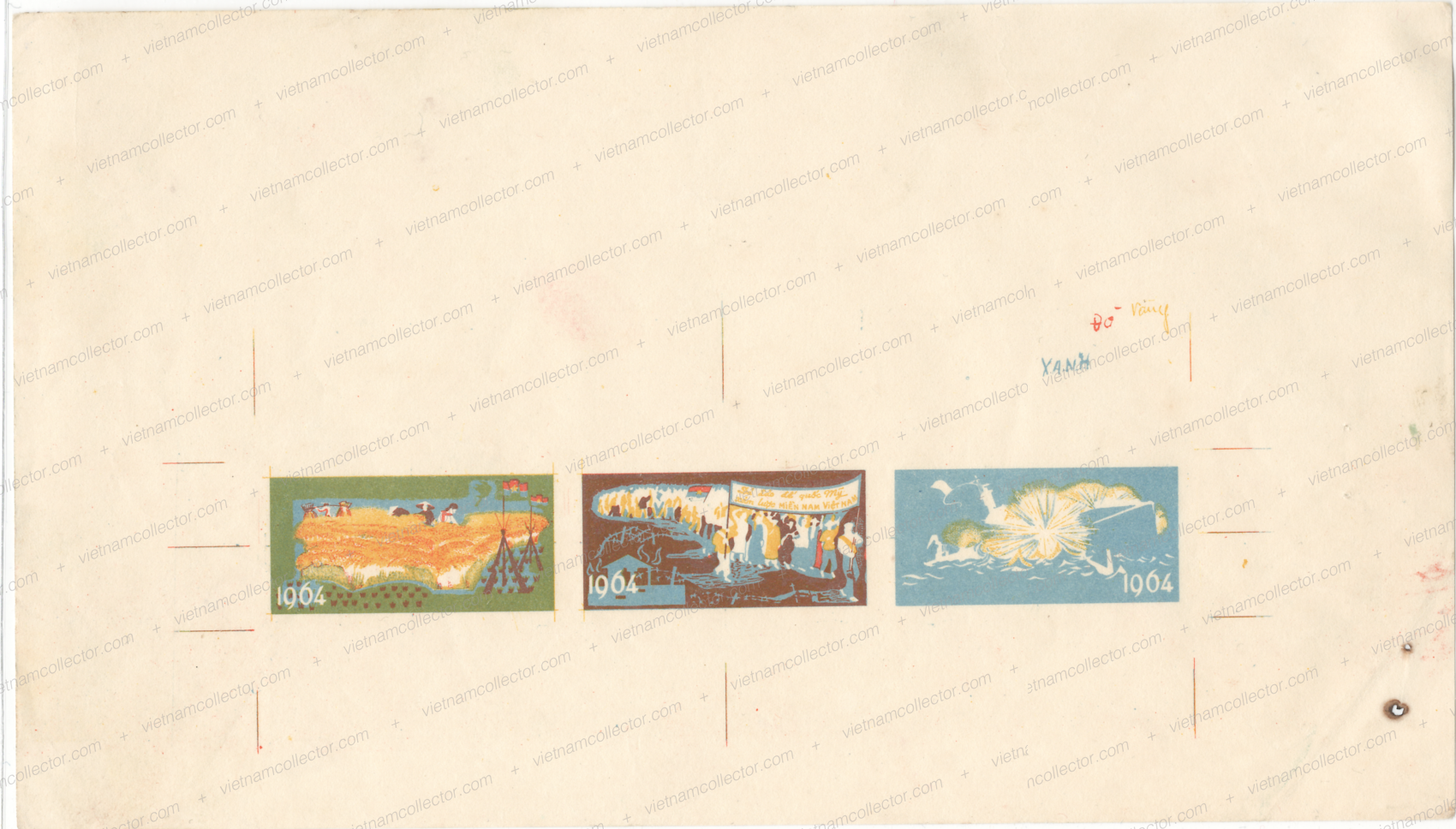 The National Liberation Front was an underground army of people that often posed as ordinary citizens and farmers during daytime but became soldiers at night. This made it so hard for the Army of the Republic of Vietnam (ARVN) and the Americans to defeat them. In order to scare this underground army and erode support among the population, ARVN distributed propaganda leaflets intended as psychological warfare like this original one below (ex Munshower). It basically tries to impress Viet Cong or North Vietnamese Soldiers by the superior strength and fire power of the ARVN allies into surrendering.