Unified Vietnam, Olympic Summer Games Los Angeles 1984 (II), Unissued, Michel Nr. A1451-H1451; After the Vietnamese Government joined the Soviet Union on May 11th, 1984 to boycott the Olympic Summer Games in Los Angeles, postal authorities had no choice but to cancel the release of the second stamp set and souvenir-sheet which had been planned for June 5th, 1984. So, the statement in Michel that these stamps were initially released and later on withdrawn, is not correct. Later on the stamp series and the souvenir-sheet appeared with Hanoi favor cancels with the planned first day of issuance (Perforation 12.5). The favor cancel is struck across four stamps at a time so each stamp only gets about 25% cancel coverage. 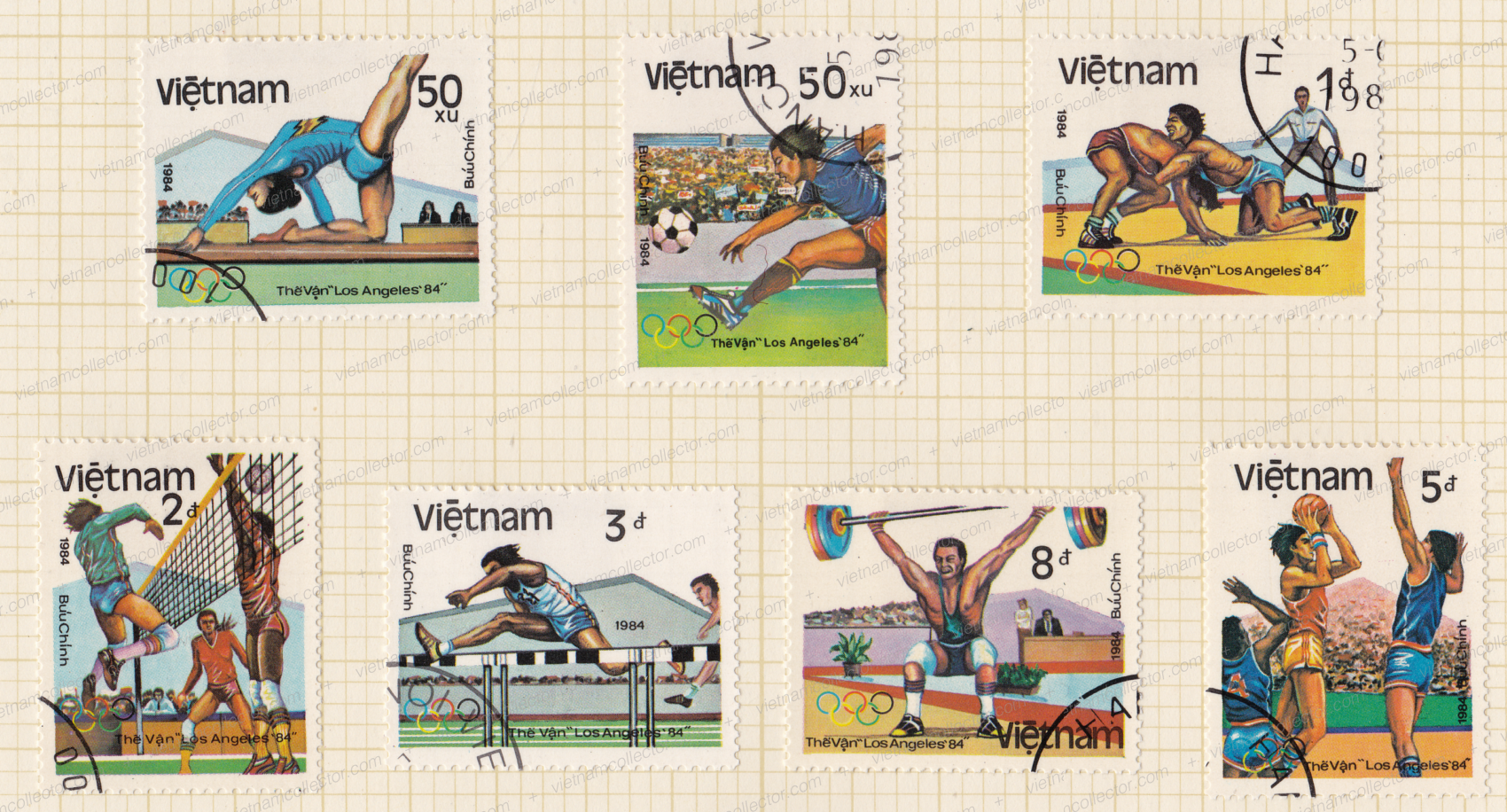 Here is the favor cancelled souvenir-sheet. 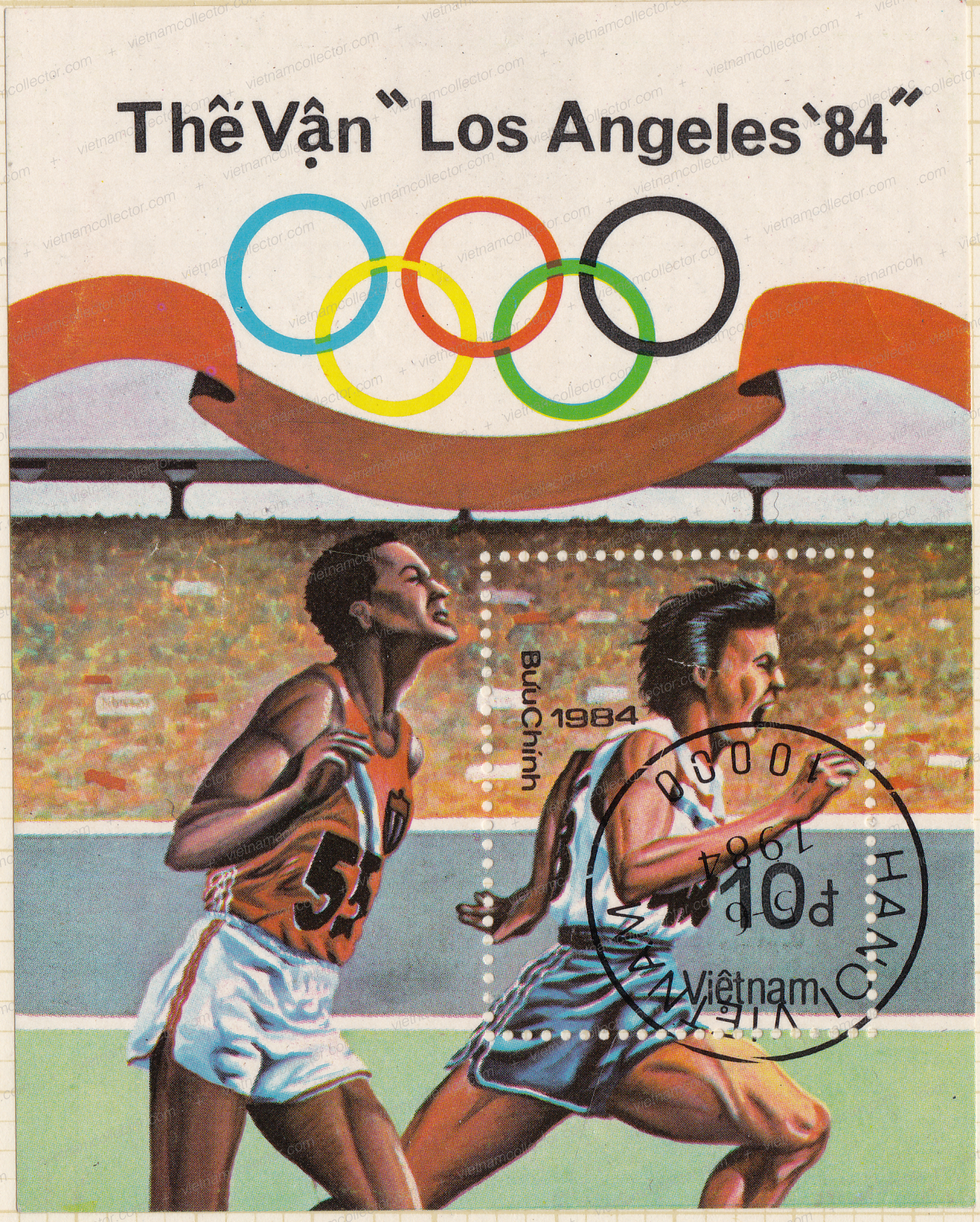 Eight years later, at the beginning of 1992, it appears someone in the postal administration decided that enough time had passed since the 1984 boycott and the stamps and souvenir-sheet, that were sitting around unused, were sold in mint condition into the philatelic market. Here is the mint stamp set. 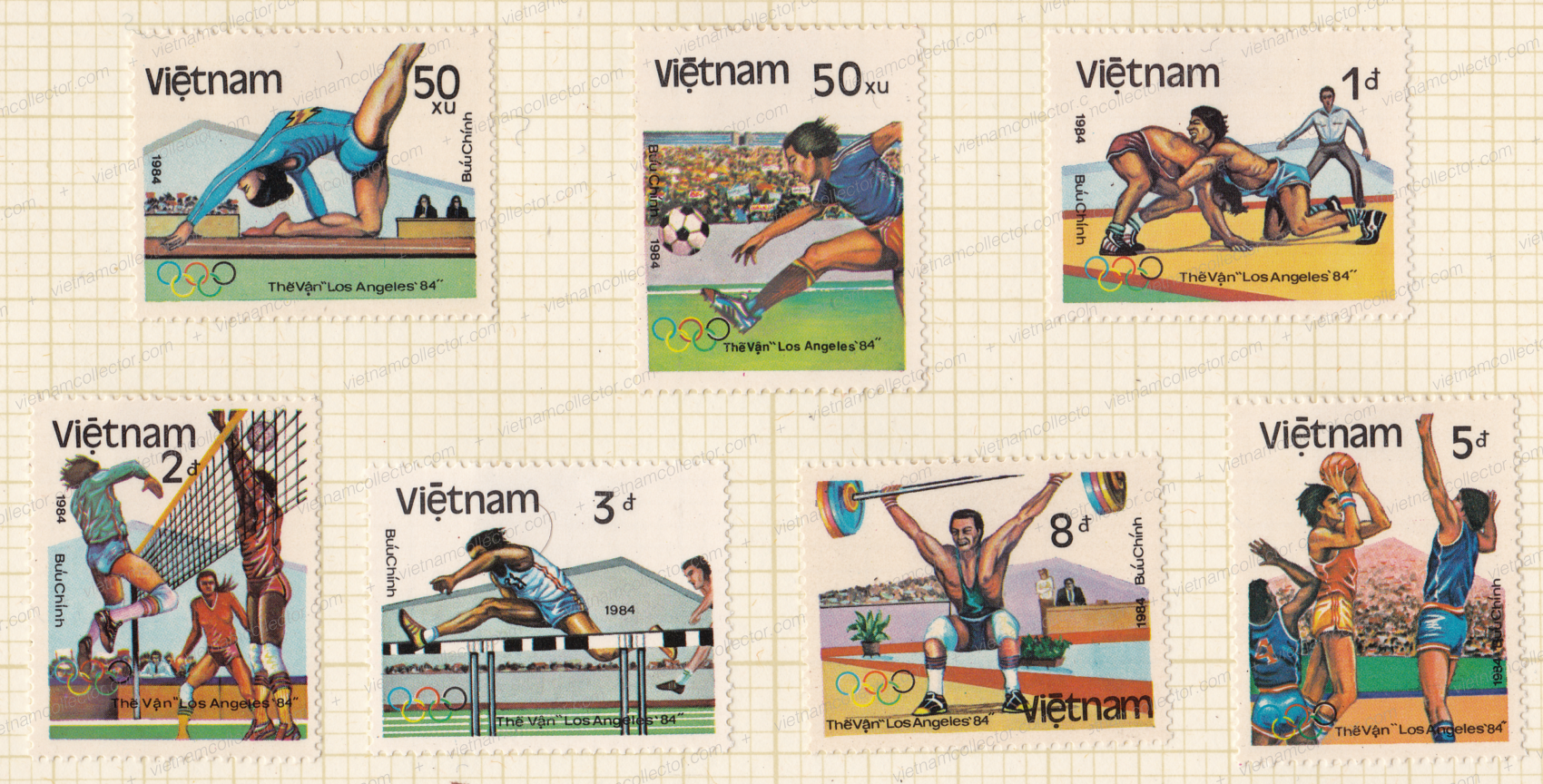 Michel reports that despite being sold mint in 1992 the stamps were still not valid for postage but this cannot be correct as is documented by the registered letter below, sent in April of 1992 from Ho Chi Minh City to Klewitz. The letter carries the entire Olympic Summer Games set plus other contemporary imperforate stamps for an overall postage of 17,120D. The editor is not aware of any other postally used letters with these stamps. Very rare.

30th Anniversary of the Battle at Dien Bien Phu