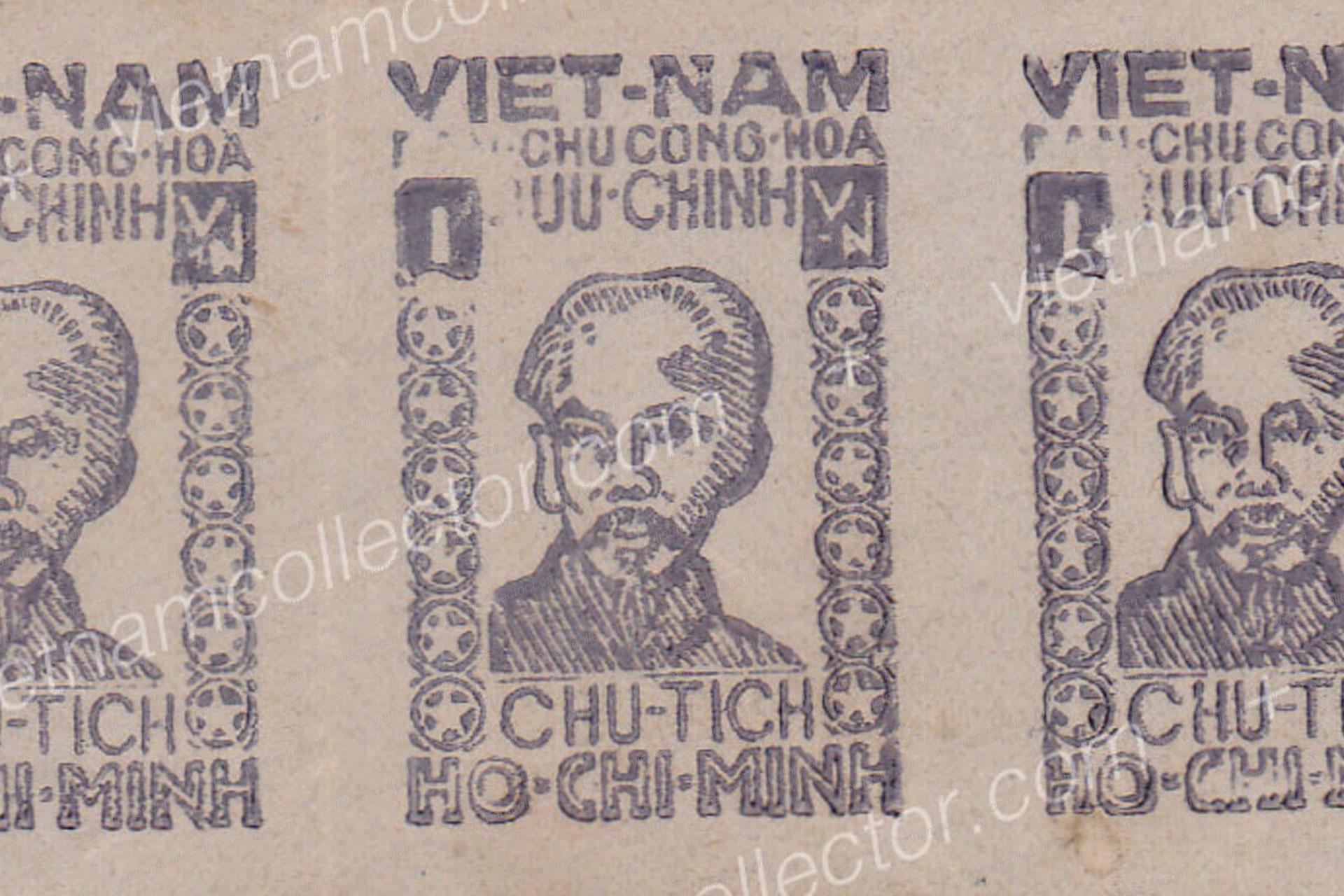 After the author discovered a so far unknown LKV stamp (see ICP Nr. 222), it occurred to him that until now, no global inventory of these stamps exists. All we knew so far is that they are very rare; but their relative scarcity among the different values and the relationship between mint and used stamps was so far not known.

Of course the question was, how to go about that. A good start was to look at the accumulations by reputable philatelists who started to collect these stamps early on, right after they were issued, and at a time they were essentially unknown to the philatelic community at large. Here just three names came to mind; Tran Trong Khai, and former SICP members Jacques Desrousseaux and Theo Klewitz.

Khai used to maintain a website (unfortunately, now defunct) that displayed a large number of these stamps. Luckily, the author printed out the display of the LK V stamps in the past and used it as a start for the count. He then approached SICP members Frank Duering, who was kind enough to contribute all the LK V stamps collected by Klewitz which are now in his collection, plus any stamps he had since acquired, traded or documented from different sources. SICP member Lucian Lu also contributed his knowledge. He, at one time, has handled or owned many of the LK V stamps in existance and hence provided reliable evidence on quantities currently owned by Vietnamese and Chinese owners. In addition, he looked at the LK V stamps that Jacques Desrousseaux had published in 1991, in his 6th book for COL.FRA called „Les Postes et Courriers Francais en Extreme-Orient“. Other sources were Jean Goanvics website (http://www.histoire-et-philatelie.fr), stamps that were included in the fellow SICP member Jack Dyhouse’s collection, sold in Switzerland a few years ago, the stamp in David Foster’s collection, stamps that had been offered in public auctions in recent years, plus all the stamps in the author’s collection. Worthy to mention, but not in consideration were the stamps in the Kahane collection, also sold in Switzerland a while back, as the the scans were of poor quality and hence it was impossible to ensure that they actually were genuine. The fact that said collection contained numerous fake LK V stamps gave the author additional reason to be cautious.

Of course a lot of stamps have changed hands over time. Father Linh Bui once owned a number of LK V stamps that he acquired from Tran Nguyen, a fomer postmaster from North Vietnam. After he emigranted to California he then sold them to fellow SICP member Lucian Lu[1], who then passed them on to the author and other collectors in Vietnam, California and China. As a result, there is a lot of duplication when one looks at all the records. Luckily, most of these stamps are so unique (due to their cancels, faults, the way they are cut and their variable print), that it was fairly easy to recognize them and avoid any double counts.

Here is the provisional count based on the sources indicated above:

Michel D9 is listed in red in the table as the author has so far only seen a foto of this stamp. It has all the characteristics of a genuine stamp. It was acquired by ist current owner 30 years ago in Vietnam. He has requested a high quality scan from the owner in order to verify ist authenticity and report it to Michel for listing.

The service stamps Michel Nr. I, II and III were not included in this table as the official charcter of these stamps is in question. So far,none of these stamps have been documented on genuine letters of the period or with genuine cancels in use at the time in the LK V area. Known examples are either mint or show fake or favor cancels.

The author does not represent that the above count is complete and an accurate reflection of all LK V stamps in existance. Clearly, it is to be expected that some specimen, lie in collections that have not seen the light of day for a long time or in the collection of very private philatelists who prefer their material not to be known to the public. However, given the fact that most stamps that were passed on over the past 50 years from the original collector generation to later collector generations remain essentially the same, and that hardly any „new“ inventory of these stamps come to the market, as witnessed by the author’s over 20 years of studying collection websites and public auctions, it is also fair to assume that this „unknown“ inventory is not very large.

Interesting but not necessarily surprising is the finding that, generally, the number of mint stamps is much lower than the inventory of used stamps and that of many issues not even a single specimen was preserved in mint condition. One has to understand that these stamps were not produced for collectors, but they represent local issues for South-Central Vietnam, that became necessary, because the LK V area controlled by the Viet Minh was temporarily cut off by French troop intervention and so no supplies of the Ho Chi Minh stamps (NVN Michel Nr- 2 to 6), in use in the North at the time, could be supplied to the area for quite some time[1]. LKV was established in January of 1949 on a consolidated basis of Regions 5 ,6 and 15 (Highlands subdivision). LKV included Quang Nam , Da Nang , Quang Ngai , Central Highlands (Gia Lai , Kon Tum , Dak Lak , Lam Dong) , Binh Dinh, Phu Yen and Khanh Hoa (Nha Trang) . Hoai Nhon (Binh Dinh) was the ” capital ” of the LKV .[2]

In counting the used stamps, the author did not distinguish between stamps on or off cover. They were all counted as used. Also, the author did not eliminate any damaged stamps from the count. Based on damage that is visible from the front of the stamps, about 20% of the total inventory shows imperfections. The postal officers that cut or tore these stamps from the sheets were not particularily careful. Often some part of the design was simply cut or torn off, although the clear space beetwen the stamps in the sheet was actually pretty large. Some stamps received the same treatment when envelopes were opened by scissor. It is to be expected that additional imperfections (paper thins) were created when the stamps affixed by a starchy rice glue were taken off cover unprofessionally. Clearly, damaged stamps do not hold the same value as sound copies, but it would be highly imprudent to reject such stamps entirely for one’s collection by applying preservation standards for stamps that were produced and used under much less challenging conditions. Let’s keep in mind that quite a number of these LK V stamps are rarer than the fabled Blue and Red Mauritius stamps (12 and 15 surviving copies respectively, mint and used)! Some of the issues (Michel Nr. 6A, 11 and D9) so far are actually as rare as the worlds most expensive stamps, the British Guyana 1 cent magenta that sold for $9,480,000 in 2014 and Sweden’s Tre Skilling Banco misprint that sold for SFR 2.88 million (approximately U.S.$2.3 million) in 2010![3]

When looking at the only catalogue that list LK V stamps (Michel Suedostasien 2015), it becomes clear that some work will have to be done with the catalogue maker to reprice these stamps. Here, it will be important to not only look at the relative number of stamps that still exist, but also, at their state of concentration. Michel Nr. 1 is a good example for this. While there are 11 stamps mint and 10 used, in existence, these stamps are highly concentrated in 3 items. All used copies are on a single letter and no one would ever dream of taking these stamps off. The mint stamps exist in one strip of 5 (Exhibit 1), one strip of 3, and three single stamps. Again, no reasonable philatelist would ever cut apart a unit, as there are only 3 mint units left overall that have more than one stamp. A similar situation exists with Michel Nr. 3 where 3 of the 6 used stamps are found on a single cover; and to a lesser degree Michel Nr. 6 (Exhibit 2) where 10 of the 13 used specimens are on a single letter. Clearly these concentrations have to be taken into consideration. Also, the absolute amounts these stamps are currently priced at need to be looked at. While the most recent catalogue has seen some long overdue increased revision in prices, one has to ask if €5,000 is really enough for a stamp that only exists in a single copy. Of course prices are determined by the market that balances supply and demand. The problem here is that until now, the market had no transparency how many stamps survive. Also,single LK V stamps hardly ever come to market (often, they move from one collector to another in a private transaction) and hence, there is no public record of the prices paid. Finally, the flood of fake LK V stamps produced in Vietnam and most likely Hong Kong, still offered, by reputable, but ignorant auction houses, have created a great deal of insecurity among Vietnam stamp collectors who are understandably reluctant to buy yet another fake for a lot of money.

In the opinion of the author, this problem can only be solved by publishing a booklet under the helm of the SICP that eventually contains and describes all copies of LK V stamps in existence. Clearly, we have among our members the world’s top experts on the subject, and documenting each copy (including its condition and provenance as far as can still be determined) in such a publication (which we should make available on the free part of our website) would go a very long way to take out the uncertainty for potential buyers. Only then would we be able to see how the market truly values these stamps. This will of course take the cooperation of all the owners of these stamps and that is not an easy undertaking. The author welcomes any comments from the membership about this subject, information on additional holdings that may not be considered yet in the above table and, of course, he would be delighted to receive high quality scans of your holdings that could be used for such a publication.

The author believes that the voices of some philatelist, that none of these stamps should ever be shown in public as this would only attract additional and better fakes, are misguided. These stamps are not easy to fake as everyone, who ever has seen genuine and fake stamps side by side, can attest to. The way the color is absorbed by the paper, the imprecise stone print that differs a bit from stamp to stamp and the paper itself is very hard to imitate. Also, since most copies are in fact used and have very characteristic cancels, creating convincing duplicates becomes even harder.

[1] Information provided by Lucian Lu to the author in 2014 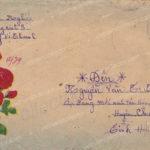 Vietnamese Re-Education Camps After The Fall Of Saigon