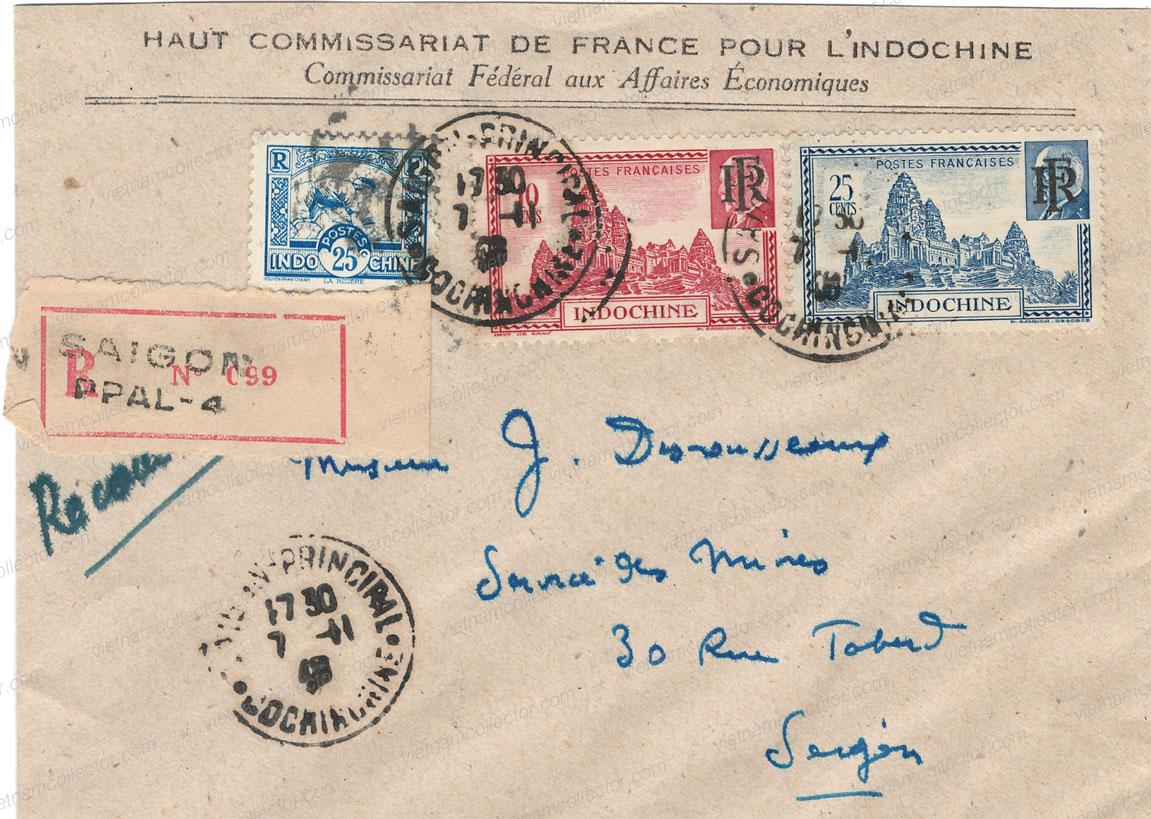 Indochina, Marshall Plan, 1941, Michel Nr. IND 254-255; Two stamps with nominals of 10C and 25C were issued in France but the stamps did not reach Indochina due to disruption of transportation. As a result very few of these stamps were postally used.  Some of them were physically brought by travelers to Indochina during or after the war and then used there. All used stamps or postally used letters are pretty rare.

Hers is the mint hinged set. 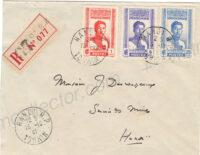 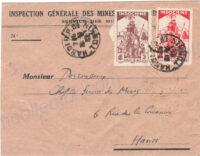