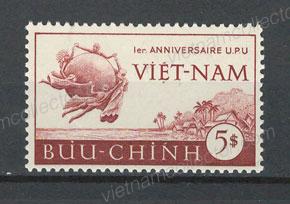 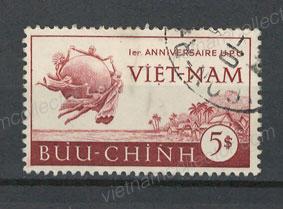 A very small number of Enpreuve de Luxe imperforate sheetlets, also called “Minister Blocks” were produced on light carton paper which had perforated samples of the stamps attached and were handed out or sent to very important people of other countries. These early sheetlets are very rare and seldom come to market. They are not comparable to Enpreuve de Luxe issued later primarily for the benefit of collectors. Here is the Enpreuve de Luxe of the 5.00P value. It is covered by a glued on glassine with a message from the Postal and Telecommunication Ministry. 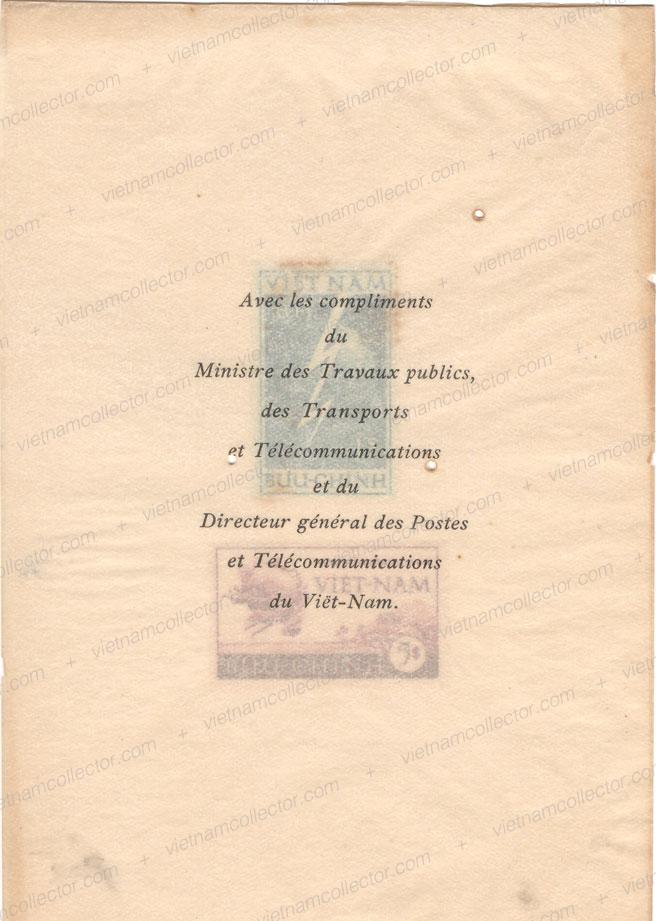 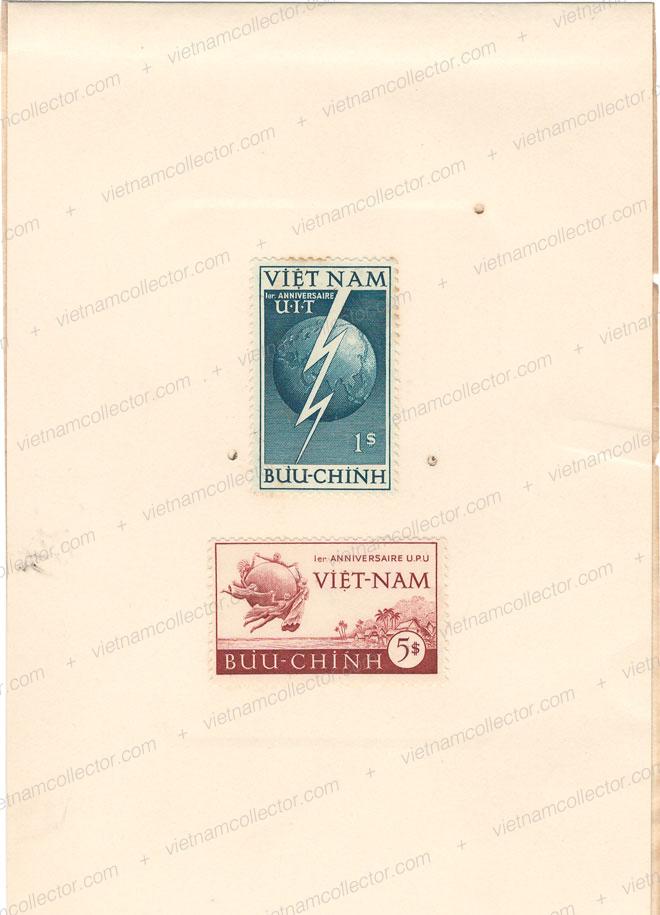 Mixed franking of the 5P UPU value together with the 10c and 20c Landscape values paying an overall postage of 5.30P on an international air mail letter sent from Cholon to Switzerland.

Mixed franking of the 5P UPU value together with the 1.50P Nam Phu’o’ng and 2P Landscape value paying an overall postage of 8.50 on an international air mail letter sent from Saigon to a Helicopter Company in the United States in 1953. 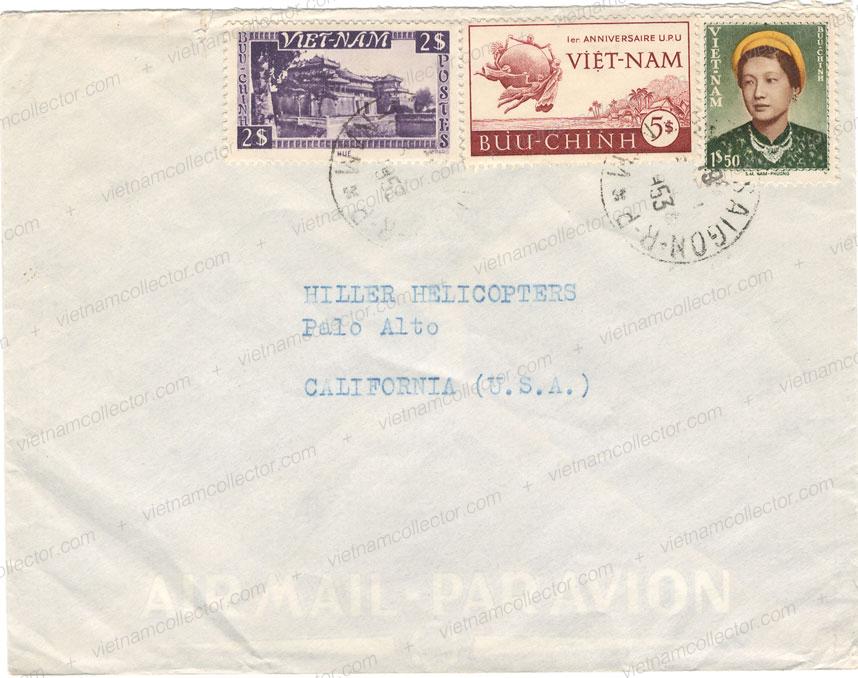 Mixed franking of two 5P UPU stamps together with two 2P Landscape stamps paying an overall postage of 14P on an international letter to Switzerland in December of 1954. 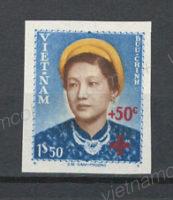