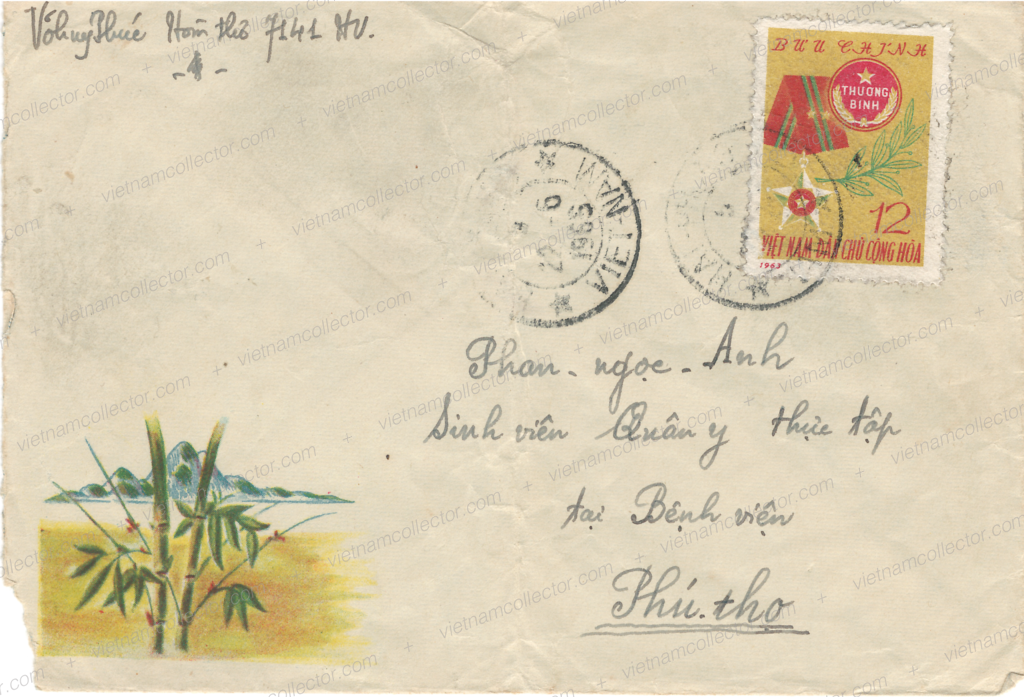 North Vietnam, Disabled Veteran Stamp, September 10th, 1963, Michel Nr. M7; A single stamp with a 12xu nominal was issued. Again it is not clear why a nominal was included on this stamp that was handed out free of charge (at a rate of two stamps a month but distributed quarterly). The stamp was produced by the Tien Bo Printing House in perforation 11.0 and in sheets of 100 and 120 stamps. The design shows a military medal and the Invalid’s badge. Similar stamps with the inscription “Tem Thu’o’ng Bonh” (=Wounded Veterans Stamp) were issued in 1965 and 1966.

The stamp is known in “poor” and “clean” Perforation as is demonstrated by the two horizontal mint pairs below.

There is also a range of tonality the stamp’s color. The left mint stamp below is of lighter and the right stamp of darker shade.

Small errors are known to exist like this significant passer-shift where the olive base color is shifted towards the left and bottom.

Rare local letter sent from An-Loc to Phu Tho in December of 1964.

Rare local letter sent by a member of the military (note the Hom Thu Nr. in the address line) for Hai Phong to Pho-Tho in June of 1965. Most local letters were destroyed by the multi-decadal war, the tropical climate and recycling due to raw material shortages.

Another rare local letter (full contents preserved) mailed in November of 1965 to Gia-Lam/Hanoi. It was mailed by Brother Quang in the Department for Technical Planing in the Architect Company of Viet Tri to his sister Le Thi Nhu Ha, Animal Husbandry Class 2, University of Agriculture. This documents that these stamps were not simply used in institutions (like Hospitals or Rehab Centers) but were given out to all qualifying invalids for their general personal use. 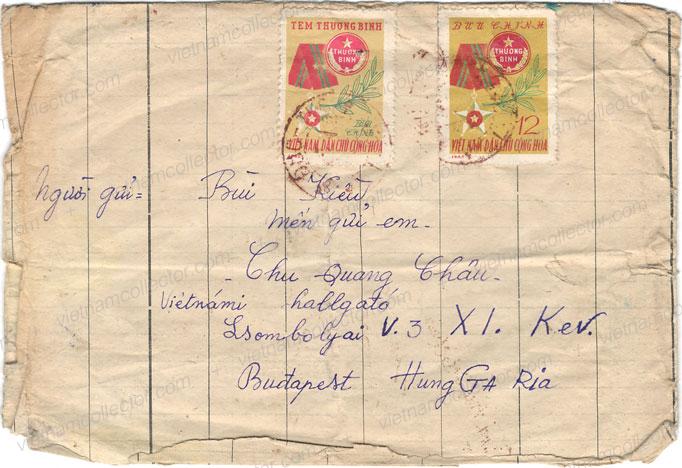 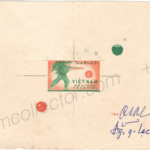 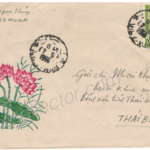