This stamp was not officially released imperforate, however, a small number of imperforate trial proofs have come to market. Here is one from the left sheet margin.

Mixed franking of the UPU stamp together with the 2D PostL Rider stamp paying an overall postage of 22D on an international air mail letter sent from Saigon to the United States in November of 1971. 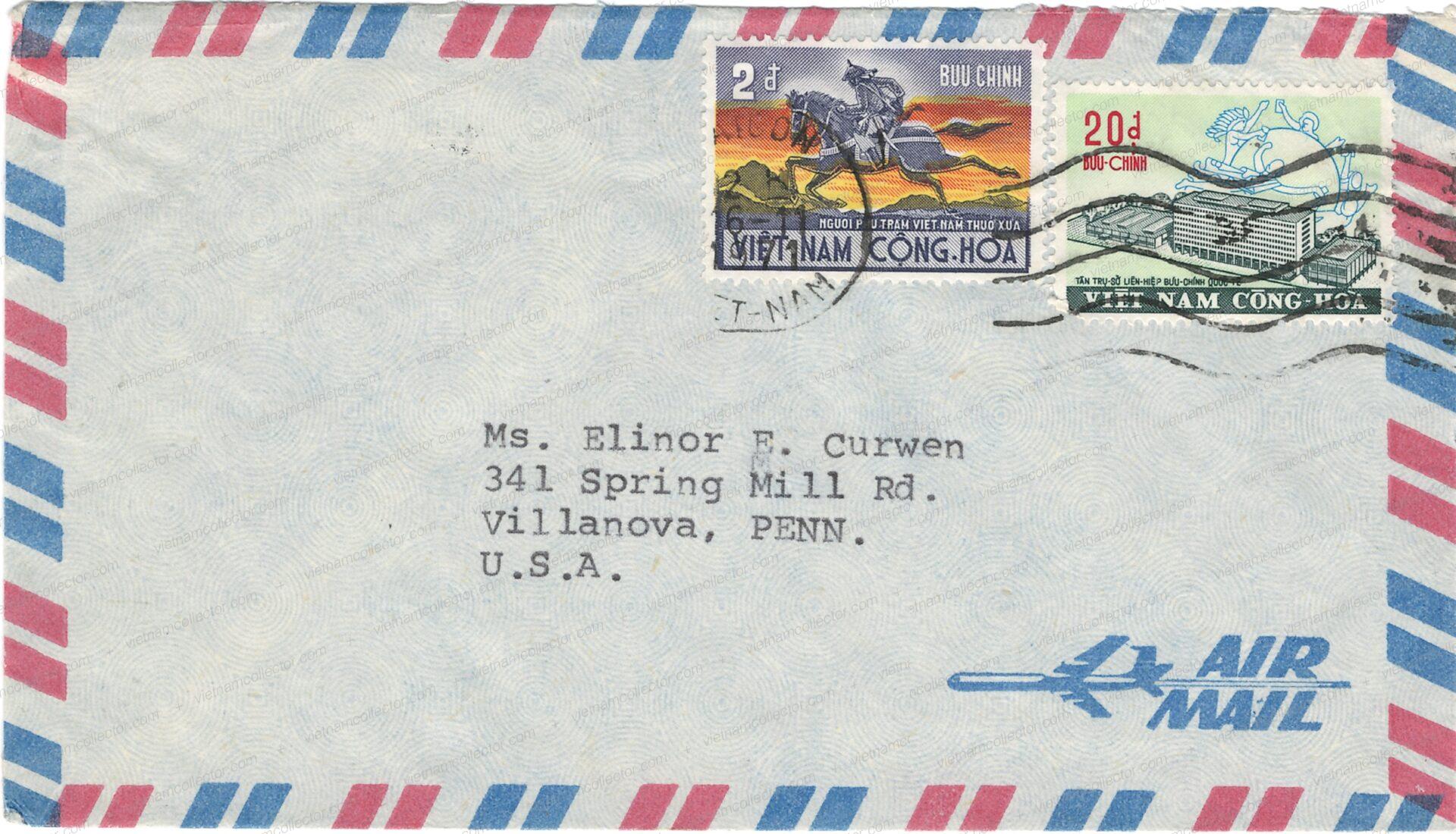 Mixed franking of the Harvest set in pairs together the Postal Rider set and UPU stamps paying an overall postage of 200D on a rare registered express air mail letter sent from Hue to West Germany. Ex Klewitz. Fulda arrival cancel on the reverse. 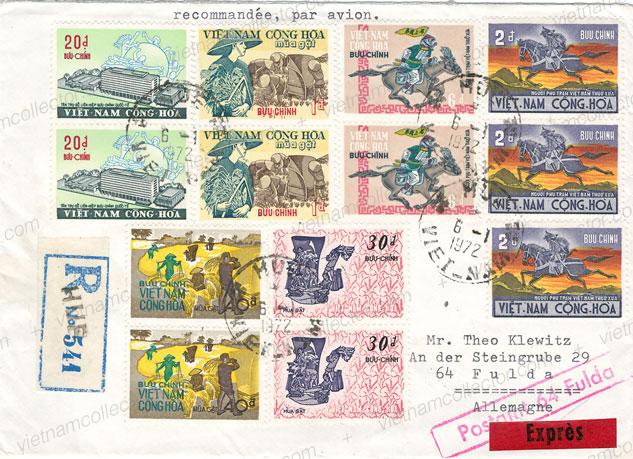