International Day of the Child

Here is a mint block of four 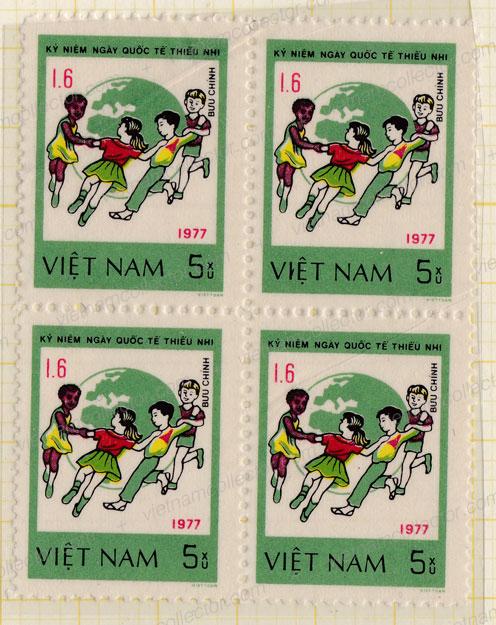 Rare registered letter sent from Quang 5 (Cholon) in January of 1982 to Klewitz. It features a pair of the stamp. Note the same color variations and production flaws (omitted colors) on the flower stamps. Errors stamps on postally used cover are very rare. The overall postage (which includes two red free franks for a postage of 6.30 Dong) amounted to 7.85. 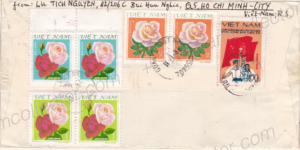 Large registered envelope mailed to Klewitz in June of 1982. It features four of the Children Day stamps. The overall postage amounted to 12.88 Dong. 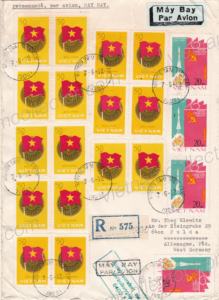 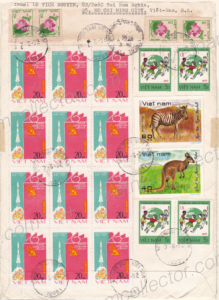 Rare registered express mail letter sent to Klewitz in October of 1980. It carries the entire set plus one of the 5 xu Day of the Child stamps for an overall postage of 4.81 Dong. Fulda arrival cancel on the reverse. Green Fulda custom cachet on front. Unusual hand-made express mail label. 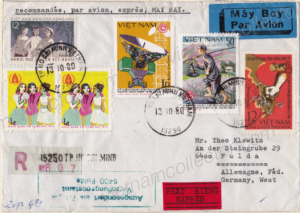 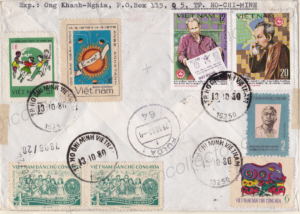 Registered letter sent from Quan 5 (Cholon) to Klewitz in December of 1981. The letter carries the higher values of the perforated Mammal set plus three of the 5 Dong Day the Child stamps for an overall postage of 7.95 Dong. 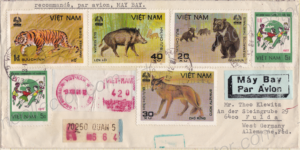 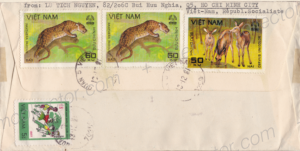 In 1989, when the domestic standard letter rate was raised to 100D the Postal Authorities investigated, if still existing stocks of lower denominated stamps could be overprinted with a new value so that these stocks could be used up. As a result a trial was started with the 5 xu Day the Cild stamp and some sheets were overprinted via book print with a new value of 100 Dong. The original value of 5xu was blocked out by a black circle with an x. In the end the overprinted version of the stamp was not released. Very few of the trial proofs have come to market and they are rarely ever offered but for every original overprint there are probably 99 forged ones, so caution is advised.

Here is a mint block of four of the genuine overprint (ex Klewitz). Note the irregular nature of the overprint (partially faulty) and the fact that the “d” for Dong is located to the right of the last zero. Also note how the ink has soaked itself into the paper. This block of four has an additional overprint of the new value on the reverse 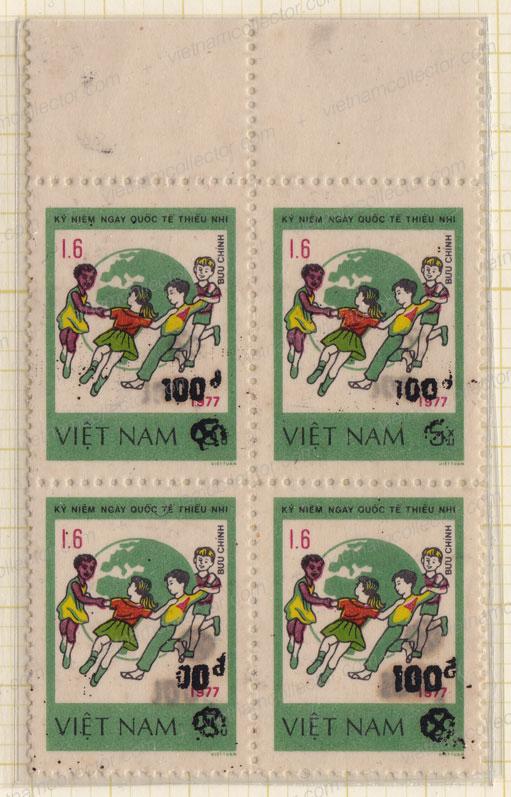 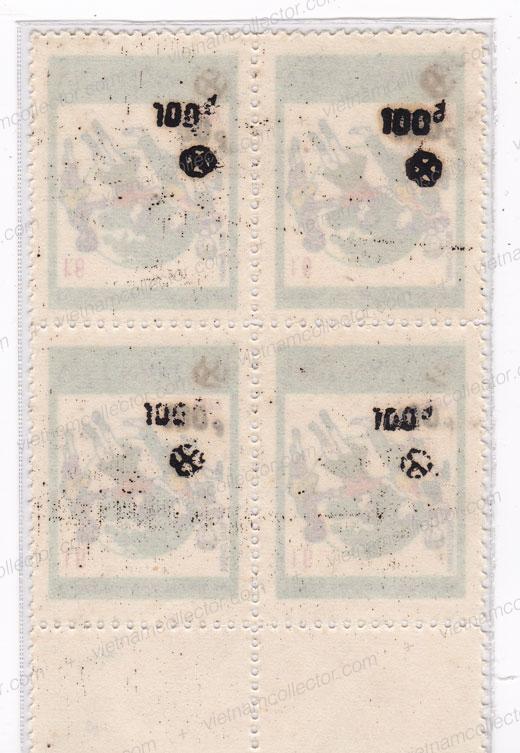 Detailed can of the genuine overprint 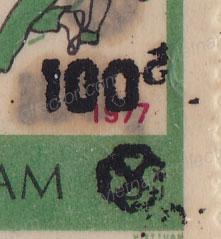 As mentioned above forgeries abound. According to Dao Tan Loi (former president of the Philatelic Circle in Saigon) here is a sample of the forged overprint. Note the cleaner and longer numbers and the fact that the “d” for Dong is above the last zero. Also the Heptagon of the forged overprint looks more squarish than the original overprint 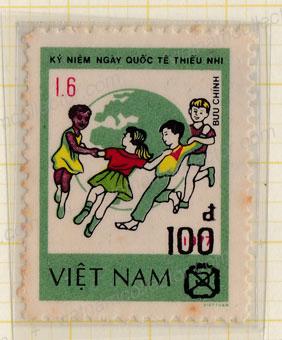 Detailed scan of the forged overprint. 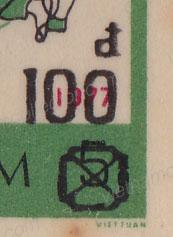 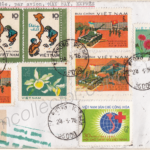 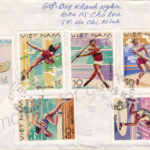