40th Anniversary of the Discovery of Radium

Indochina, 40th Anniversary of the Discovery of Radium, October 24th, 1938, Michel Nr. 231; A single stamp with a nominal value of 18C and a 5C surcharge was issued in perforation 13. Given the surcharge and the fact that the country’s inhabitants were still poor this stamp was basically only purchased for philatelic purposes and found little non-philatelic use. Used stamps or postal history is correspondingly scarce.

Here is the mint hinged stamp. 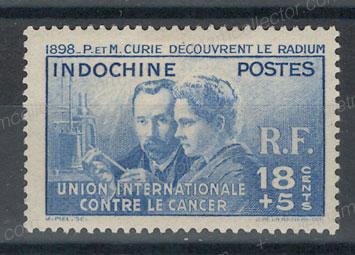 Mixed franking of the Radium stamp together with stamps from the Domestic Scences II and Air Mail sets paying an overall postage of 68C on an international air mail letter sent from the prison Island of Paulo Condore to France in June of 1939. Con Son Island, which is the Vietnamese name of the island,  is located in lower Mekong Delta. The French made a habit of converting remote islands into prison colonies. If you have seen the movie “Papillon” that centers on the French penal colony “Devils Island” in French Guiana you know what I am writing about. So in 1862, shortly after establishing the Indochinese protectorate, they converted Con Son Island into the Paulo Condore prison colony and used it to house political prisoners and conventional criminals. The French lost control of the prison after the Japanese overthrew the French Administration on March 9th, 1945 and subsequently many of the political prisoners located there were freed by the Viet Minh at a time of political vacuum after the Japanese surrender in World War II. The French retook control of the island again on April 18th, 1946 and continued to use it as a prison colony much as before the war. Cancelled by the designated Paulo Condore cancel. Mail from Con Son Island was routed through Saigon as indicated by the Saigon transit cancel on the reverse. Marseille arrival cancel on the reverse. 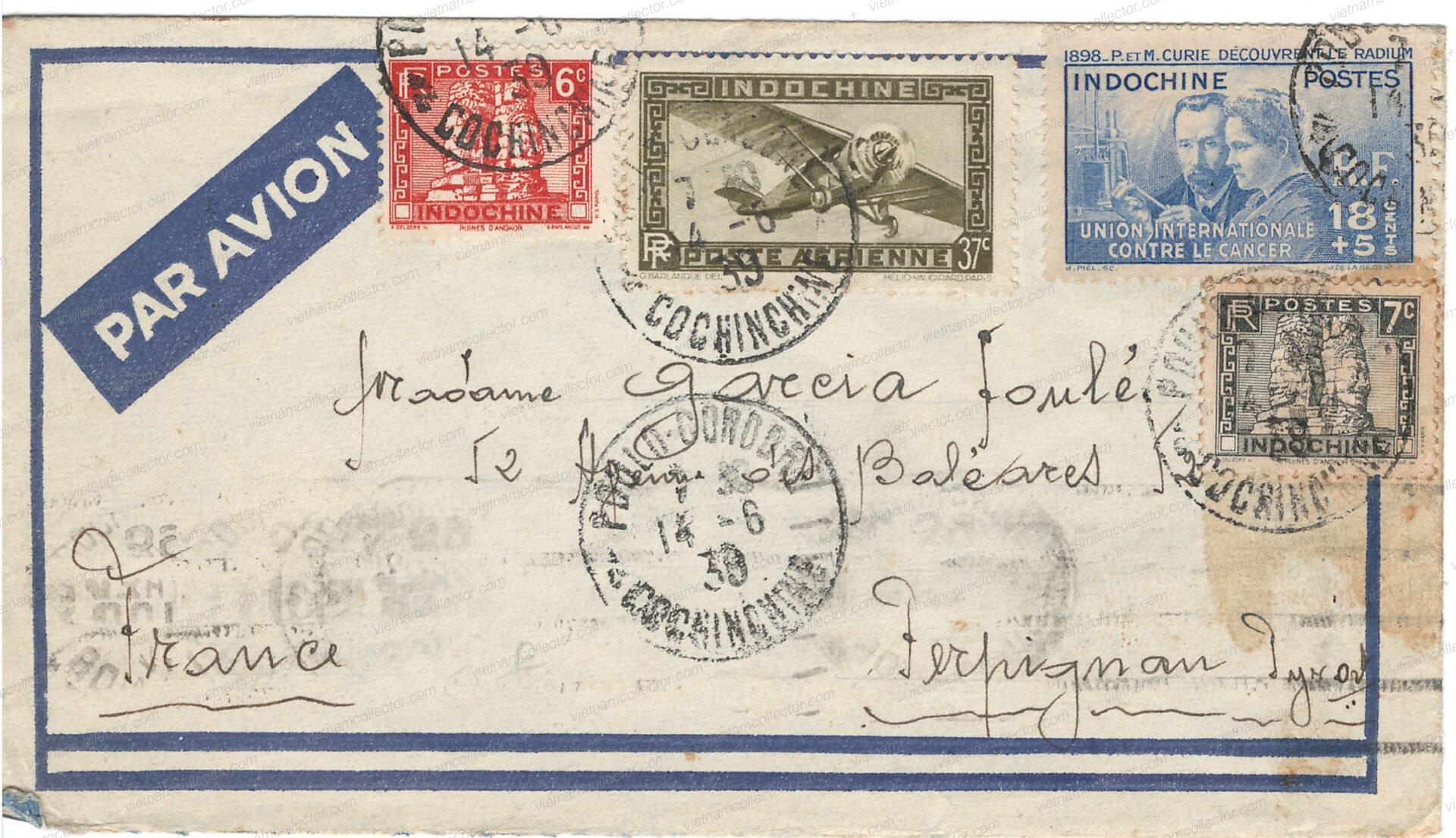 193840th Anniversary of the Discovery of RadiumMichel Nr. IND 231 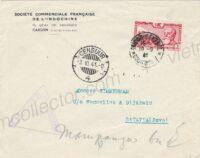 Completion of the Trans-Indochinese Railway

Air Mail with Inscription of “RF”