North Vietnam, 6.Anniversary of the Cuban Revolution, January 1st, 1965, Michel Nr. 345-346; Cuba being also in the communist/socialist camp was friendly with Vietnam which explains the various stamp issues covering the topic. Two stamps, both in a 12 xu nominal, were issued perforated 11.0, The stamps were printed together in the sheet so are attached to one another.

Here is the mint set with chamois overprint. 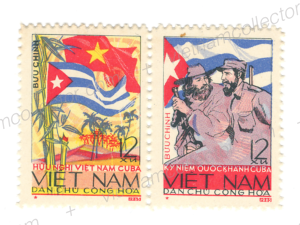 Here is a mint piece of four stamps each that shows the arrangement within the sheet: 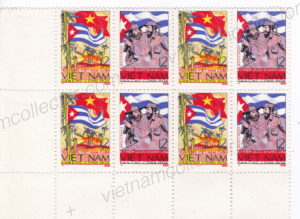 For unknown reason a very small number of the production was primed with chamois color and then over printed. This provides for a deeper yellow image as compared to the standard issue. The primer can be easily seen on the selvage of this lower left block of four. Rare. 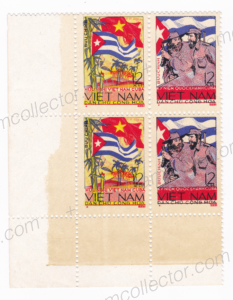 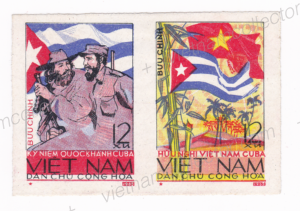 Very rare phase prints on this issue. Here is a stunning block of six with the red printing phase: 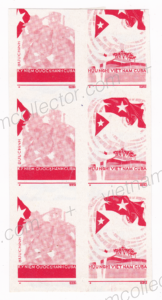 This is the blue and yellow printing phase: 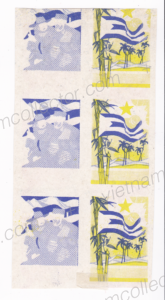 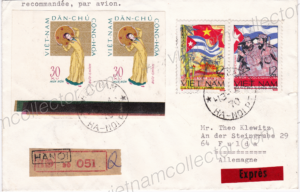 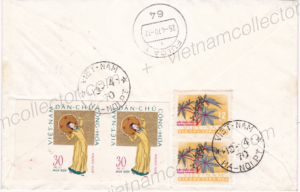 Rare express mail letter sent to Klewitz in March of 1977. It features the set plus some imperforate reptile series stamps. Imperforate stamps on postally used cover are very rare. The overall postage of the letter amounted to 1.66 Dong which appears to be below the prevailing tariff at the time (1.00 Dong base rate, 60 xu international registration charge, 50 xu express mail charge and 40 xu air mail fee for 5 grams), however it was transported without charging any postage due. Fulda arrival cancel on the reverse. 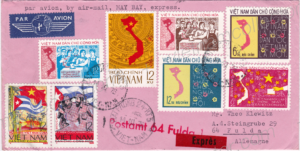 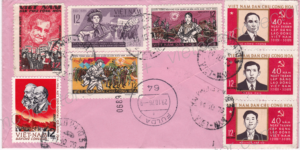 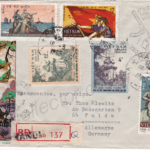 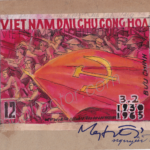