Indochina, For Reconstruction, December 20th, 1944, Michel Nr. IND 339-340; Two stamps with nominals of 15C plus 60C surcharge and 40C plus 1.10P surcharge were issued in perforation 11.5-12. 1944 was a difficult year for Indochinese residents. Apart from Words War II still raging Indochina was impacted by large spread flooding that resulted in a countrywide famine. This means money was tight. Given the large surcharges that these stamps carried they were not popular with the general public. Postally used stamps and postal history carrying them is rare. 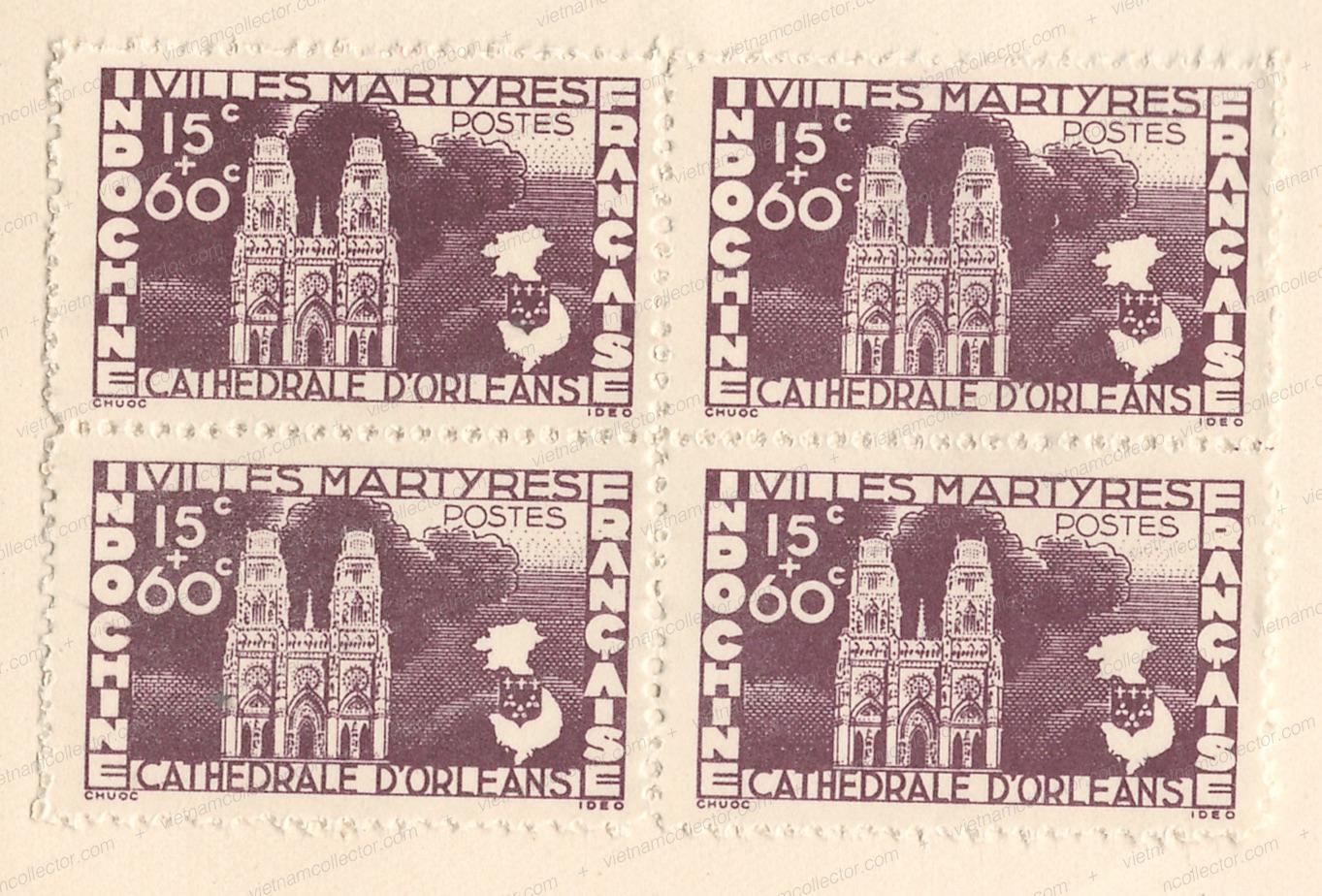 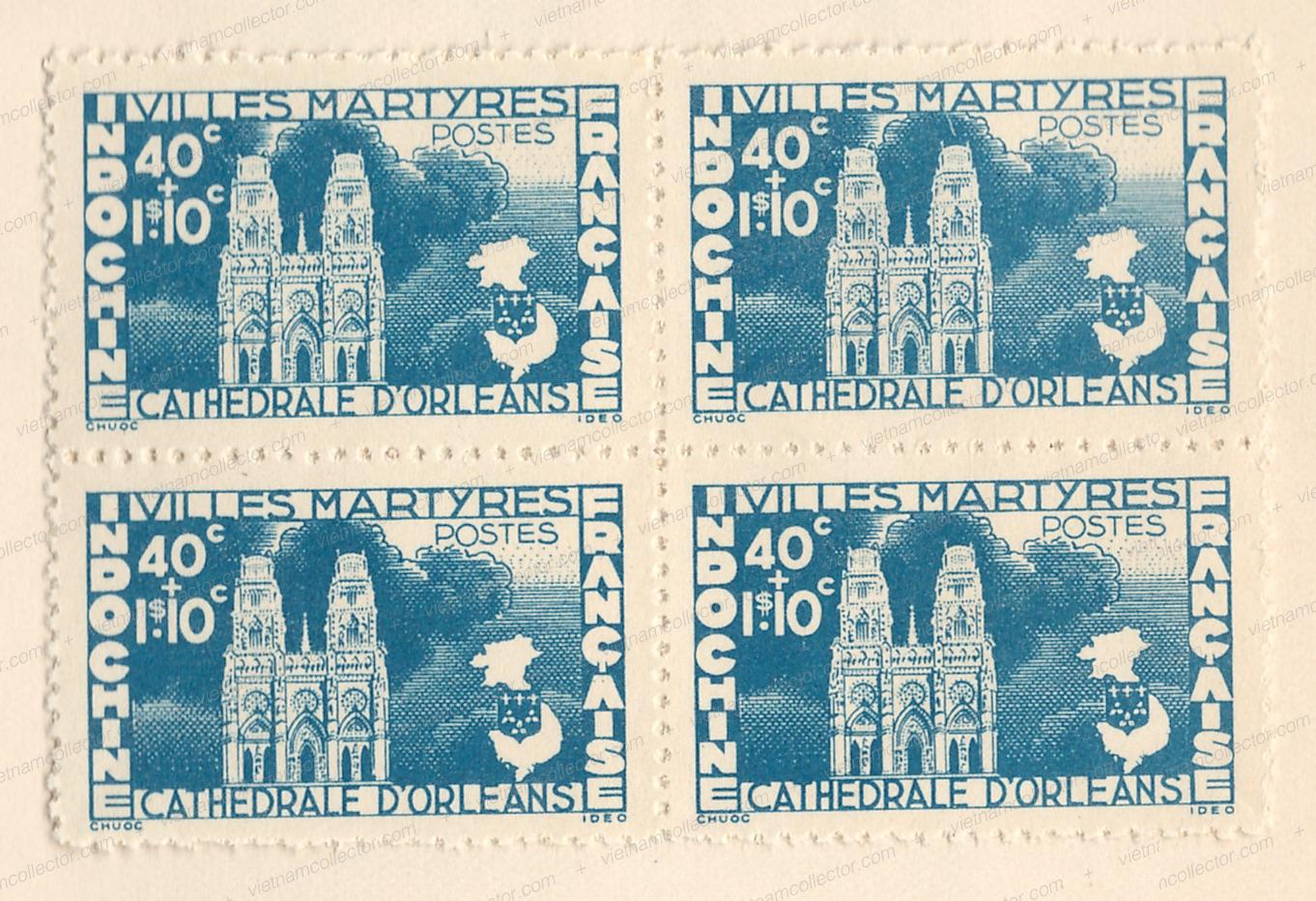 Cancelled to order set in blocks of four. 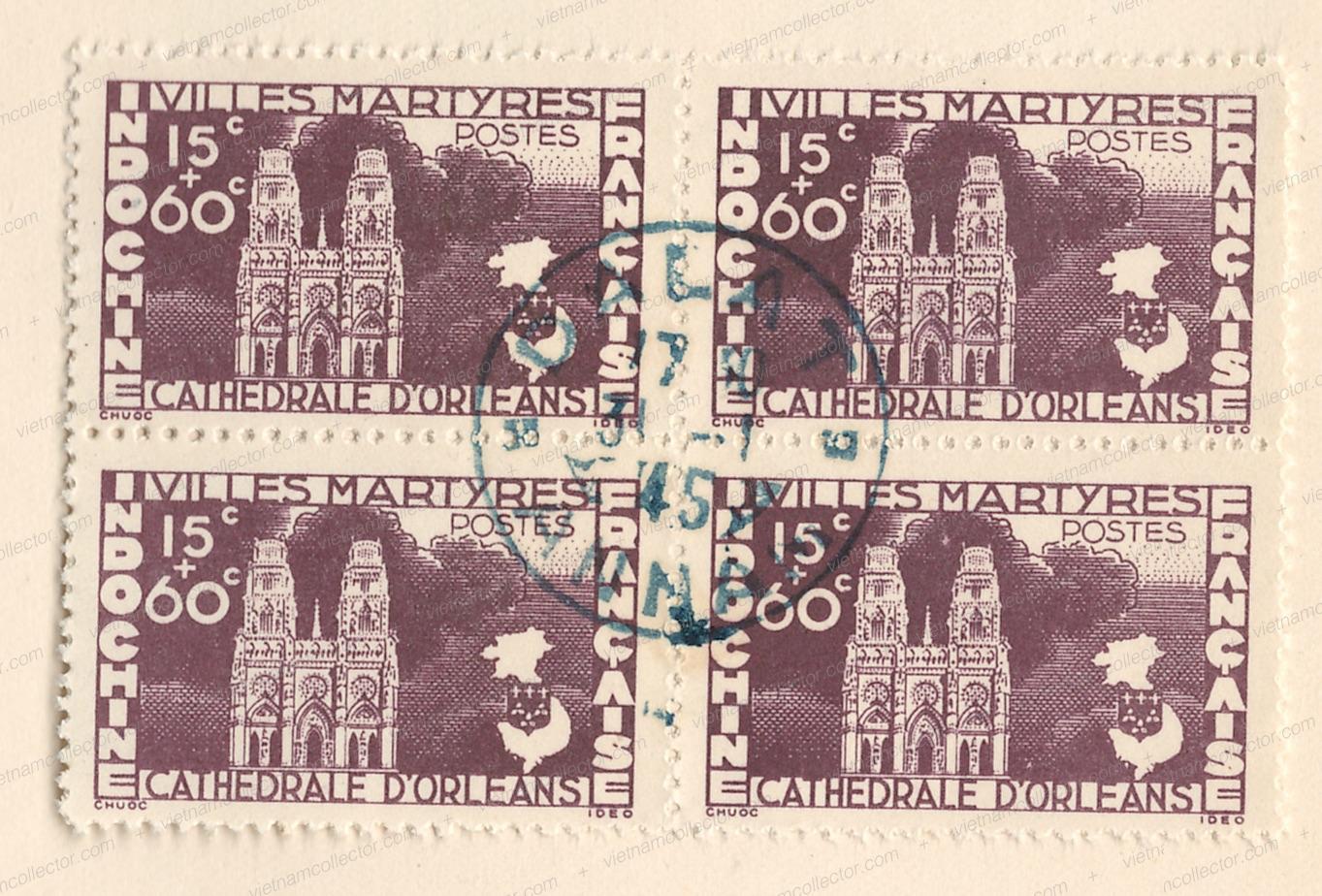 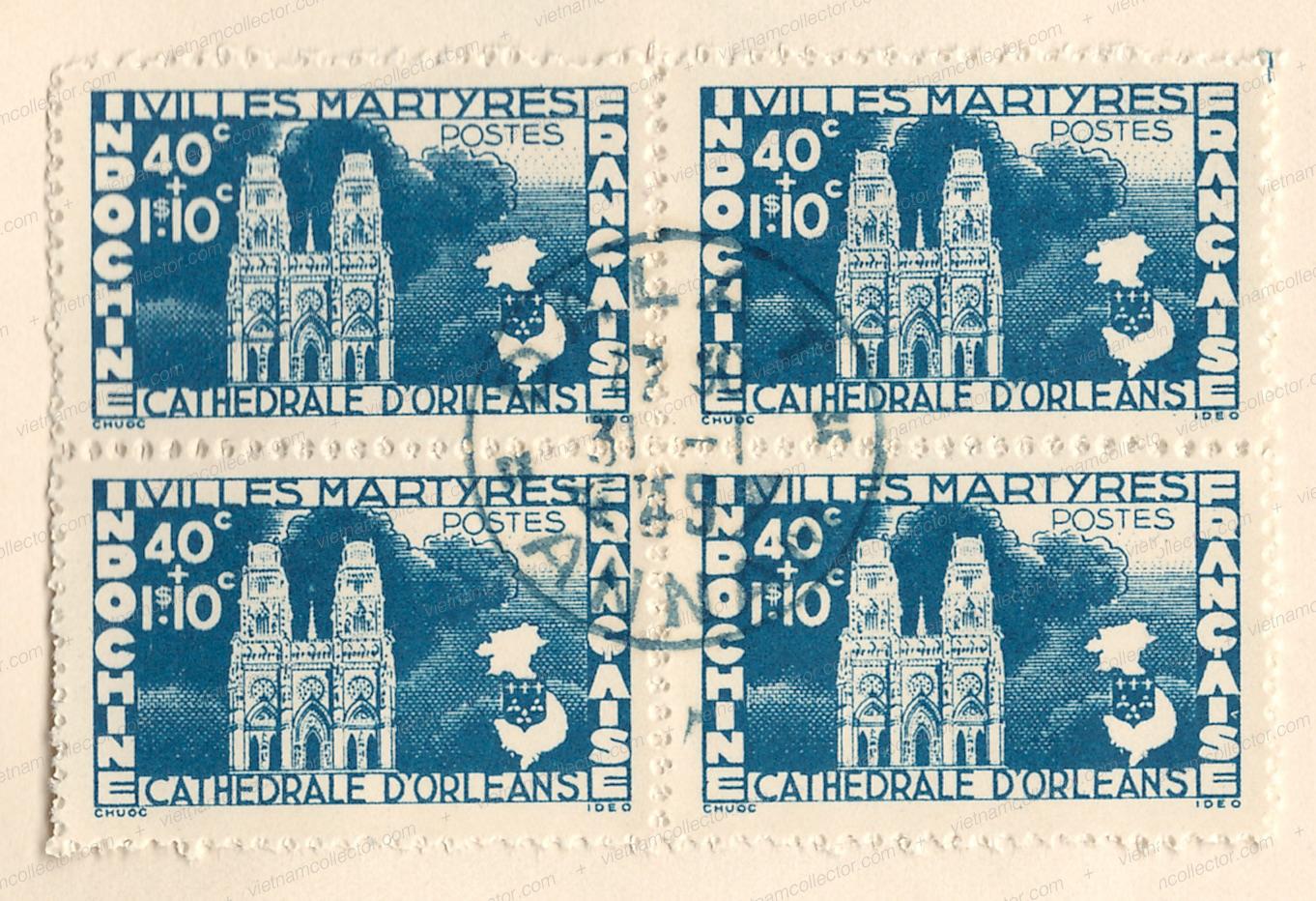 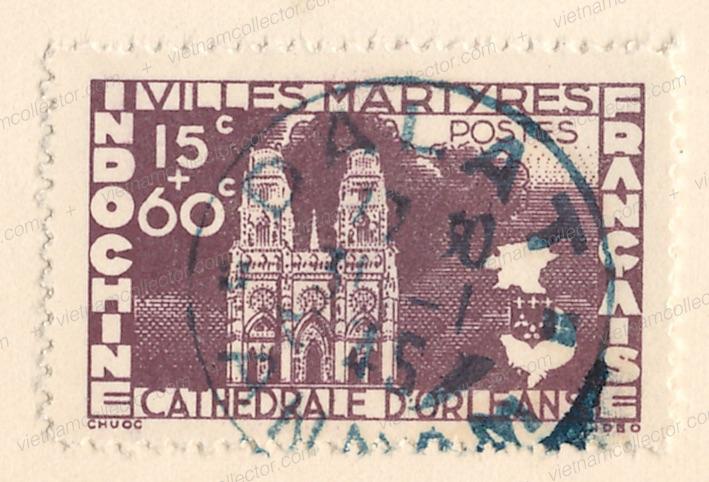 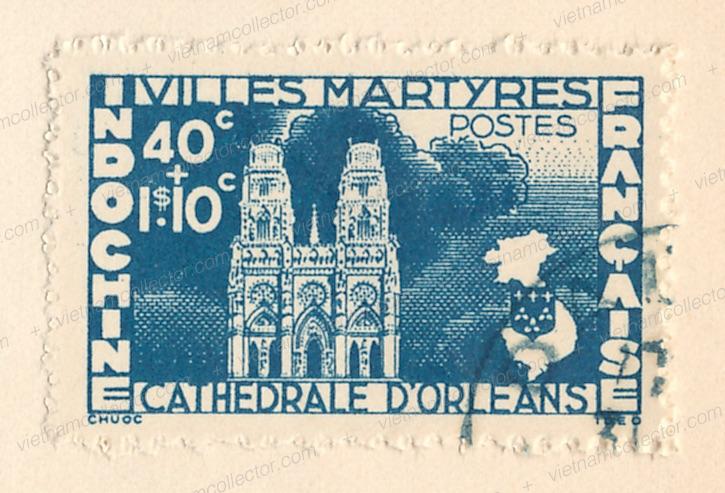