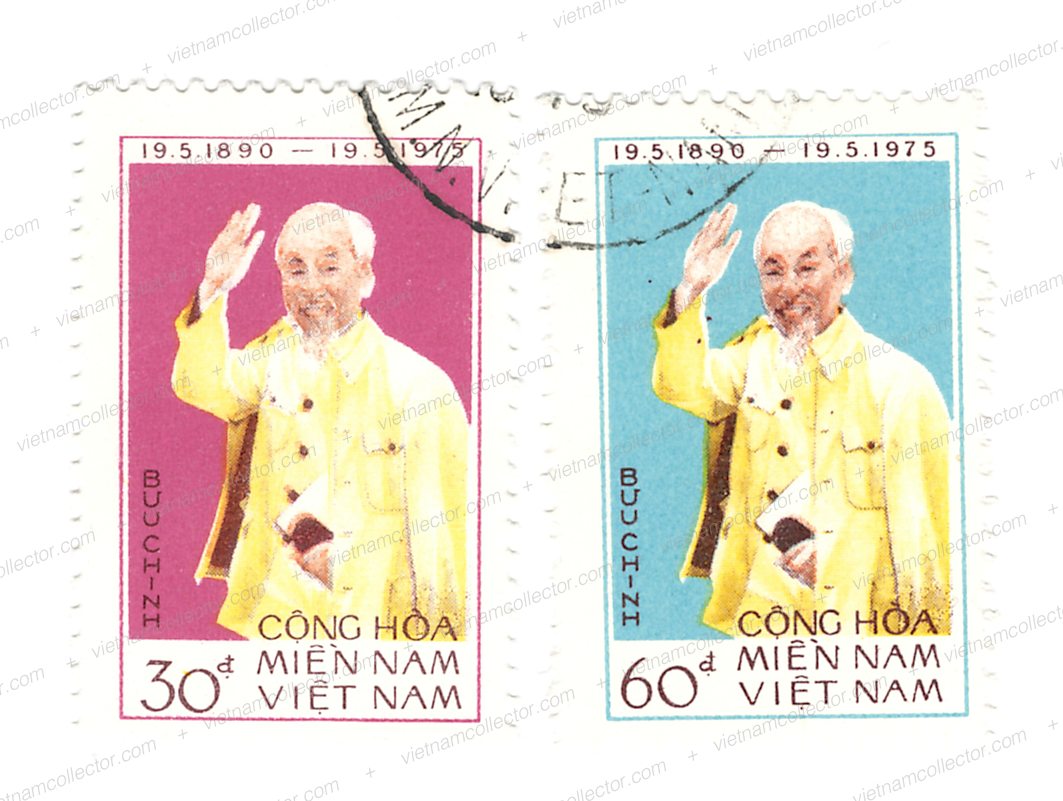 Very rare printing error on which the entire light-brown printing run is missing leaving hands and face of HCM white. 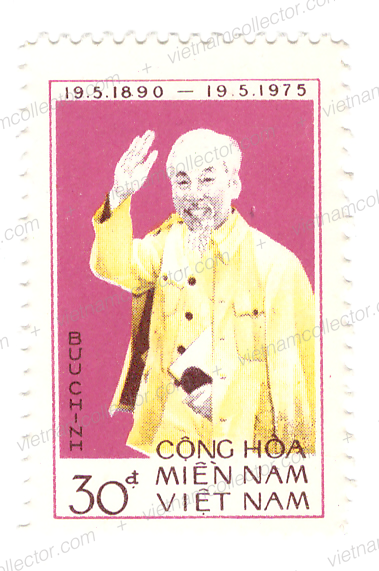 Registered air mail letter sent in June of 1987 as a mixed currency franking from Ho Chi Minh City to Klewitz. The letter carries stamps that were still denominated in old Dong (Union Congress, Defense and Production, HCM Birthday) and new Dong (Airplanes, Bonsai, National Assembly). There is also a 30D stamp from the National Liberation Front denominated in South Vietnamese Dong. These stamps became valid after reunification but were devalued by 500:1. There are also different color variations of the Union Congress stamps. Imperforate stamps on postally used cover are very rare. The Vietnamese Government conducted a devaluation of the Dong on September 14th, 1985. This meant that all stamps issued prior to this date were only worth one tenth at the time of mailing. The overall postage hence amounted to  19 oD =1.90 nD. plus the stamps in new Dong (43 nD) plus the red free frank for 320 nD plus the NLF stamp 30 SVND: 500 = 0.06 nD for 364.96 nD. Fragment of green Fulda custom cachet on front. 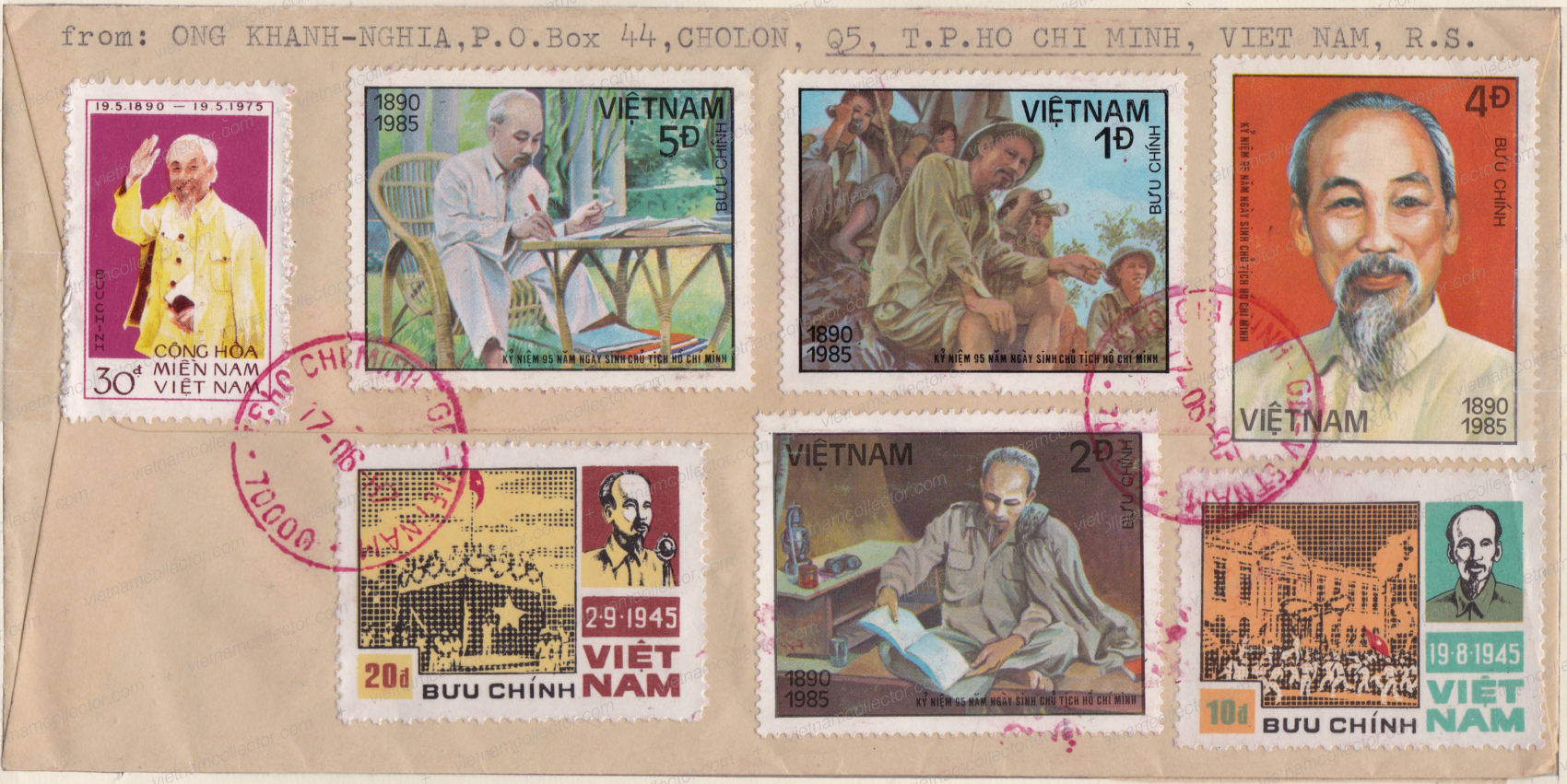 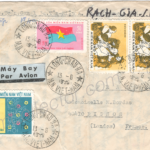 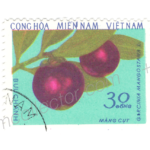