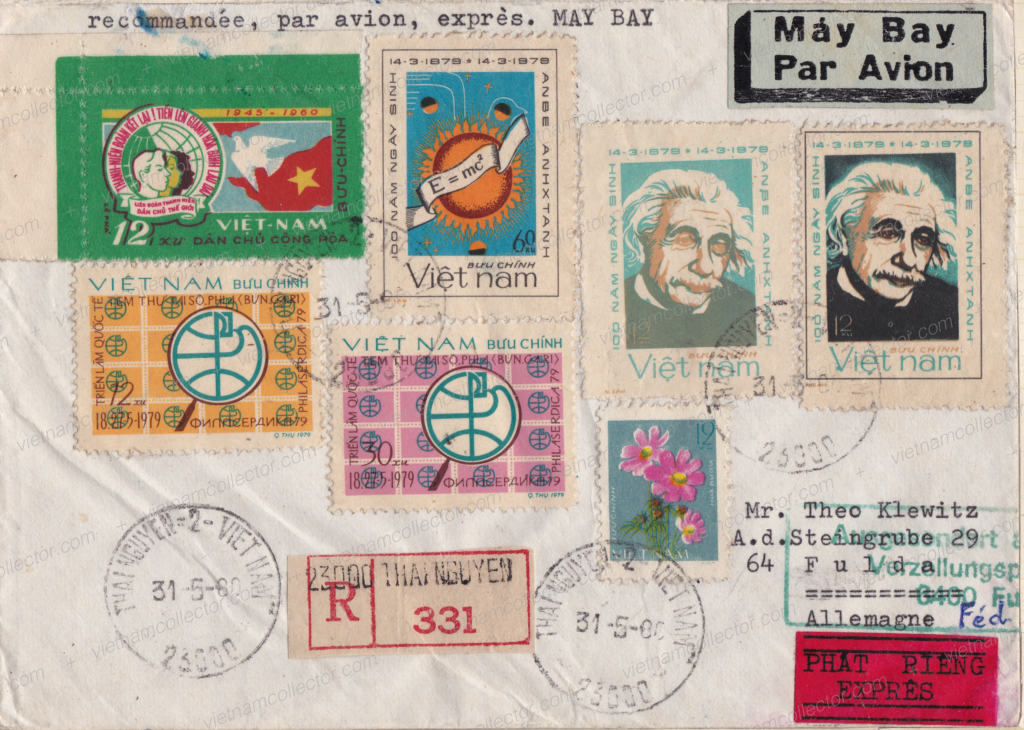 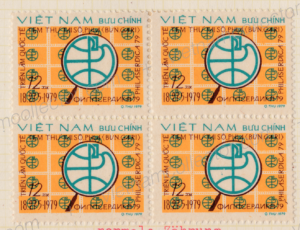 There are some tonality issues on this set as is demonstrated by the two pairs of 12 xu stamps below. Here is a pair that shows the middle emblem in light blue/turquoise:

Here is a mint pair of the 12 xu stamp that shows the emblem in dar blue color: 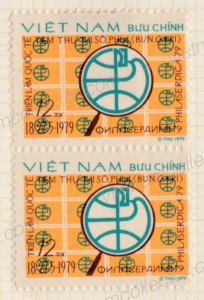 There are a few printing errors on which certain color printing runs are missing entirely. Here is the 12 xu value that misses the entire turquoise printing run. 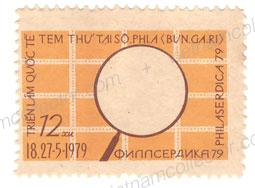 Here is mint sample of the 30xu value that misses all of the brown color. Here is the same stamp but this time missing the entire blue color. 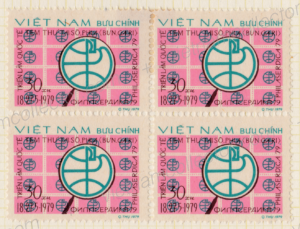 Other perforation errors have become known. Here is mint strip of four of the 12xu value that is imperforate on the left margin and shows an errant perforation strike diagonal across the stamps design. Mis-perforated pair of the 12xu issue resulting in the country name appearing at the bottom instead of the top.

This is a mint block of four of the 12 xu value that was affected by a paper fold on the top left stamp. Mint 30 xu stamp that is imperforate on the left selvage. 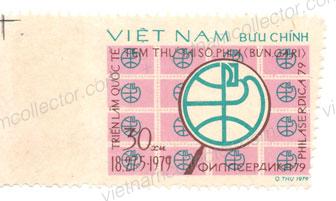 Here is a block of four of the 30 xu stamp that shows an additional perforation comb strike that goes through the stamp design of the right two stamps: 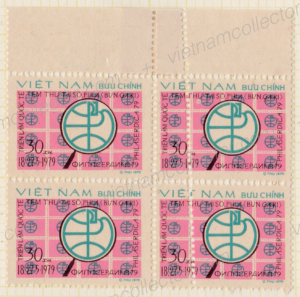 Here is a similar mint block of four from the bottom right of the sheet that shows a double perforation strike in-between the two pairs. 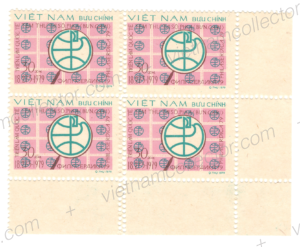 Single xu stamp which is imperforate on the left and shows a slanted perforation on the right. Passer-shift issues are also pretty common on this issue. Below is a bock of four of the 30 xu stamp that shows a distinct shift of the center emblem towards the right: 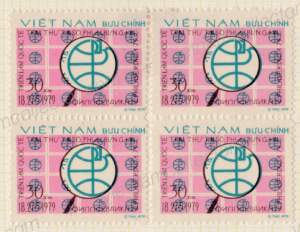 Local letter sent in August of 1981 from Chu Long to HCM City and featuring the 12 xu Sofia stamp plus two of the Roses stamps paying an overall postage of 36 xu- Illegible transit cancel on the reverse. 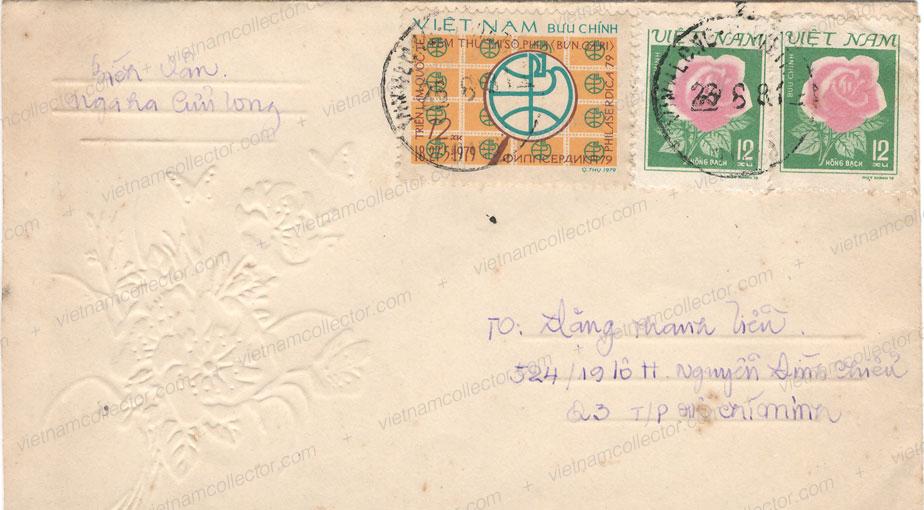 Single franking of the 30 xu Sofia stamp on a local letter from September of 1981 from Go Vap (small post office) to HCM City (full contents preserved). 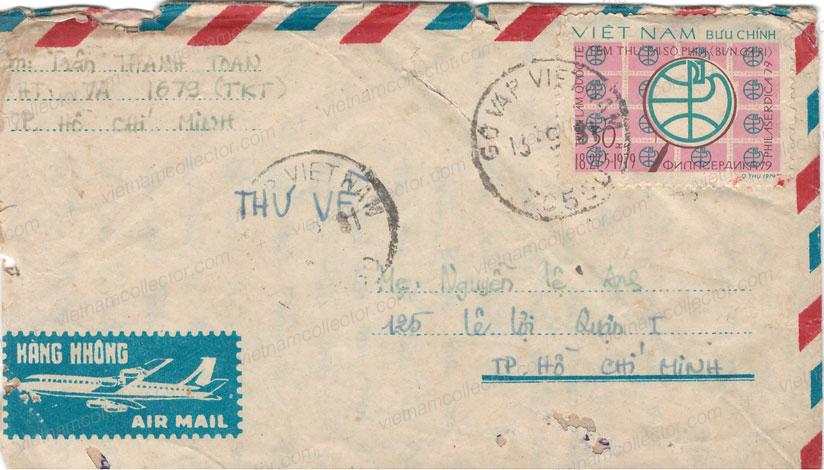 Mixed franking of the 30 xu Sofia stamp plus the 50 xu National Assembly stamp on a post card featuring the Polytechnical Institute in Hanoi paying an overall postage of 62 xu to East Germany in February of 1981. 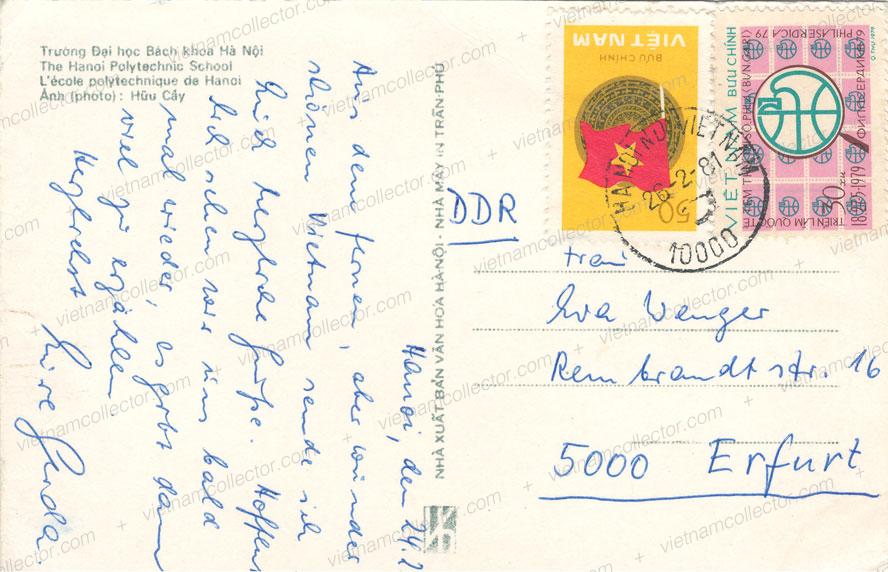 Very rare registered express mail letter sent to Klewitz in May of 1980. It carries the Stamp Exhibition set plus the 12 xu Einstein stamp without the black printing run. Error stamps on postally used cover are very rare. The overall postage amounted to 4.94 Dong. Hannover-Frankfurt train transit and Fulda arrival cancel on the reverse. Green Fulda custom cancel on front. 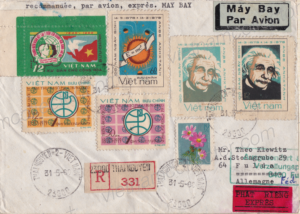 Spectacular mass franking of the Five Year Plan series on a large registered express mail envelope mailed to Klewitz in October of 1980. The letter carries a number of the perforation errors of this set. There are also five of the 12 xu Stamp Exhibition stamps. The overall postage amounted to 6.14 Dong. Hand-made express mail label using a typewriter. Fulda arrival cancel on the reverse. 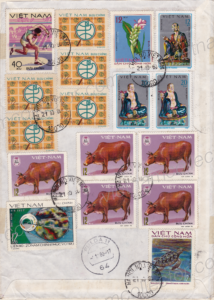 Rare registered express mail letter sent from Ho Chi Minh City to Klewitz in April of 1981. It features a block of four of the 20 xu KPdSU stamp plus two pairs of the the two perforation varieties of the 12 xu Five Year Plan stamp plus one of the 12 xu Stamp Exhibition stamps for an overall postage of 13.90 Dong. Fulda arrival cancel on the reverse. Green Fulda custom cachet on front. 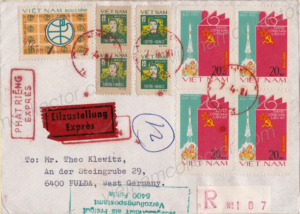 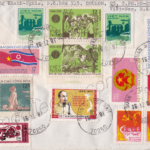