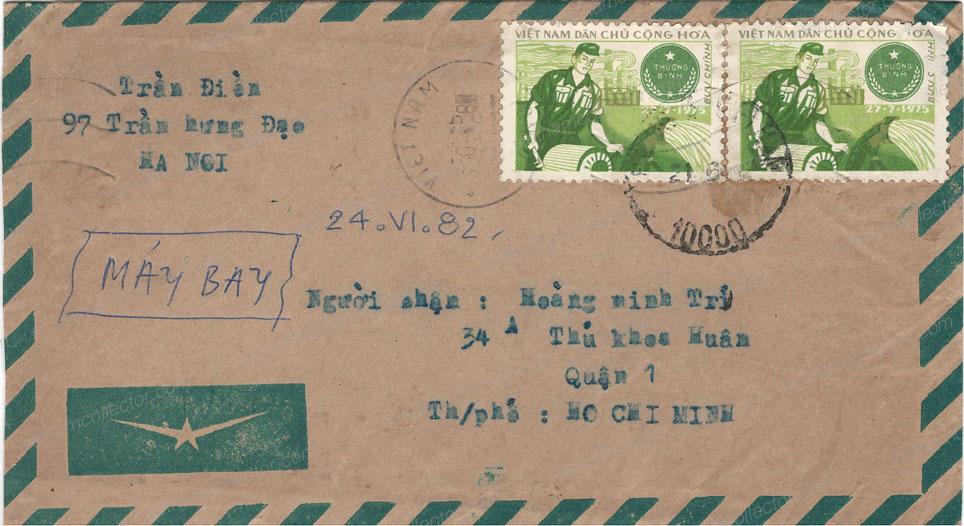 Unified Vietnam, For War Invalids 1976, July 27th, 1976, Michel Nr. M26-27; Two stamps with no nominal value and in perforation 11.0 were issued. Clearly the stamp with the blue base color was intended to be already issued in 1975 as is indicated by the inscription on the stamp but apparently was delayed by one year.

Here are the mint stamps 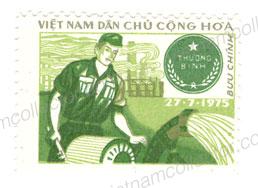 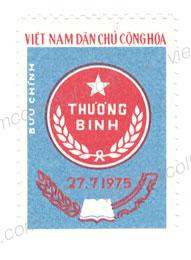 Mint block of four of the green stamp 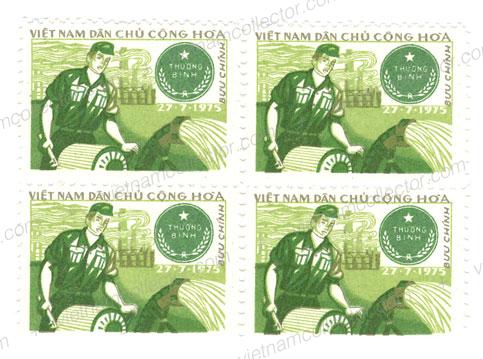 Both stamps show a plate error. The green stamp is known with the upper parts of the country designation “Vietnam” partially missing. 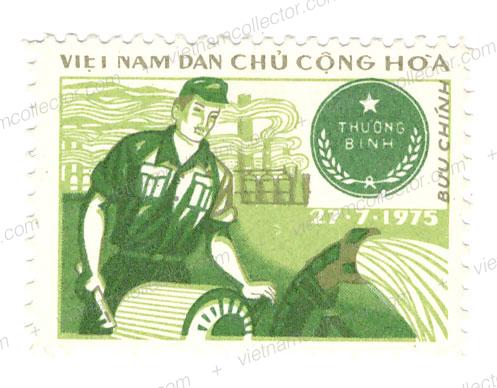 The blue stamp shows a plate error that is probably as numerous as stamps without it. It shows a white spot below the 5 of “1975” and it must have occurred during the cliche’ production as it occurs multiple times on the sheet. 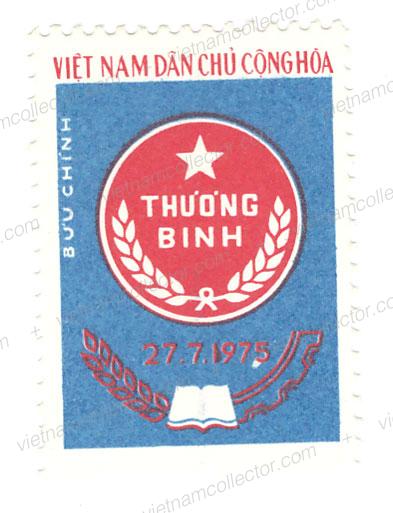 Mint block of four that all show the “white spot” plate error. 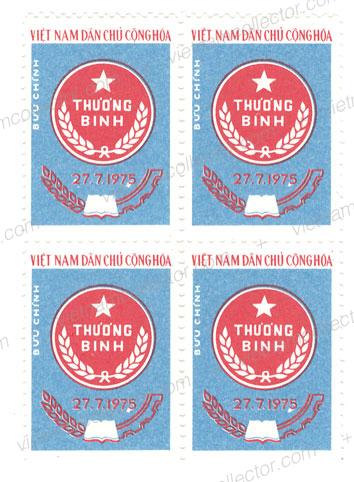 Single franking of the green value sent by a member of the military on a local letter to Bac Thai. 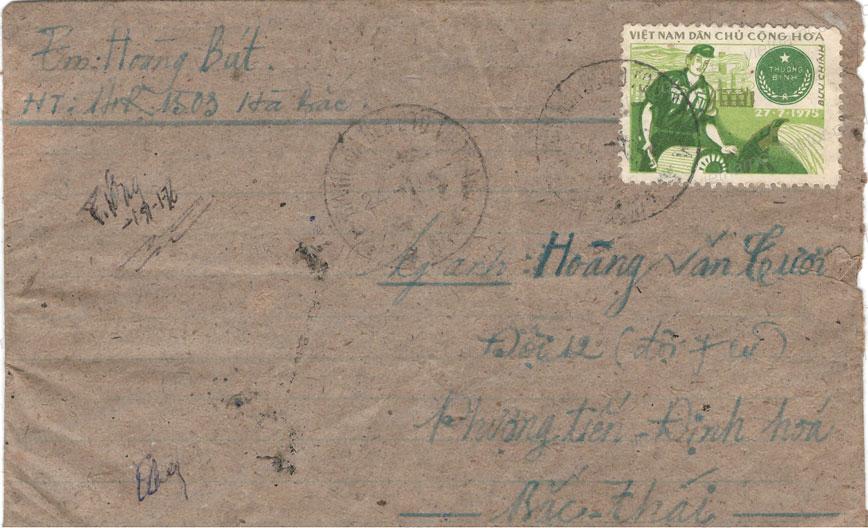 Single franking of the green stamp on a local letter sent in May of 1985 from Ta Ky to Phu Khanh. 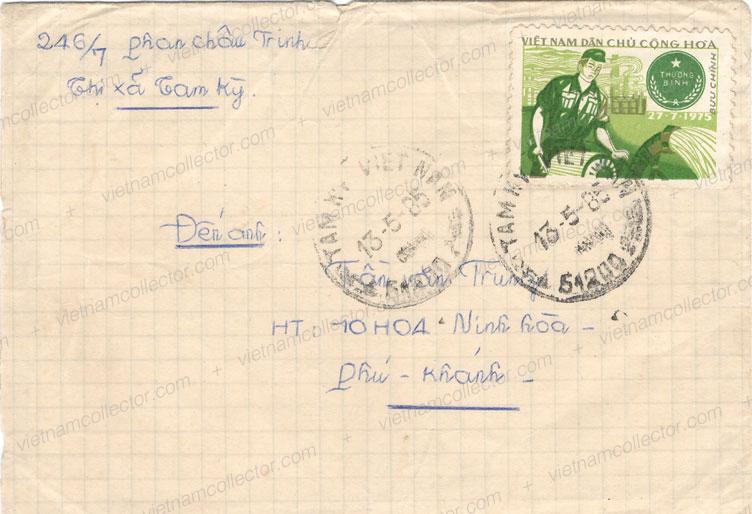 Single franking on local air mail cover sent by a member of the military to HCM City . HCM City machine arrival cancel on the reverse. 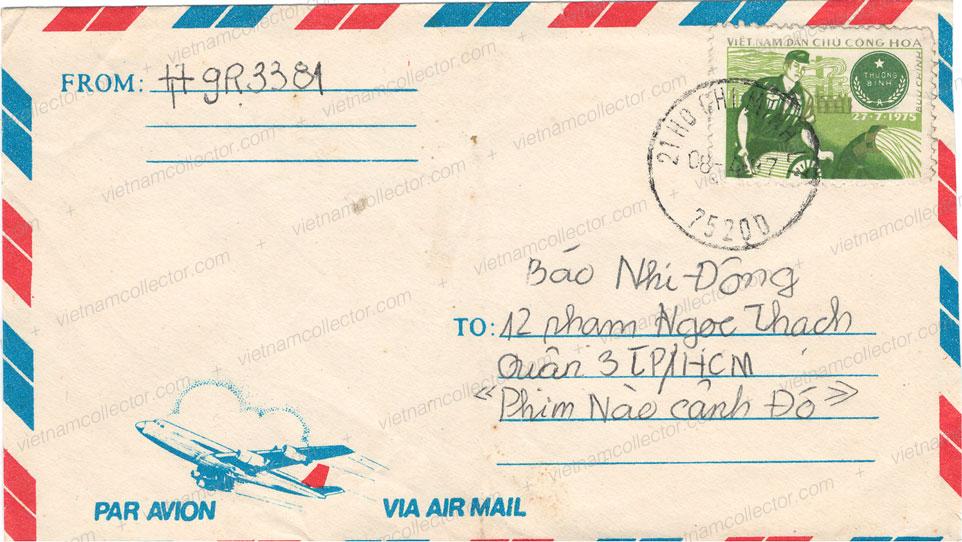 Rare multiple franking of the green stamp representing the second weight level on a local letter (full content preserved) sent from Hanoi to HCM City in June of 1982. HCM City machine arrival cancel on the reverse.

Unusual use of three green free franks together with two 4D Communist Party stamps paying an overall postage of 11D (the standard letter rate at the time was 1D) on rare registered local letter sent from Can Tho in April of 1987. 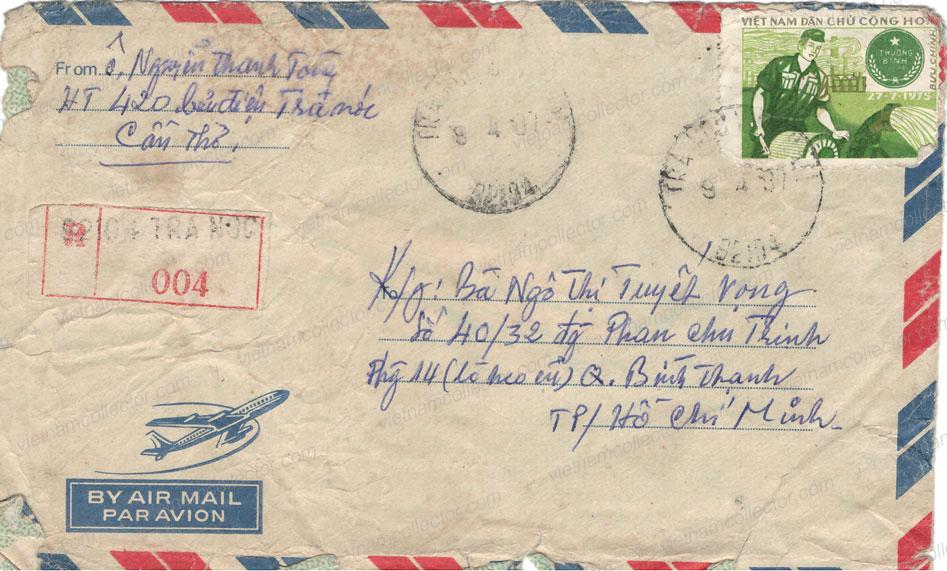 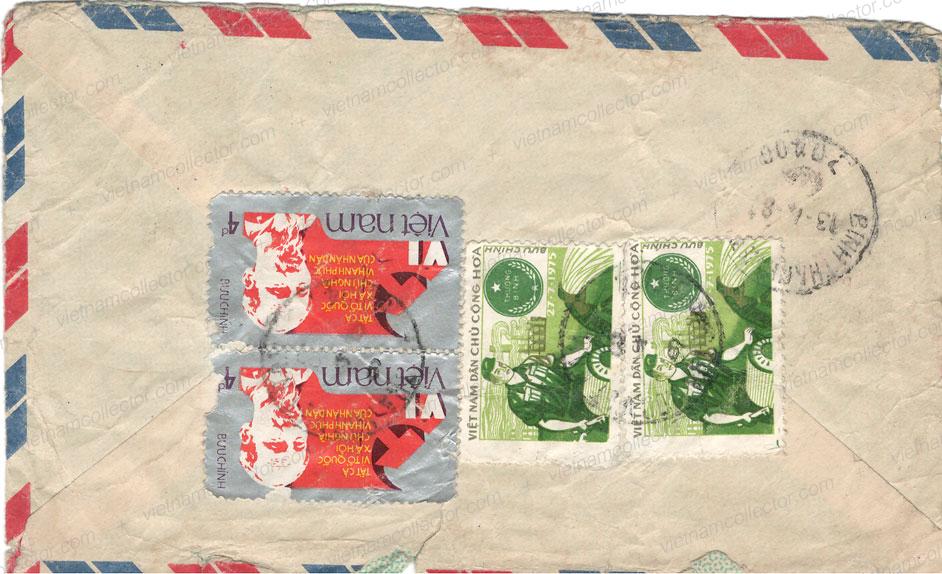 Single franking of the blue stamp showing the “white dot” plate error on a local air mail letter sent by a wounded member of the military to Thanh Pho Bac in February, 1985.  Forwarded to recently drafted civilian at 45th Battalion, 477th Division at Song Be (which was the staging area for the Cambodian War). 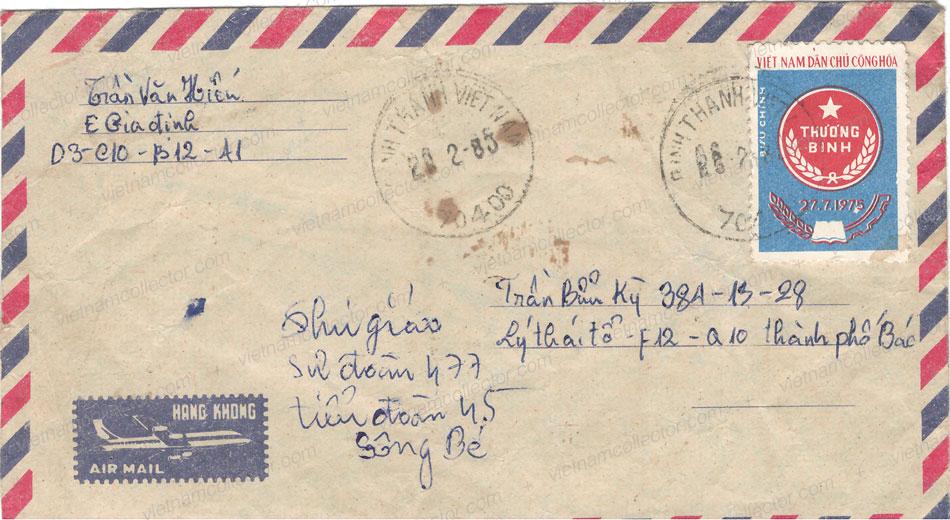 Single franking of the blue free frank on a local letter sent from Vung Tau to HCM City in August of 1980. 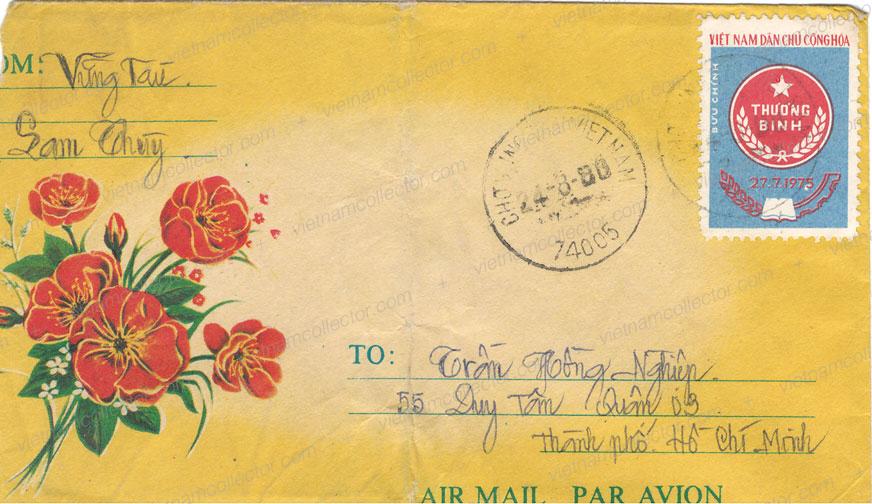 Single franking of the blue free frank sent on a local air mail letter in December of 1983 from Dong Nan to Him City. 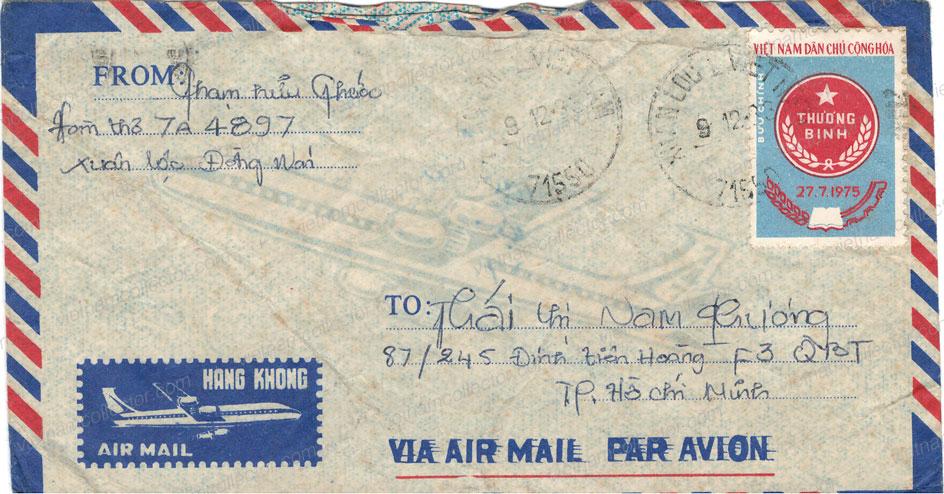