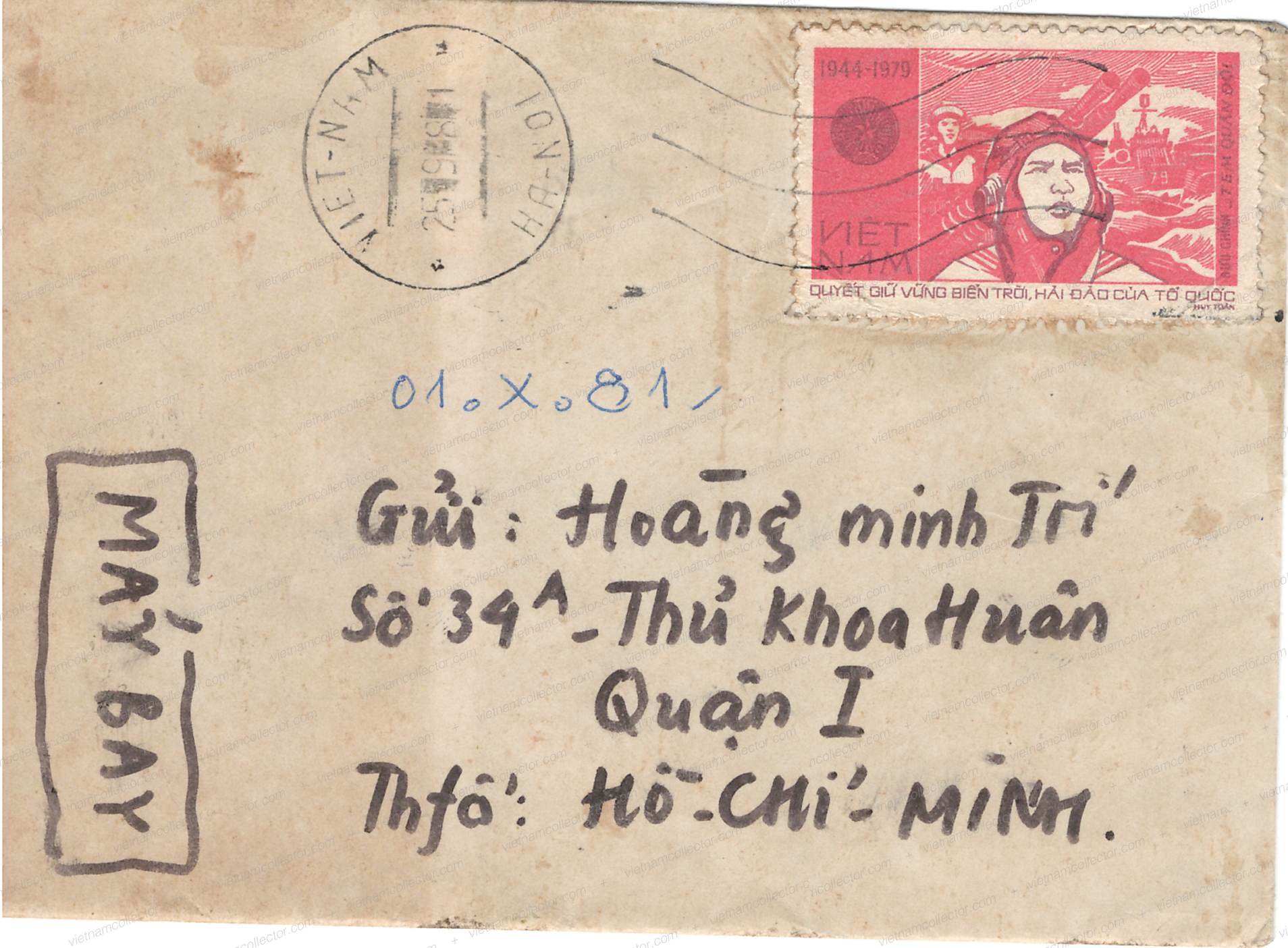 Unified Vietnam, For Military Personell 1979, December 22nd, 1979, Michel Nr. M33-34; Two stamps that were printed within the same sheet in alternating rows was issued in perforation 11.0 The stamps were produced by the Tien Bo Printing House in sheets of 100 stamps. The stamps were released to commemorate the 35th anniversary of the found of the People’s Liberation Army.

Jack Dyckhouse, Vice President of the Society of Indochinese Philatelist writes : After the Communist Viet Minh lost support of China in 1944 they turned to the consolidation of fragmented guerrilla units inside Vietnam. The Viet Minh entrusted the task of military and organizational preparation for the anticipated Japanese collapse to Vo Nguyen Giap. It was only 2 1/2 months before the Japanese coup de force that Vo Nguyen Giap launched the first platoon of the People’s Liberation Troops. Formed on December 22nd, 1944, in a Tho settlement in Dao Bang Province, on the border of China, this “army” consisted of 34 men equipped with two revolvers, seventeen rifles, fourteen flintlock rifles and one light machine gun.

Here is a mint pair of the stamps that shows the arrangement within the sheet.

Here is a vertical strip of four that shows a perforation error in the shape of a significant shift of the perforation upwards and hence running through the stamp’s design.

Local letter son by a member of the military from post code 70550 to Ho Chi Minh City in January of 1982. illegible hand cancels plus a HCM City machine cancel.

Rare multiple franking featuring both stamps on a local letter sent within HCM City in July of 1993. The letter is likely of philatelic origin.

While the majority of the stamps was printed in the color light-lilac-rose there is a rare color variety where the stamps are in rose color. Here are two stamps in this darker color.

Mixed franking of the 1D value (2) together with the military free frank issued in 1979 on an international air mail letter sent from Nam Dinh to Czechoslovakia. The use of free franks that carried no nominal value was against UPU regulations but the military stamp was apparently tolerated after all. 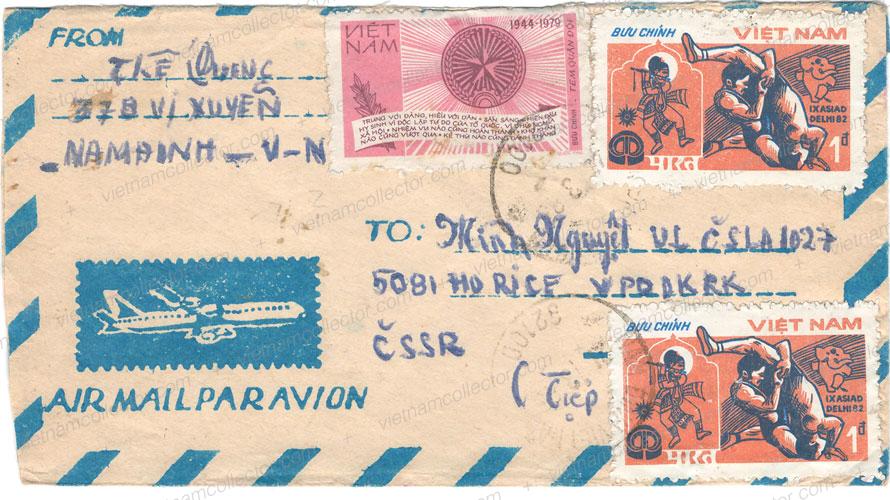 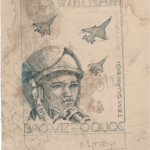 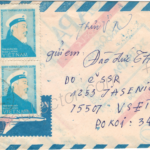