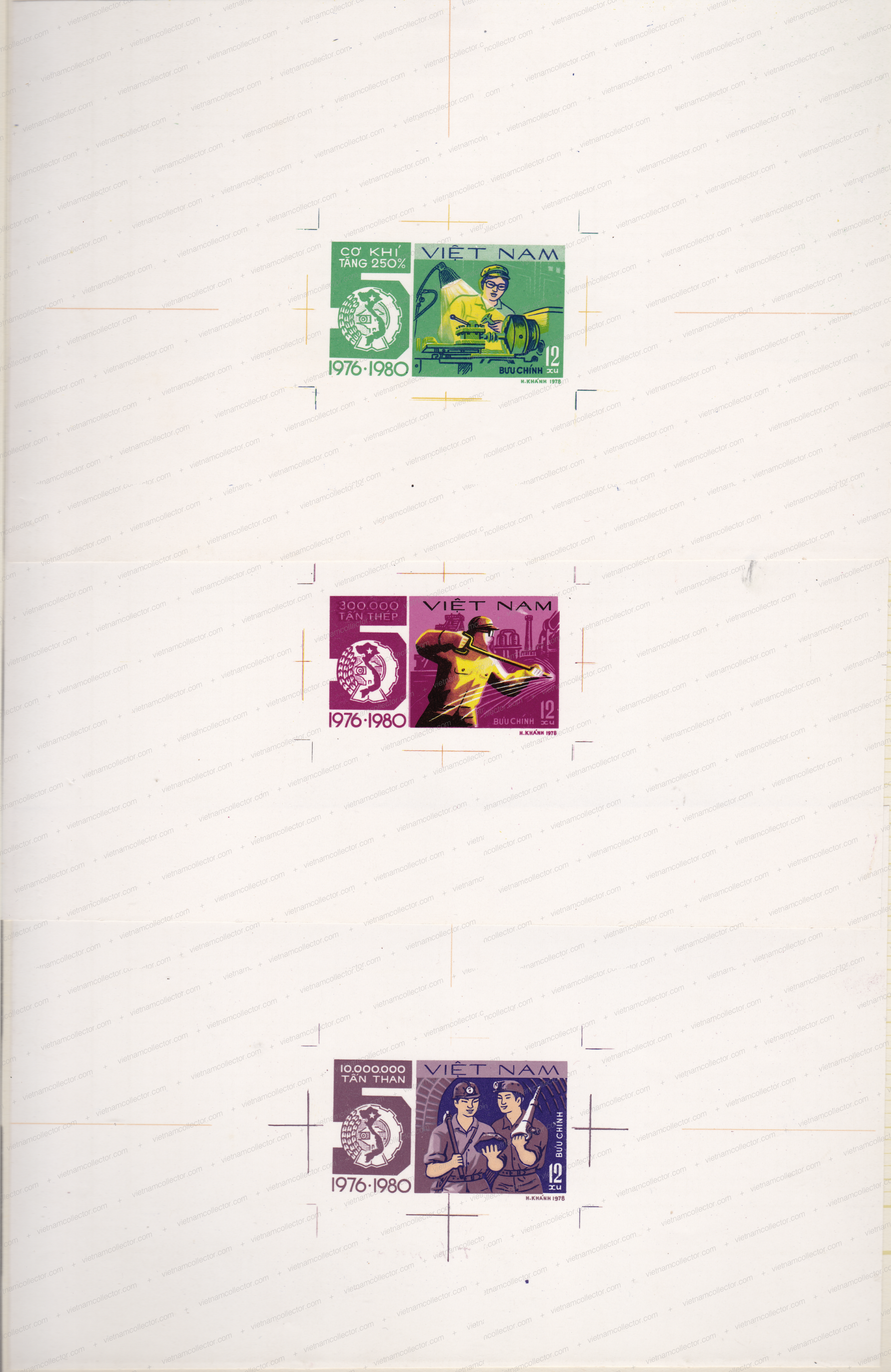 Excited about the victory in the war with the United States in 1975, Vietnamese bureaucrats estimated goals for the 1976-1980 Five Year Plan the were far too optimistic. The idea was that the end of hostilities would lead to a rapid economic development that could meet the goals. However on January 7th, 1979 the Vietnamese Army invaded Cambodia in order to assist the Government troops to oust the guerrilla army called the Red Khmer. The Red Khmer had repeatedly crossed into Vietnamese territory. Also, on February 17th 1979, China used this opportunity to invade all six Northern Provinces of Vietnam in order to forcefully settle a border dispute that had simmered for some time. Both wars cost a lot of resources. Finally large floods also occurred in 1979. All of these reasons led to the fact that the actual numbers were a lot lower than the ones projected.

To celebrate the Five Year Plan postal authorities initially had intended to issue a commemorative stamp set with five different nominals. These were 12 xu (three stamps), 20 xu and 40 xu. The stamps were designed by H. Khan (the same designer that designed the finally issued set) and production of the stamps had already advanced to the proof stage, which meant that the final printing was imminent. However to the knowledge of the editor no trial sheets were produced and the stamp issue was simply shelved. The reason for this is unknown but according to SICP member Lucian Lu it had to do with the fact that this definitive series was required to be produced in large numbers and that this would have used up too much paper and ink which was still a scarce commodity (refer to SICP Journal Nr. 155 from November 2002).

Below are thirty three exceedingly rare sheetlets with the phase prints of this series (ex Klewitz). They are from the stamp designers archive and are probably unique. The sheets are assembled in such a manner that the white margins overlap with each other. 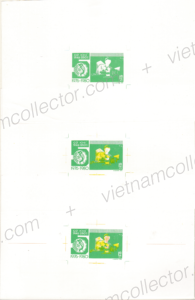 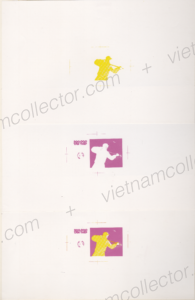 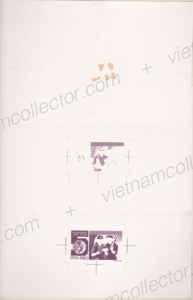 Here are the three sheetlets the show the completed 12 xu stamps: 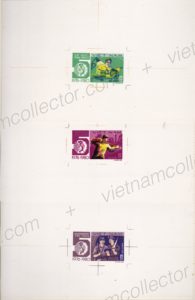 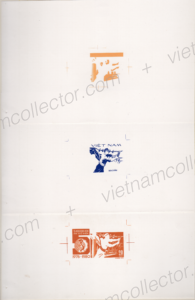 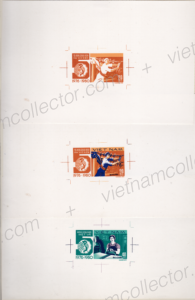 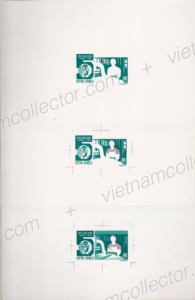 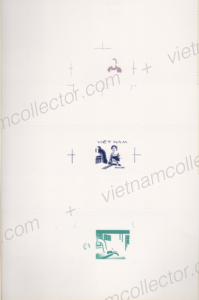 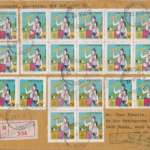 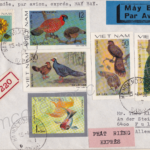