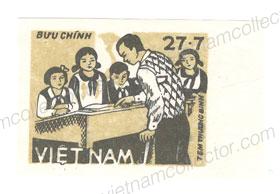 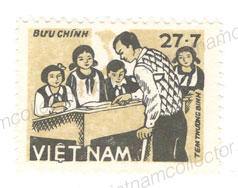 This stamp was not officially released imperforate, however a small number of imperforate trial proofs have come to market. Here is one if them from the right sheet margin.

Single franking of the stamp mailed in Binh Dinh Province and sent to HCM City in August of 1985. HCM City machine arrival cancel on the reverse. 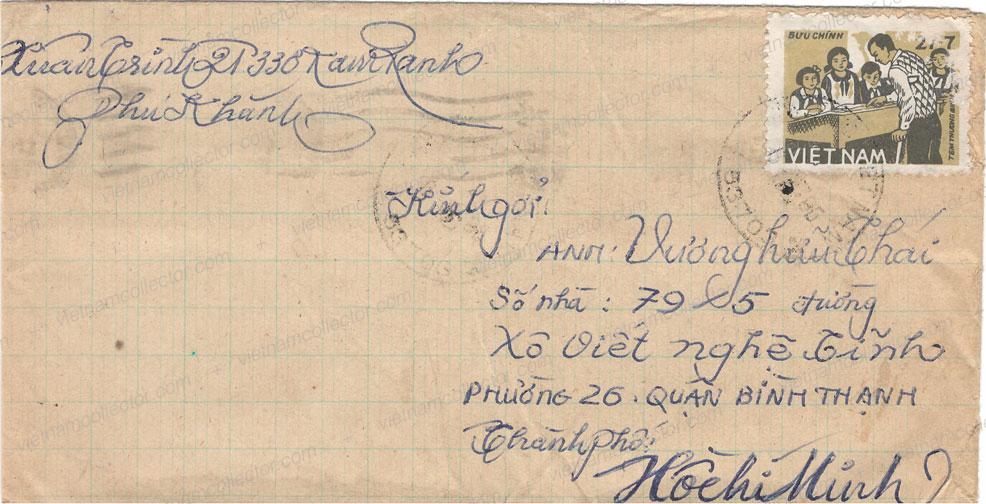 Single franking of the stamp on a local letter sent from Ngoc Loc to HCM City. 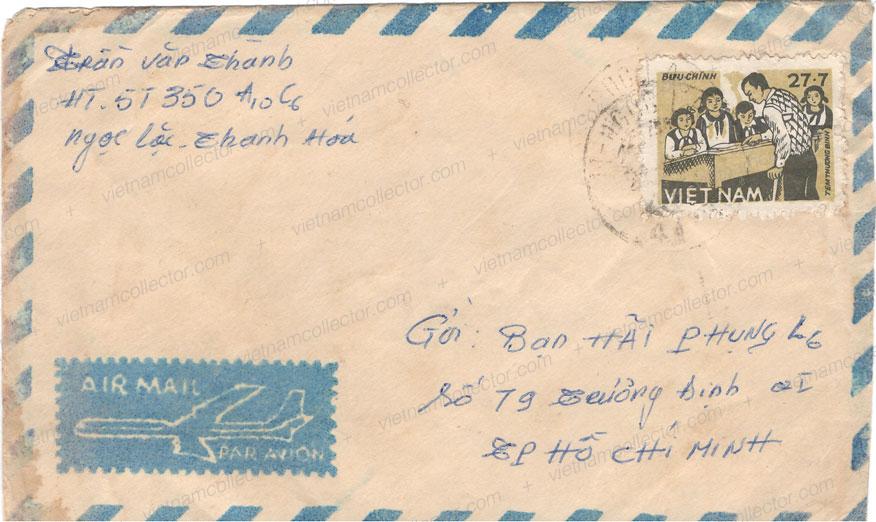 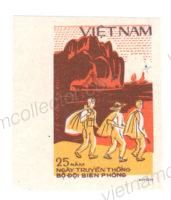 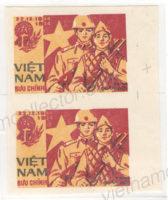