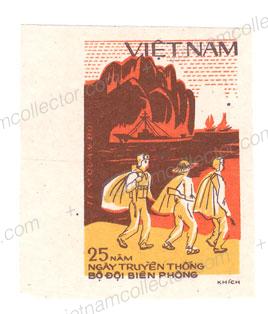 Unified Vietnam, Border Troops, August 30th, 1984, Michel Nr. M43; A single stamp with no nominal value and in perforation 10.75 was issued. The stamp is known in smooth and in rough perforation. The rough perforation is simply a function of stacking too many sheets at a time into the perforation machine.

Here is the mint stamp in smooth perforation 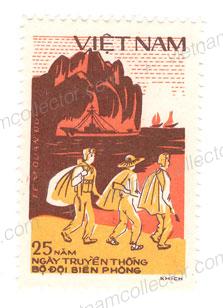 and here the one in rough perforation 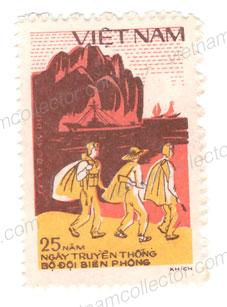 The stamp was not officially released imperforate, however, a small number of imperforate trial proofs have come to market. Here is one f them from the left sheet margin.

Single franking of the stamp on a local letter sent from HCN City to Can Tho in January of 1987. 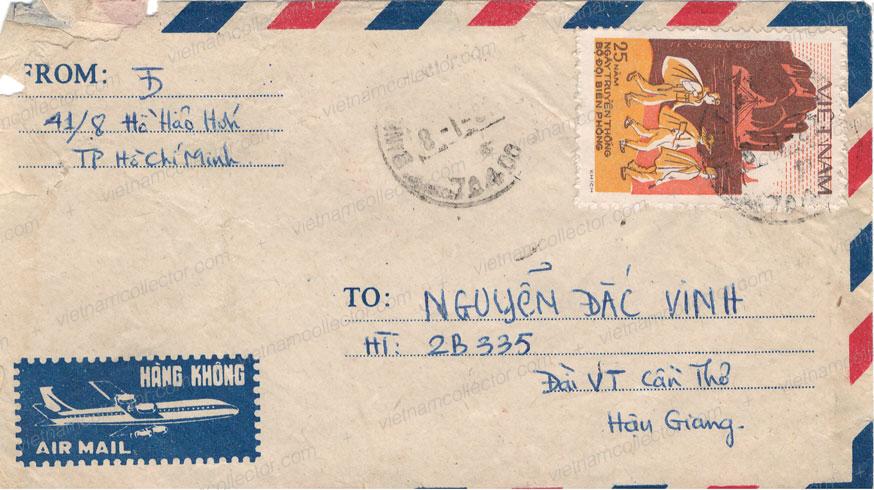 Single franking of the military free frank on a domestic letter sent in February of 1985 to HCM City. 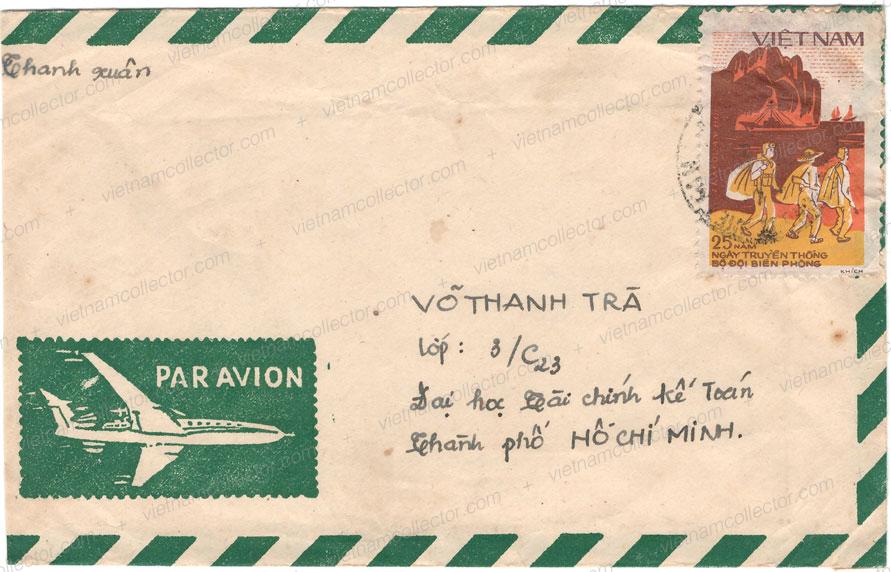 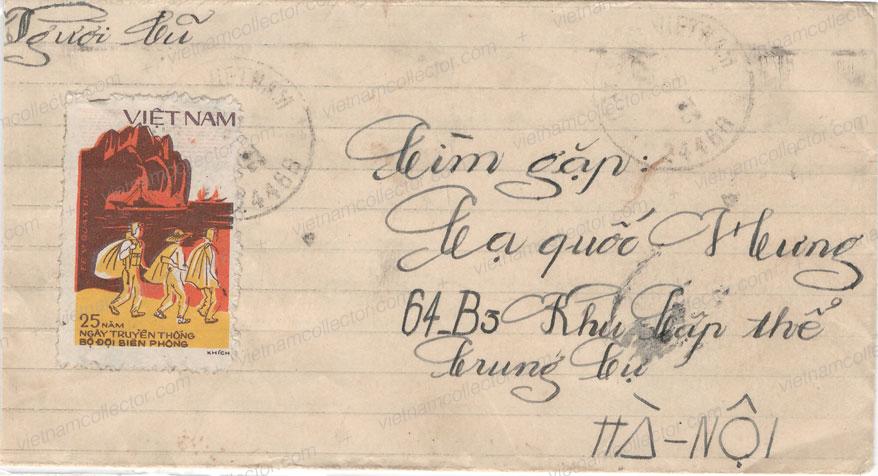