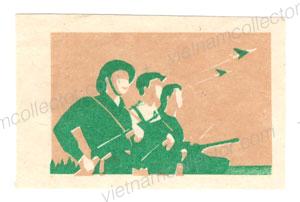 Unified Vietnam, Army 1983, Much 30th, 1983, Michel Nr. M40; A single stamp without a nominal value was issued in perforation 10.75. There are a number of perforation varieties on this issue, some of which are rather rudimentary, which suggests that some of the sheets were delivered imperforate to post offices and perforated there with whatever tools were on hand. Michel lists perforations from 9.5-12. 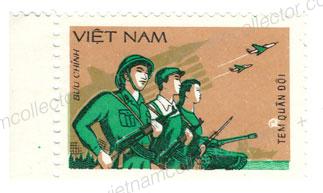 It appears that at least some imperforate stamps were sold over postal counters. Here is a mint vertical imperforate pair. 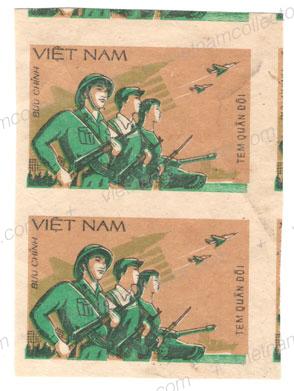 Some imperforate trial proofs have also come to market. Imperforate stamp with a weak printing run of the black color 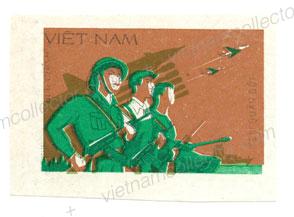 Imperforate stamp with a passer-shift of the green color downwards 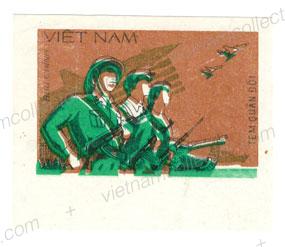 Imperforate stamp with a printing error on which the entire black printing run is missing.

The issue was also plagued with a host of production problems that led to numerous imperfections on the final print of the stamps. These are not particularly rare so do not warrant a significant surcharge over the price of the normal stamp.

Mint stamp in rough perforation 9.0 that shows a passer shift of the brown and green color downwards. 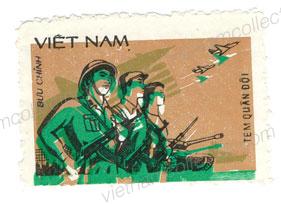 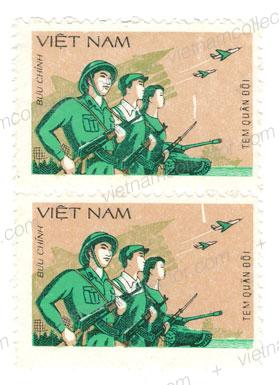 Mint stamp (Perf. 10.75) that shows a printing flaw of a large number of light dots embedded in the brown color that looks like “flares in the sky”. This was caused by improper adhesion of the brown color. 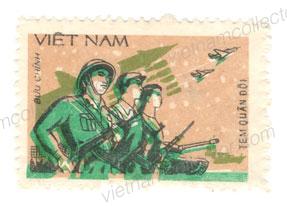 Mint block of four (Perf. 10.75) that shows some errant black and green color where they do not belong and a partial failure of the brown color resulting in white spots. 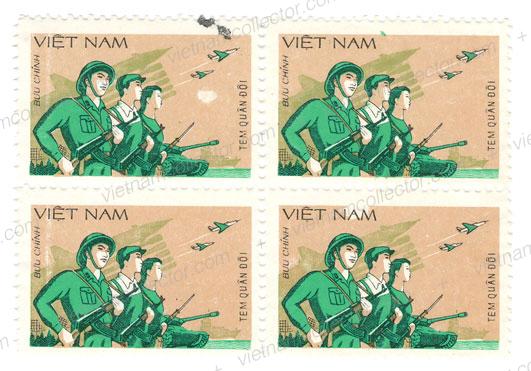 Detailed scans of the affected areas 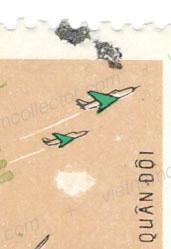 Single franking of the stamp (Perf. 11.0) on a local letter from Phu Ton Province to HCM City in October of 1984. 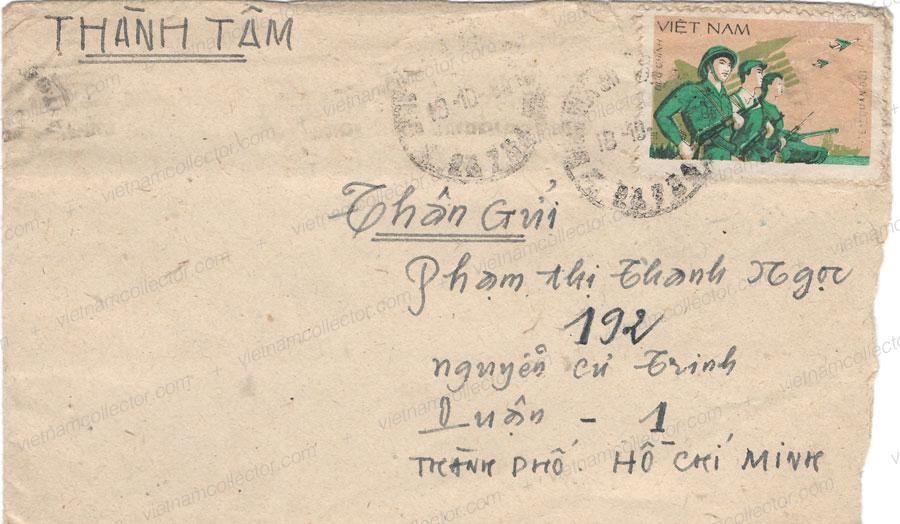 Single franking of the stamp from Ferry of 1986 that documents the occupation of Cambodia. The letter was sent from the provincial capital Siem Riep, Cambodia to HCM City. All Cambodian occupation mail was centrally delivered to HCM post offices and processed there. The letter therefore carries a Ba Queo cancel which is a small post office outside of HCM City. Binh Thanh transit cancel on the reverse. Rare multiple franking of the stamp representing the second weight level on a local letter sent from Quan 5 to HCM City. The stamps show a perforation error. The stamps are imperforate in-between and on the right side. Error stamps on postally used cover are very rare.