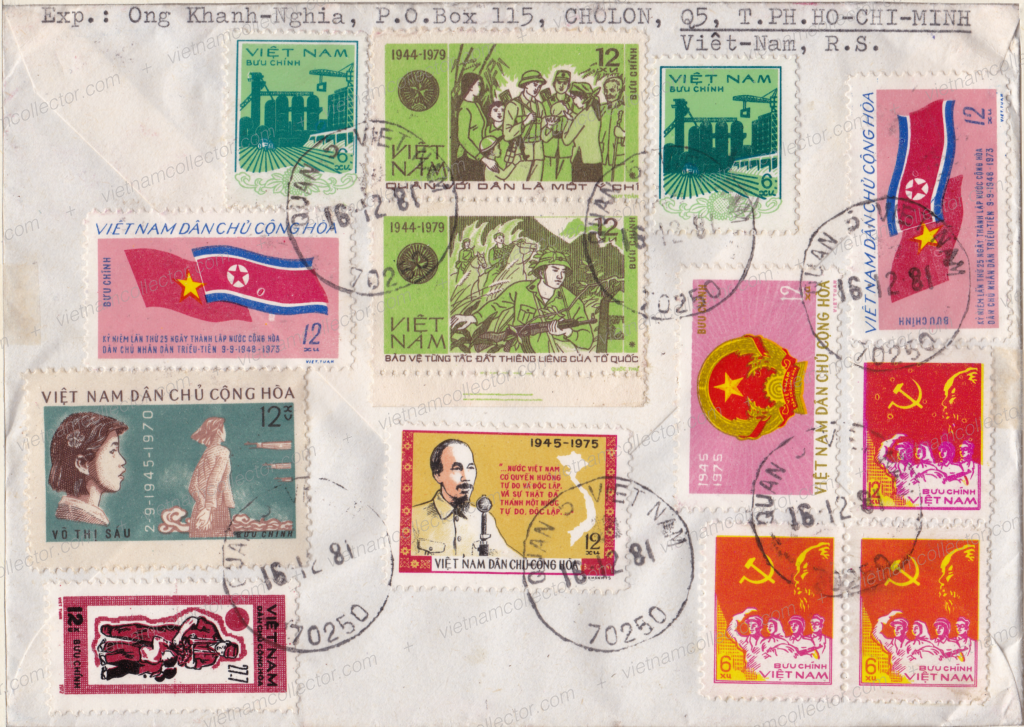 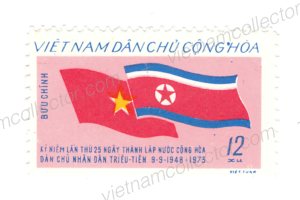 Single franking of the 12 xu stamp on a domestic letter sent from Lac Son to HCM City in December of 1973. HCM City machine arrival cancel on the reverse. 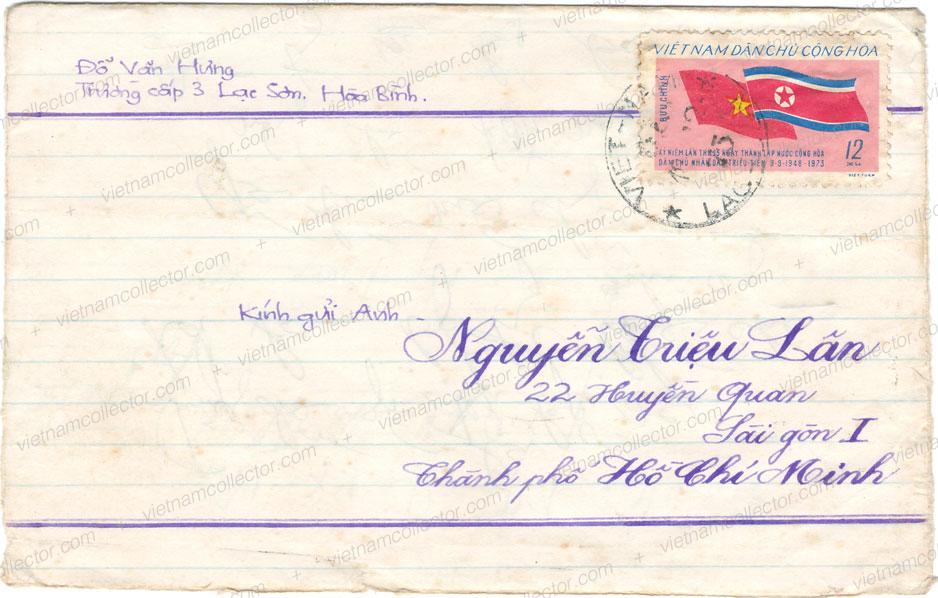 Rare single franking of the 12xu stamp on a local letter (full content preserved) from June of 1974 sent to a member of the North Vietnamese Military (note the Hom Thu number as part of the address line). 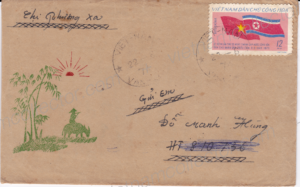 Rare multiple franking of the 12xu value paying the second weight level on a local letter sent to Saigon in 1976. Hanoi machine cancel. 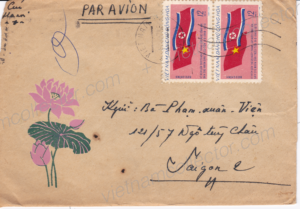 Registered letter sent to Klewitz in December of 1981. It carries a pair of mis-perforated  green/yellow Five Year Plan 12 xu stamps of the 2nd printing. There is also a block of nine of the 12 xu stamp 1st printing. Two of the Kore stamps are on the reverse. The overall postage amounted to 8.34 Dong. 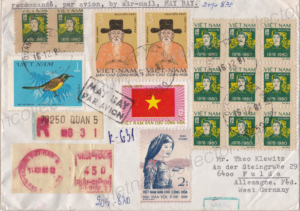 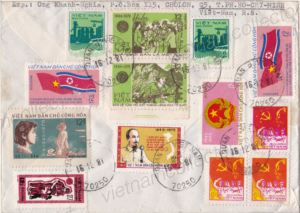 Another registered letter sent from Quan 1 (Ho Chi Minh City) to Klewitz in June of 1981. The letter carries the other half of the perforated Fish set plus one of the Korea stamps for an overall postage of 8.07 Dong. 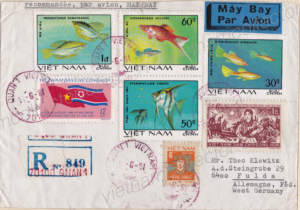 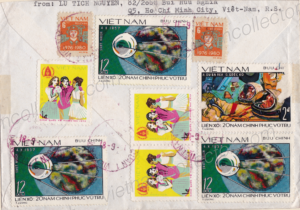 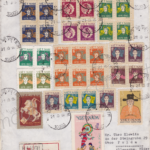 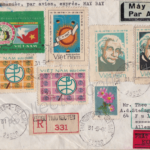