International Year for the Dialogue of Civilizations

Mint block of eight showing the Tête-bêche arrangement of the stamps within the sheet. 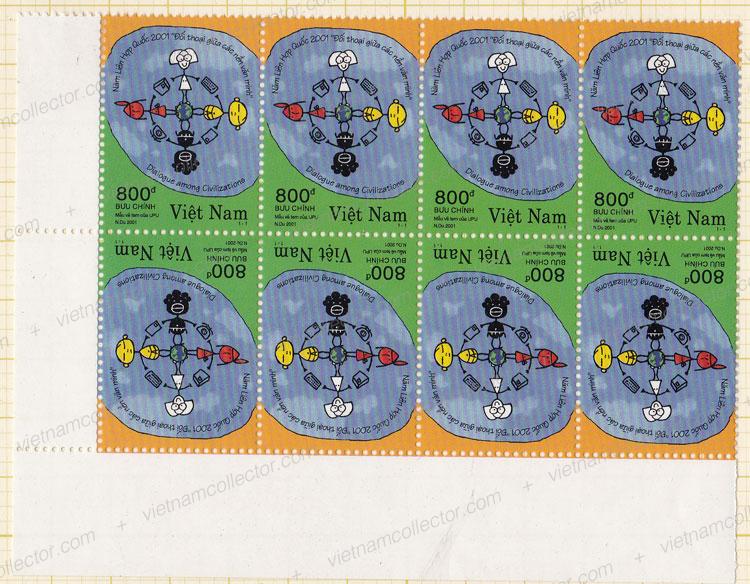 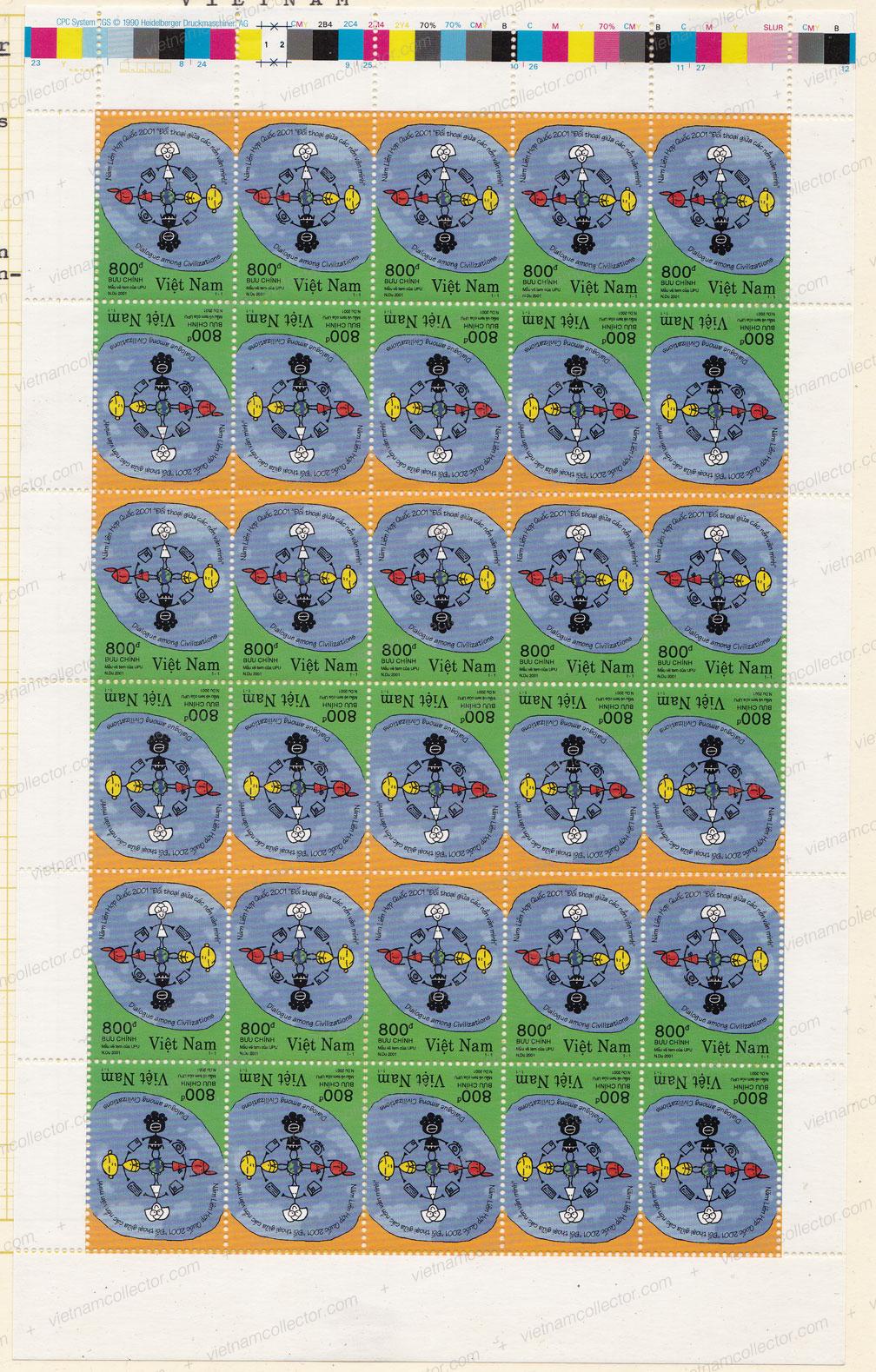 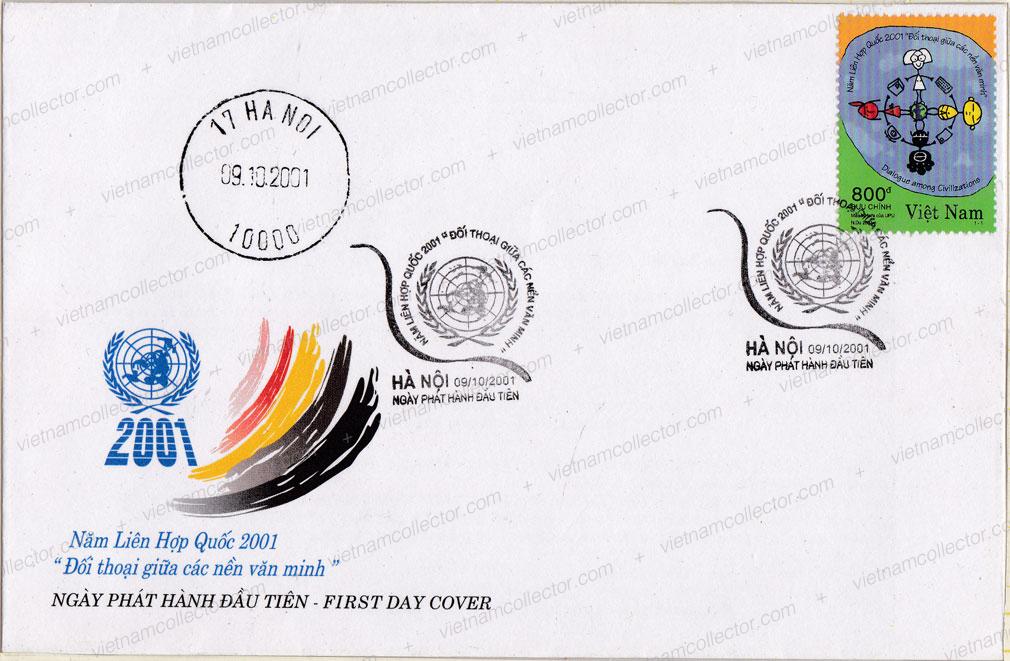 Mixed franking of the Dialogue of Civilizations stamps together with stamps from the Year of the Horse (Tête-bêche Pairs), Mushrooms, Domestic Plants and Domestic Coral Fish (imperforate) sets paying an overall postage of 45,600D on a registered air mail letter sent from Saigon to Klewitz in January of 2002. Imperfroate stamps on postally used letter are very hard to find. Incoming German registration receipt on the reverse. 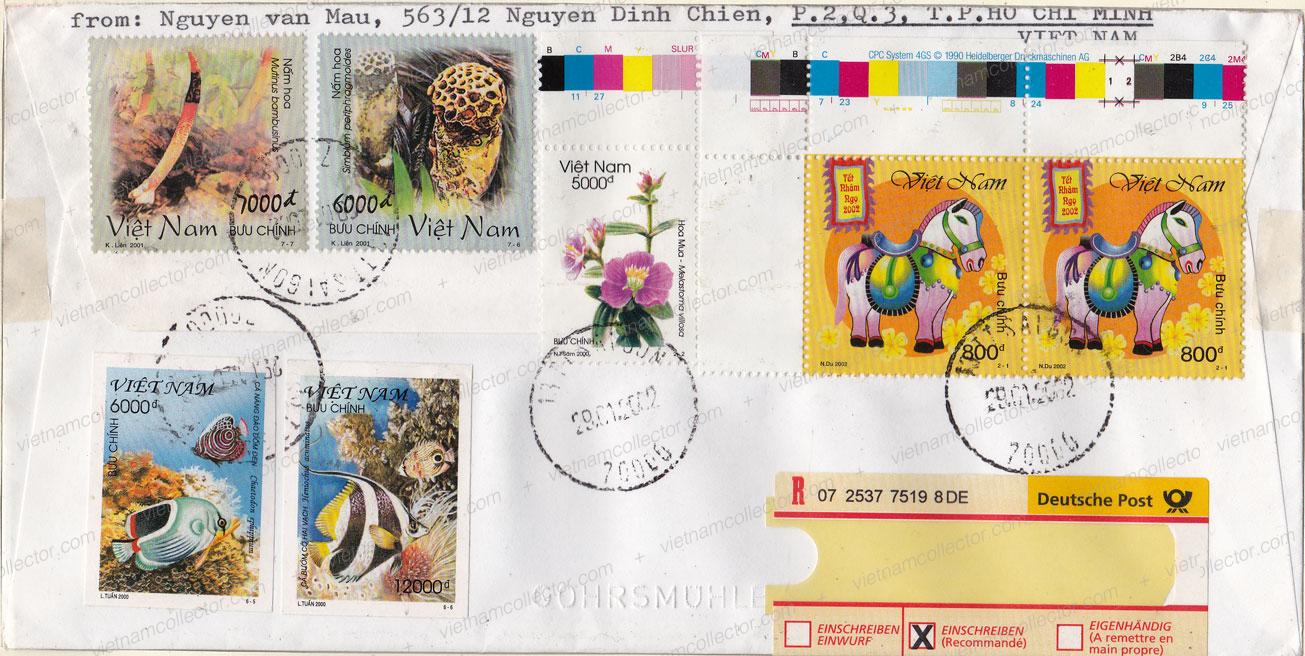 Mixed franking of the Costumes of Tuong Opera set together with stamps from the Von Thi Sau, Year of the Snake, Tran Huy Lieu, Nam Cao and World Non-Smoking Day sets paying an overall postage of 42,800D on a registered air mail letter sent from Quan 4 to Klewitz in February of 2002. 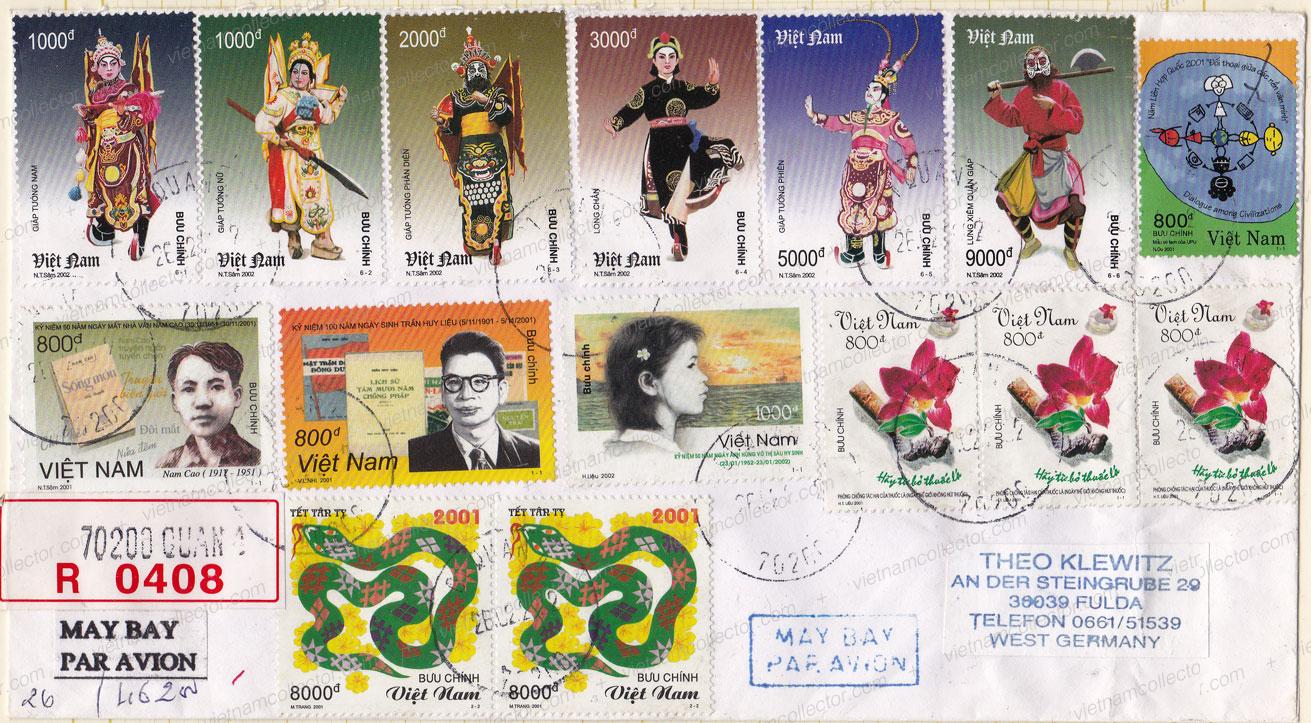 Mixed franking of the Chinese New Year; Year of the Goat perforated set together with stamps from the International Year for Dialogue (Tête-bêche pair) issue paying an overall postage of 13,800 (including the red free frank of 1,800D) on an international air mail letter sent from Quan 4 to Klewitz in December of 2002. 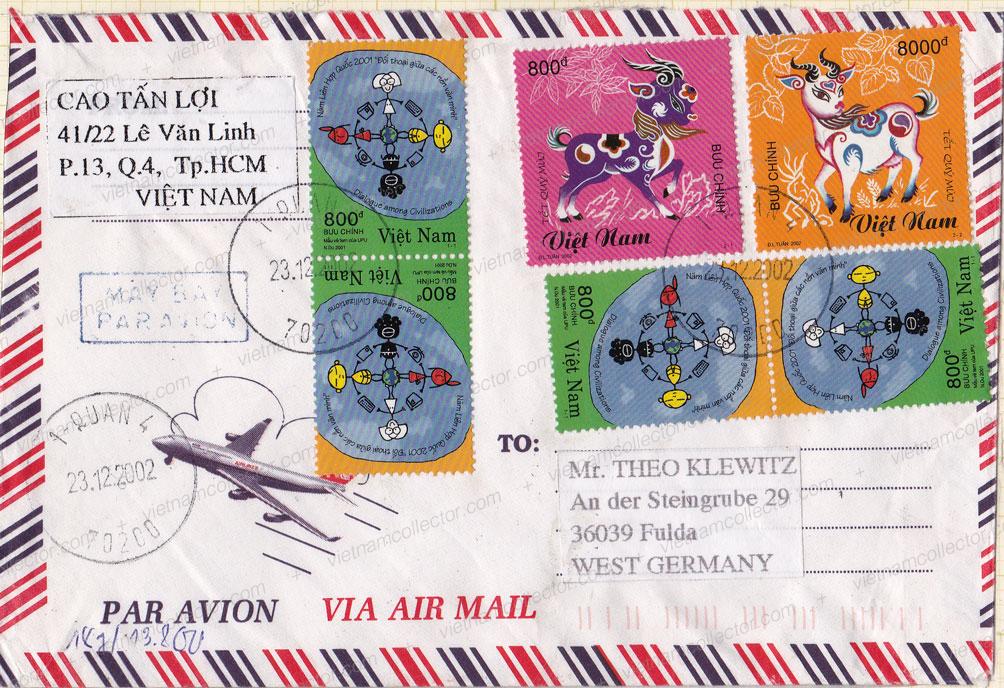 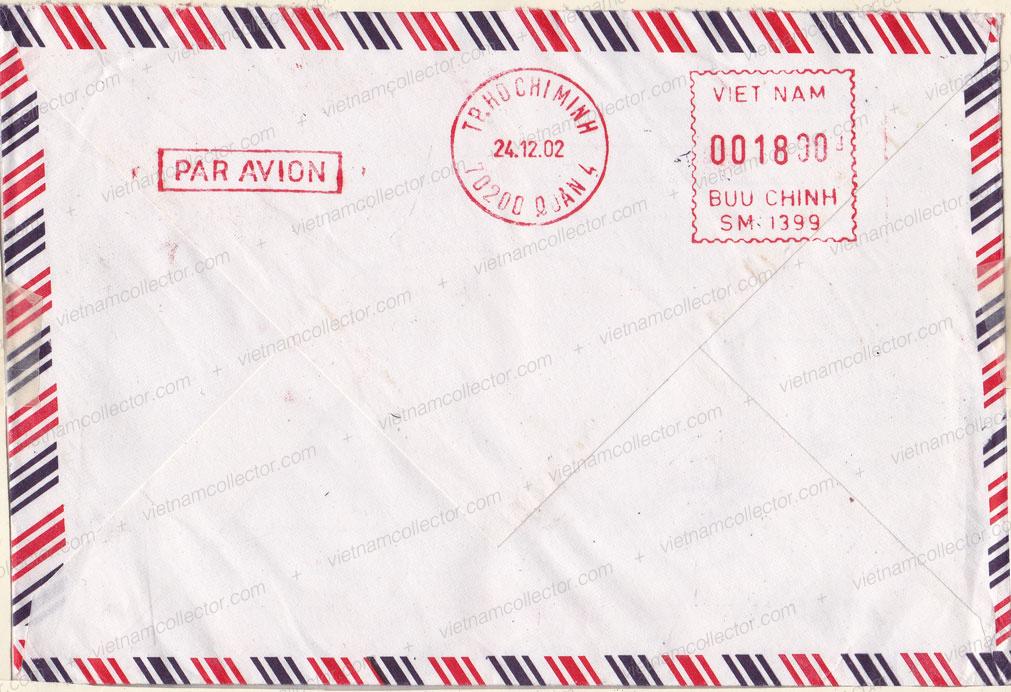 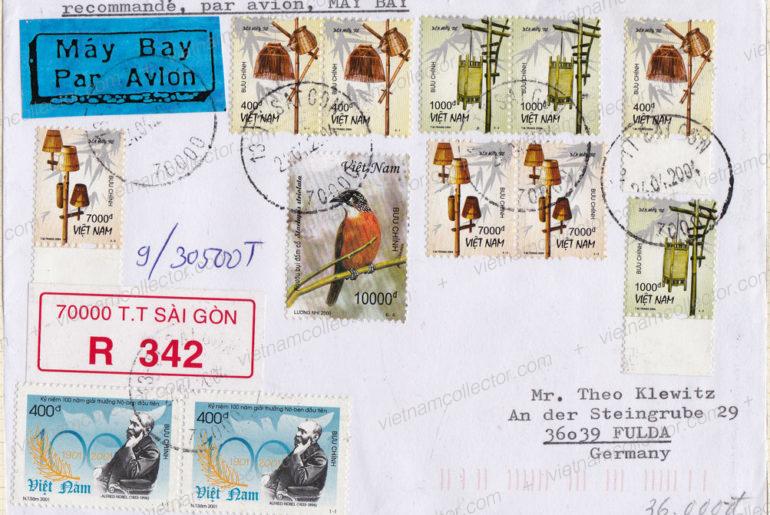 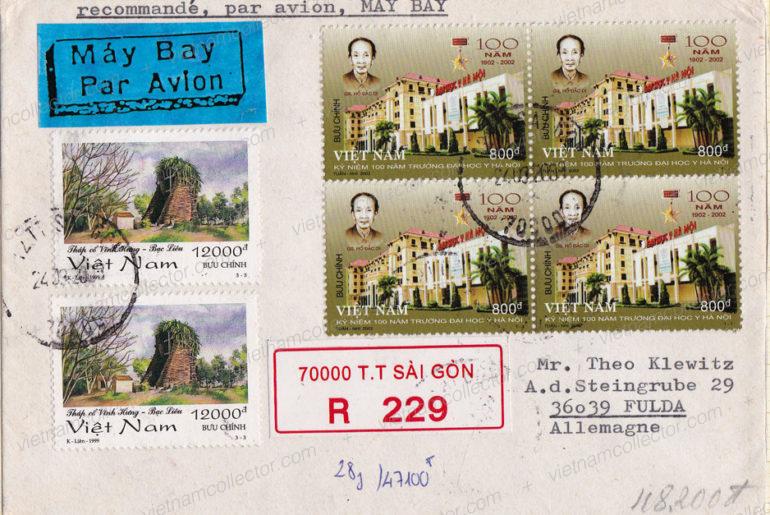 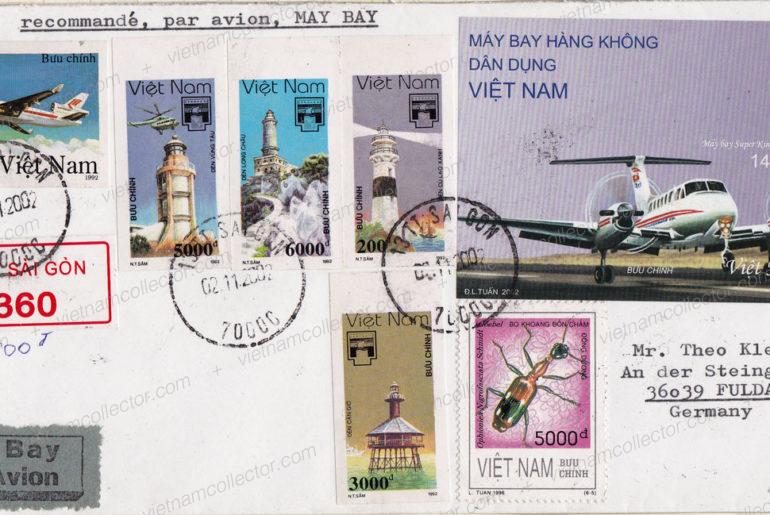