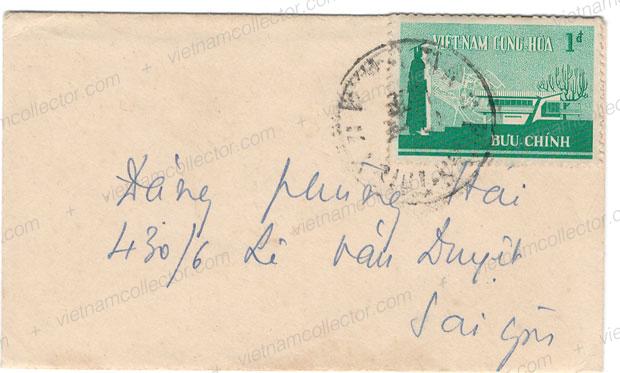 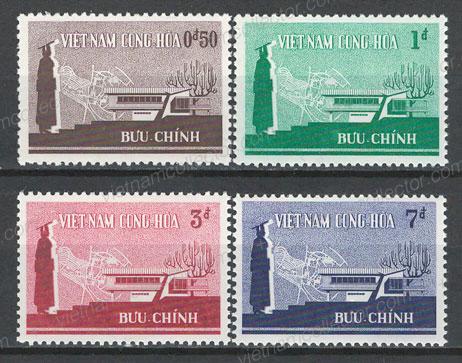 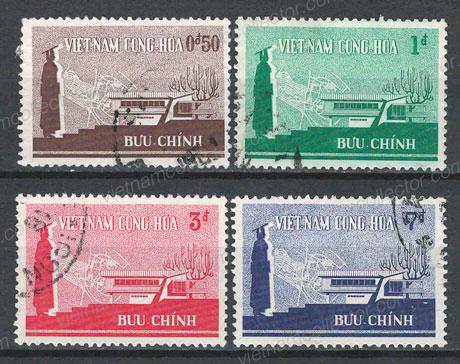 These stamps were not officially released imperforate, however, a small number of imperforate trial proofs have come to market. Here is the imperforate set in matching right sheet margins. 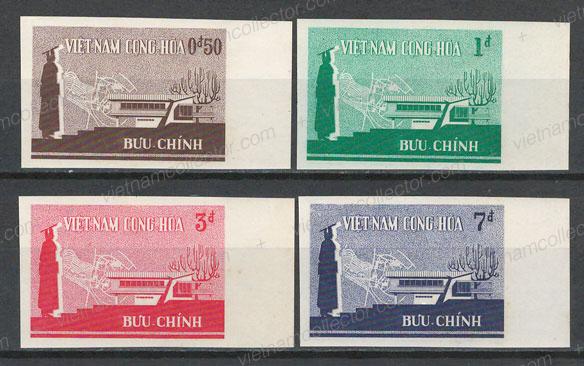 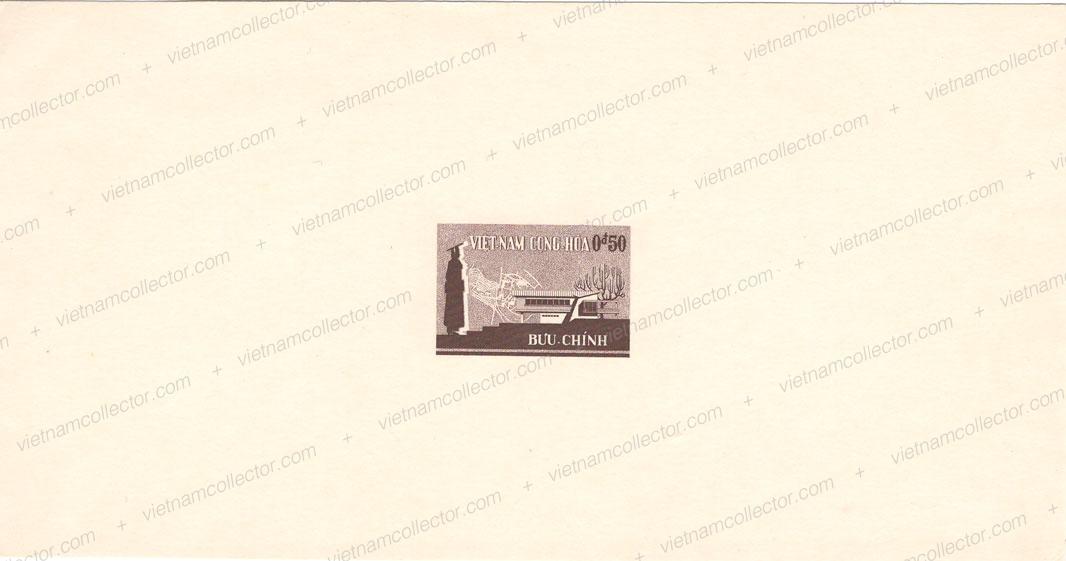 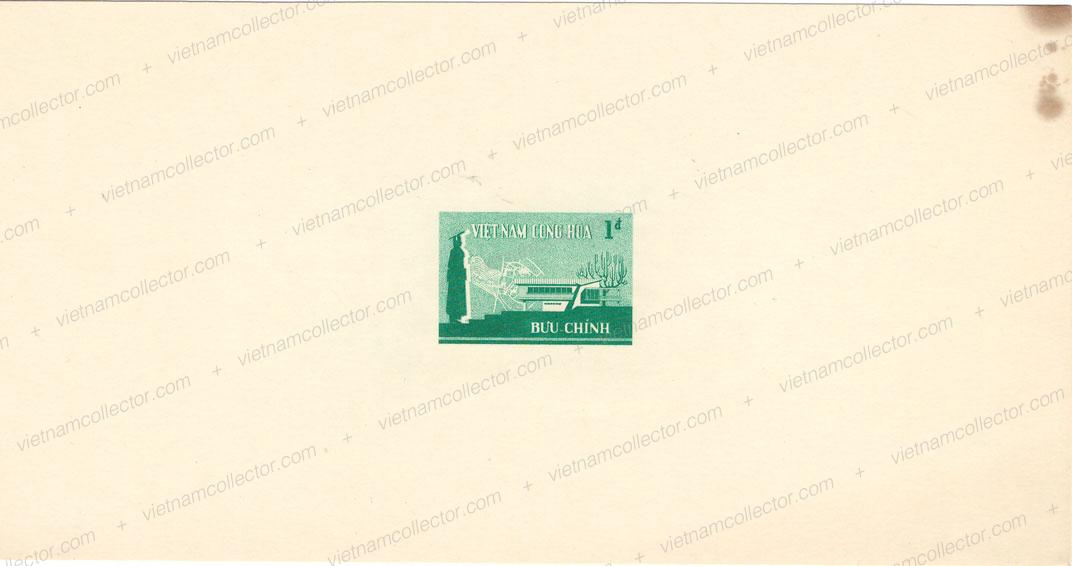 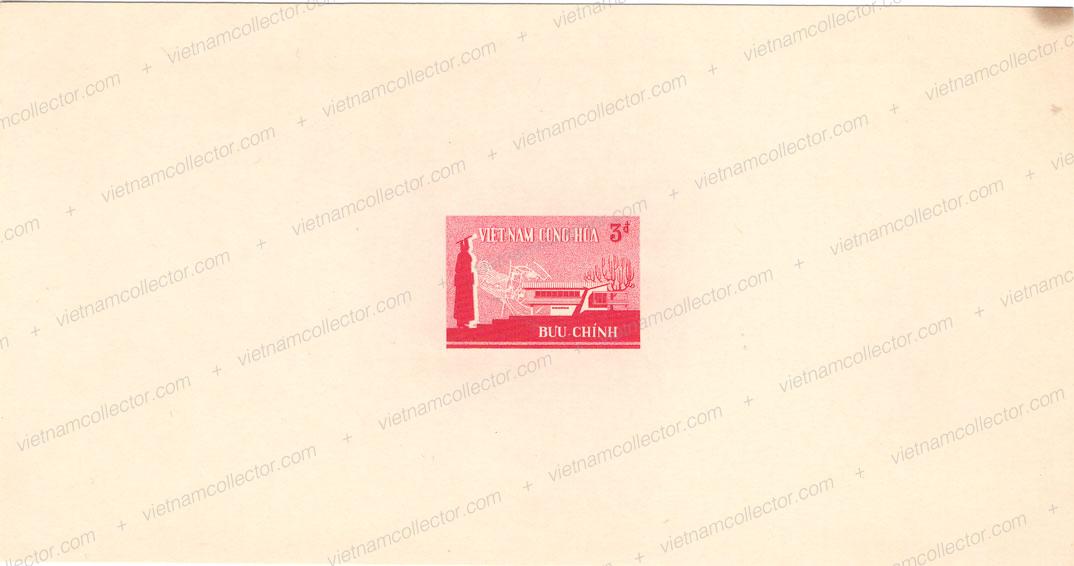 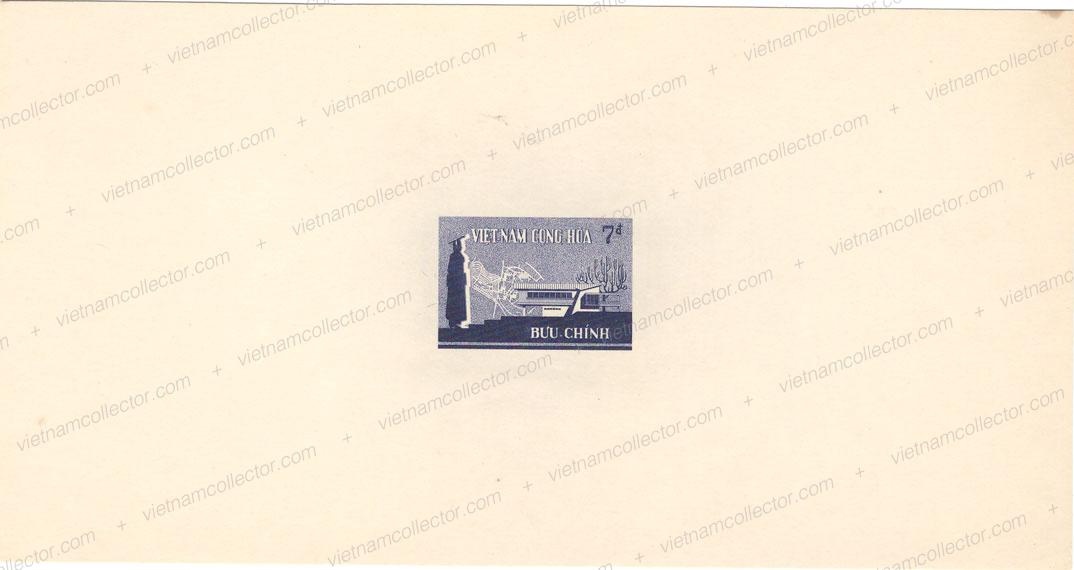 Mixed franking of the 3D Flower value together with two 50c University Eductaion stamps paying an overall postage of 4D on a domestic letter sent from Saigon to Dalat in May of 1966. 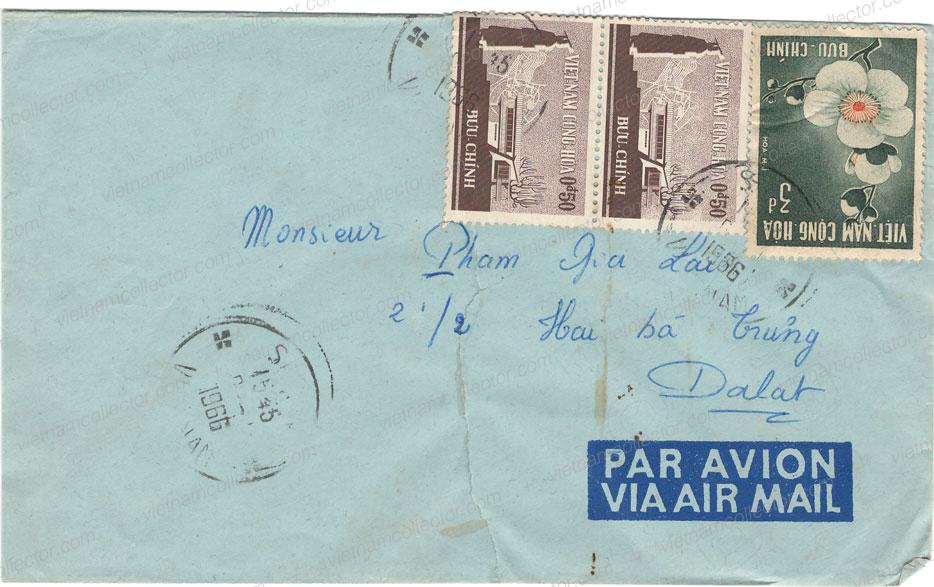 Mixed franking of the 70c, 80c and 3D Flower stamps together with stamps from the Reunification, Human Rights, Madonna, Country Youth Organization, Sports and University Education sets paying an overall postage of 13D on an international air mail letter sent from Saigon to Switzerland in August of 1966.

Very rare single franking of the 1D stamp on a domestic printed matter mailing of a business card to Saigon.

Single franking of the 3D value on a domestic air mail letter sent from Saigon to Phu Nhuan in November 1965. 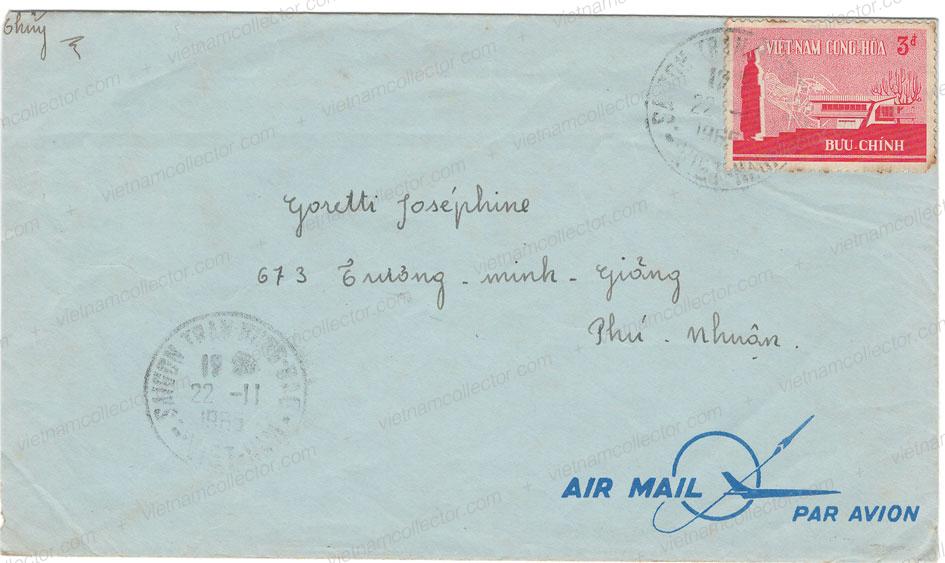 Rare multiple franking of the 7D (3) on an air mail letter front sent from An-Loc (small post office) to the United States in June of 1967. 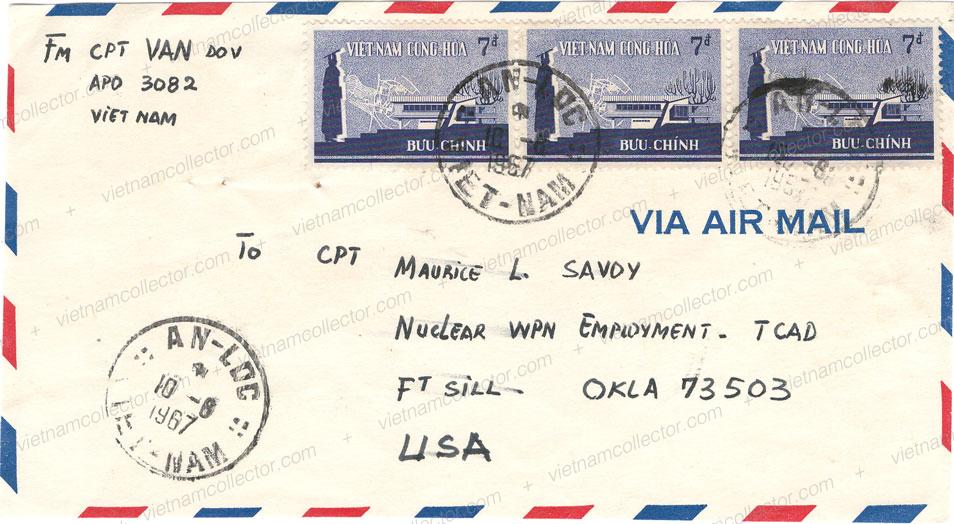