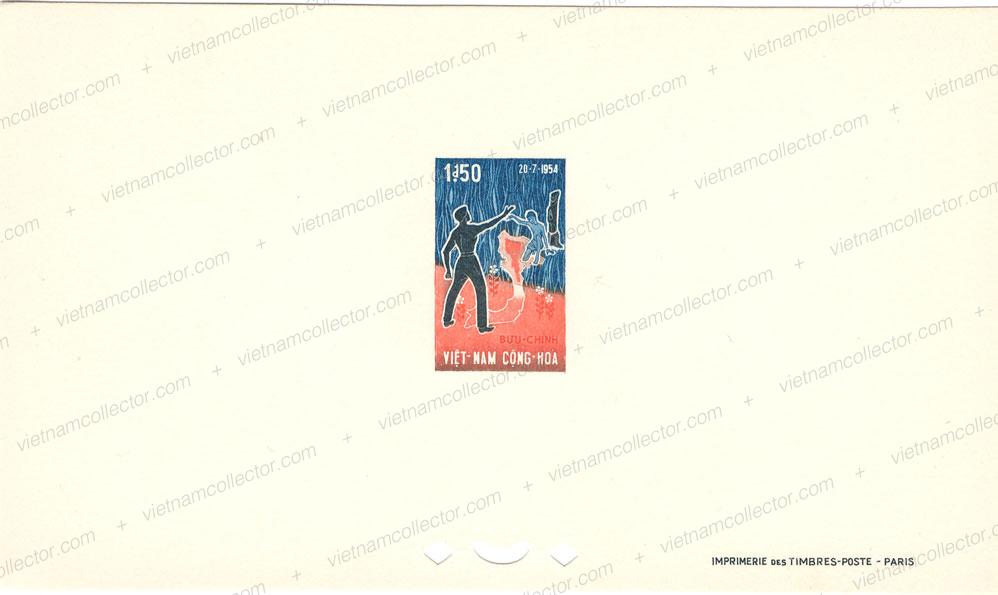 South Vietnam, Reunification, July 20th, 1964, Michel Nr. SVN 316-318; The South Vietnamese Government continuously undermined the nationwide elections that had been agreed upon during the Geneva Convention in 1954 and that were supposed to serve as the means for the reunification of Vietnam. The reason for this was that Ho Chi Minh in the North was still much more popular all over Vietnam than Ngô Đình Diệm. Faced with the high probability of losing the elections, the South simply stalled. This did not prevent the Government from cynically from issuing a stamp series that dealt with reunification. Three stamps in nominals of 30c, 50c and 1.50D were issued in perforation 13. 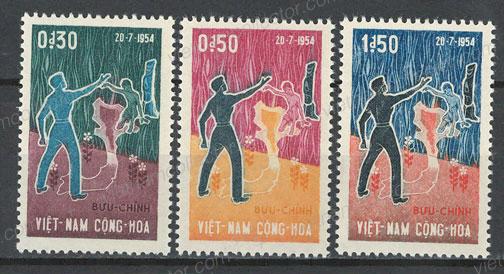 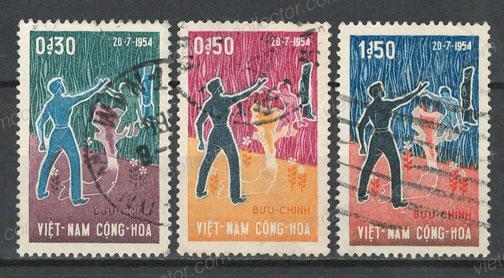 These stamps were not officially released imperforate, however, a small number of imperforate trial proofs have come to market. Here is the set in imperforate pairs. 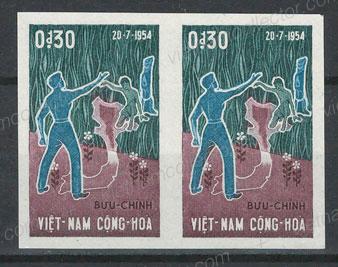 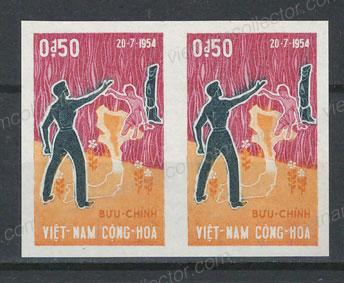 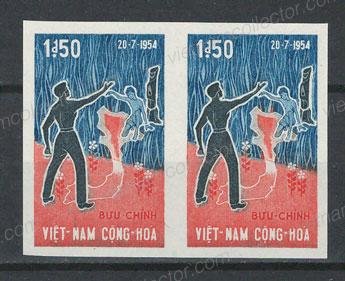 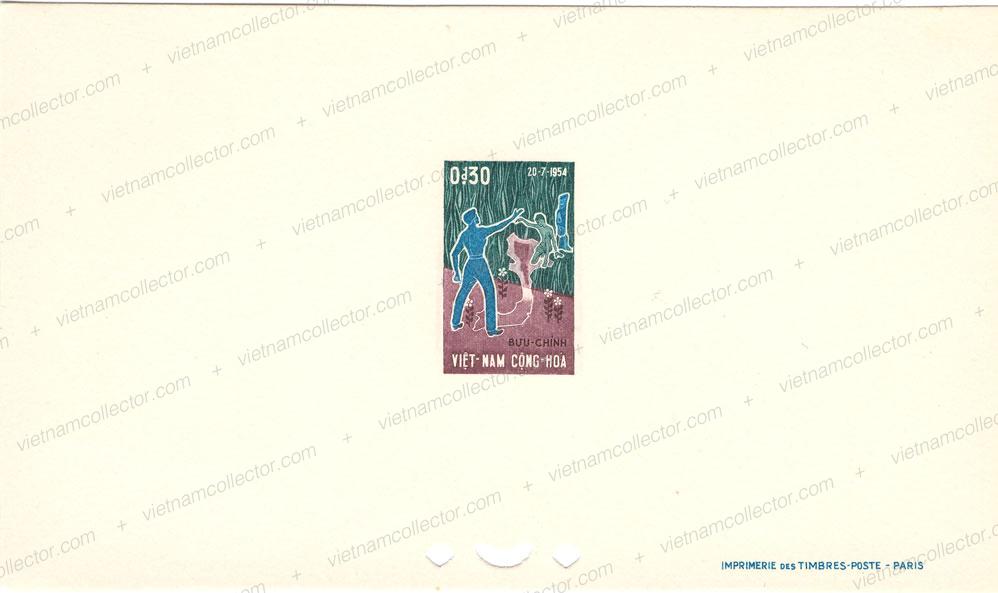 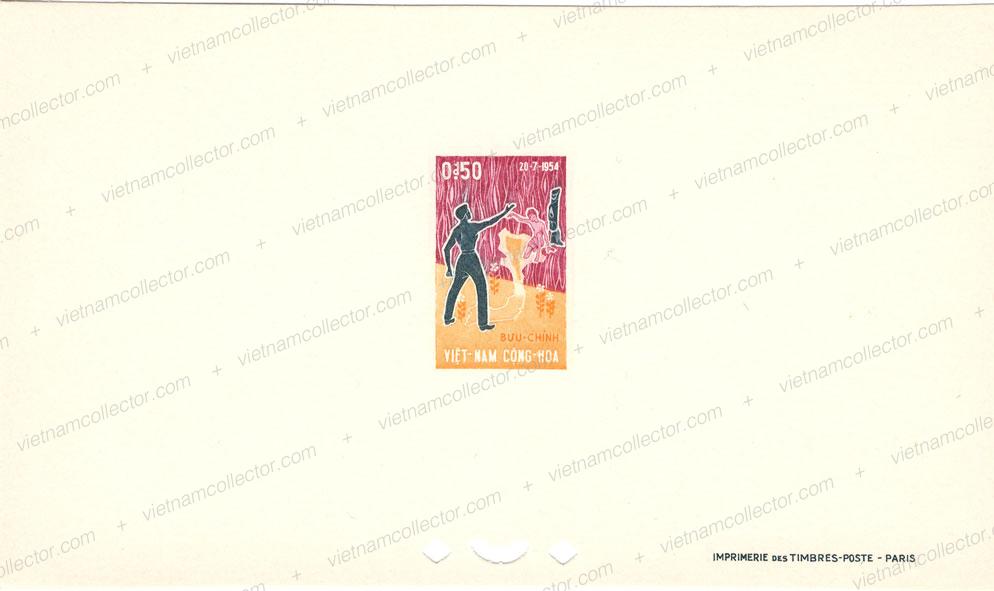 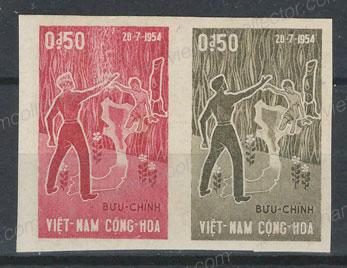 Very rare multiple franking of the 30c value (3) paying an overall postage of 90c on an international printed matter mailing in December, 1965. 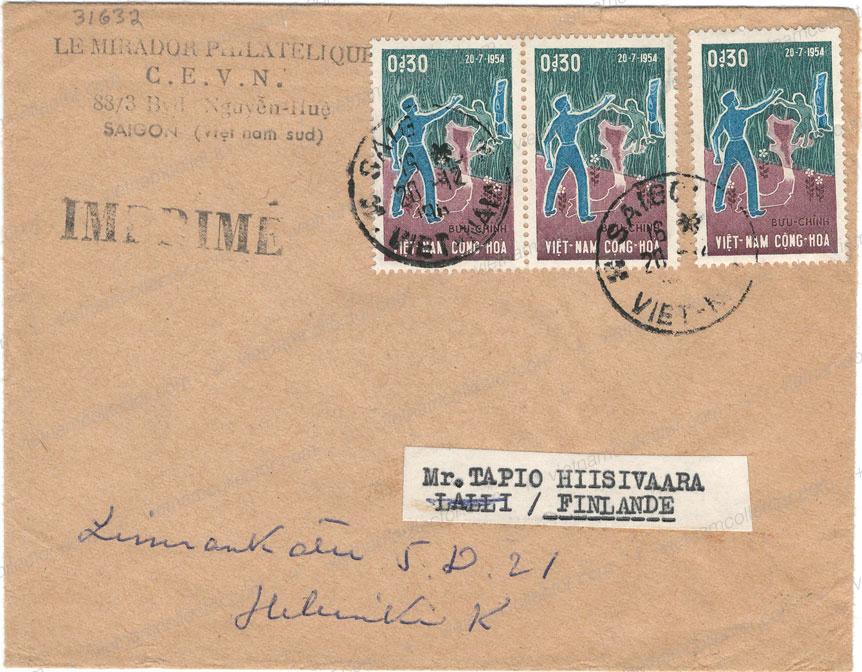 Mixed franking of the 70c, 80c and 3D Flower stamps together with stamps from the Reunification, Human Rights, Madonna, Country Youth Organization, Sports and University Education sets paying an overall postage of 13D on an international air mail letter sent from Saigon to Switzerland in August of 1966.

Mixed franking of the 50c 1.Anniversary of the Revolt against Ngô Đình Diệm stamp together with stamps from the Buddhism, Reunification, Buildings and Landscapes, ITU and Highway Saigon-Bien HOa sets paying an overall postage of 10.50D on a printed matter mailing sent from Saigon to the United States in June of 1965. 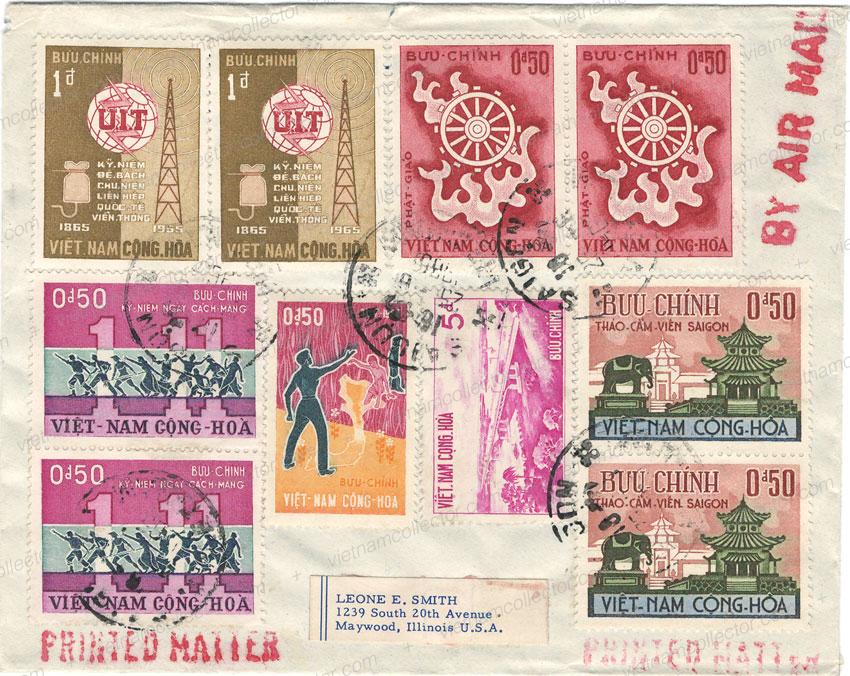 Single franking of the 1.50D value on a domestic letter sent from Saigon to a member of the military (KBC 4523, which was a military school in Lam Son). Letters to members of the military only cost 50% of the standard domestic postal tariff. 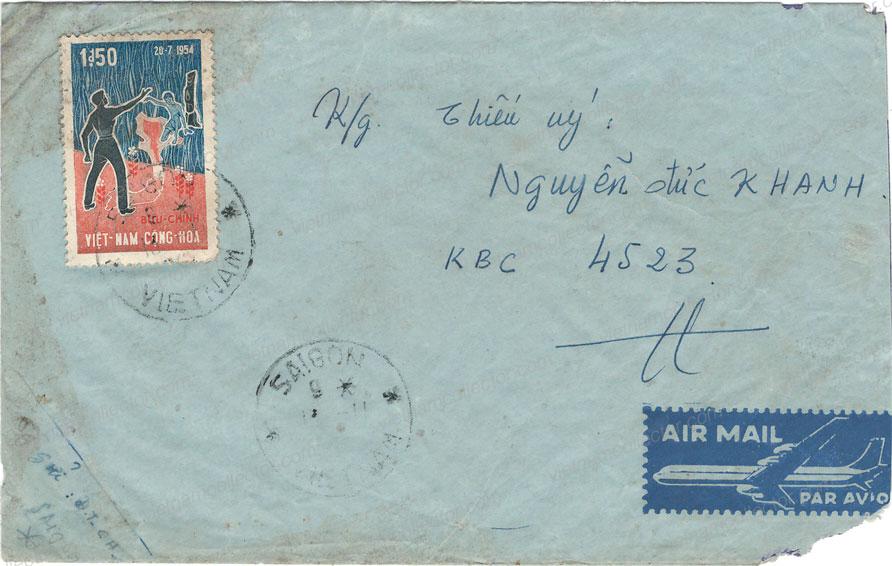 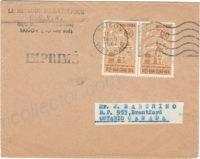