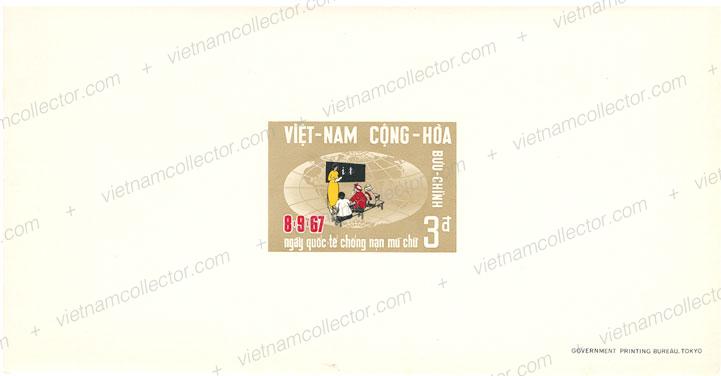 International Day of Fight Against Illiteracy

South Vietnam, International Day of Fight Against Illiteracy, December 10th, 1967, Michel Nr. SVN 398; A single stamp with a 3D nominal and in perforation 13-5 was issued. 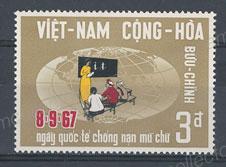 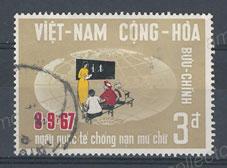 Single franking of the 3D value on a domestic letter sent from Saigon to Cholon in August of 1968. Propaganda cachet on front  stating “Actively participate in the aid for war victims”. 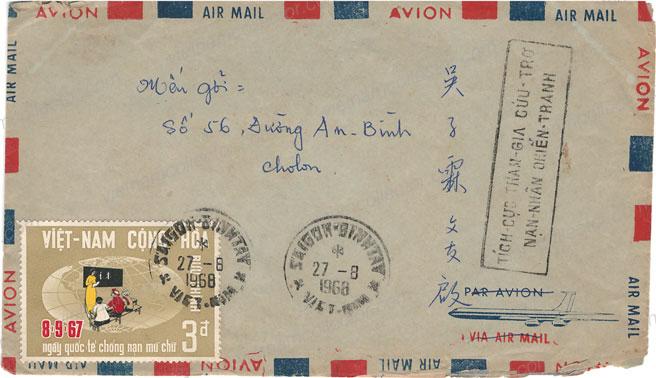 Mixed franking of the 3D Lons International stamp together with stamps from the Air Mail, UNESCO, Illiteracy and Urban Development sets paying an overall postage of 18D on an official international air mail letter sent from Saigon to West Germany in February of 1968. 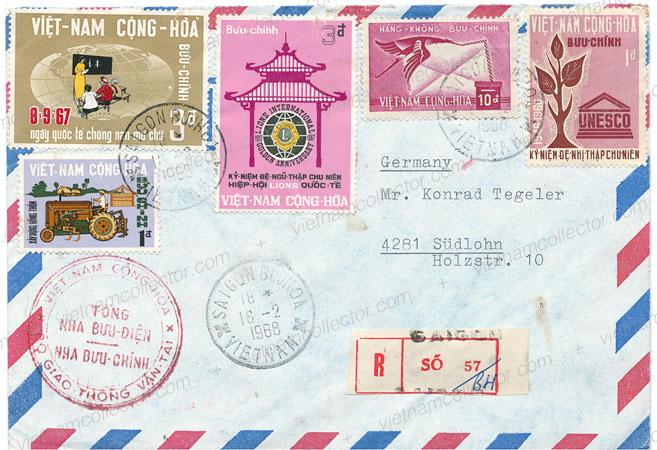