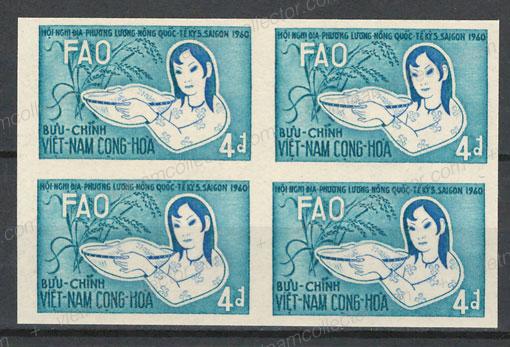 These stamps were not officially released imperforate, however, a number of imperforate trial proofs have come to market. Here is the set in blocks of four. 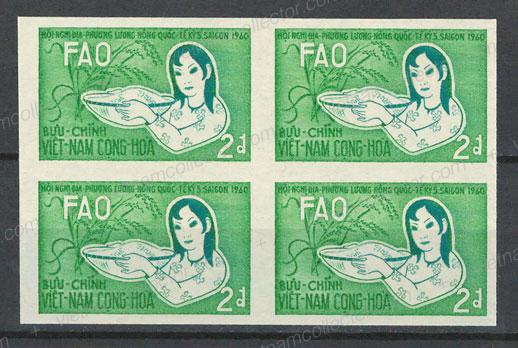 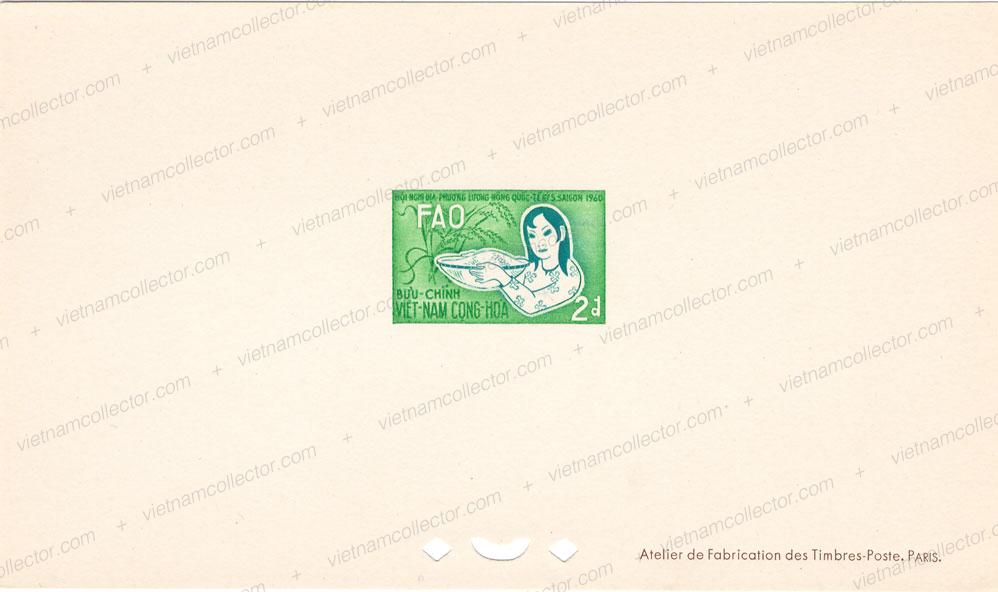 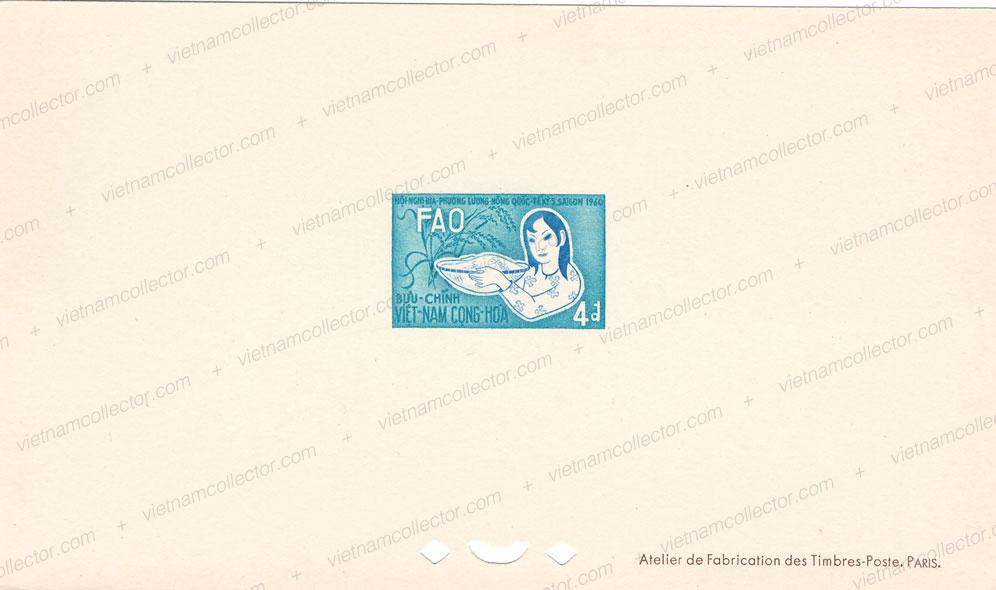 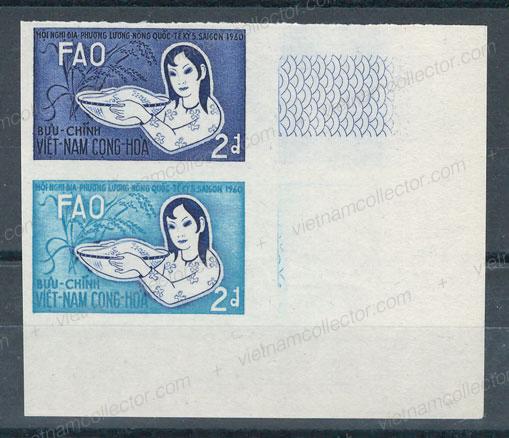 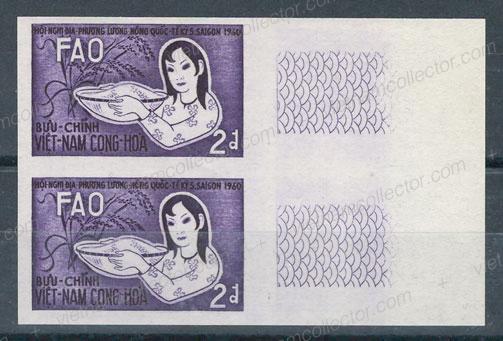 Rare single franking of the 2D value on a domestic letter sent from Saigon to Binh Duong in June of 1961. Phu Duong transit cancel on the reverse. 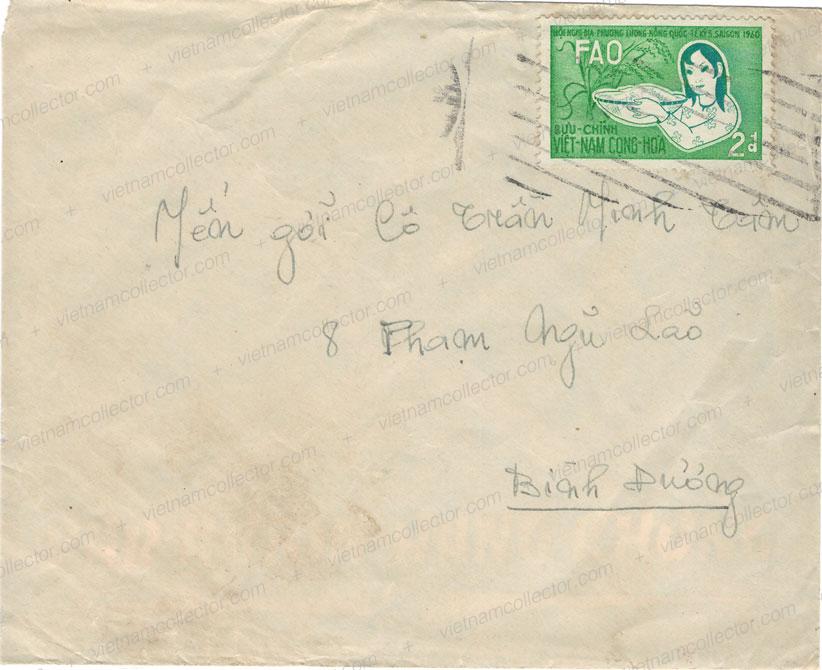 Mixed franking of the Reconstruction of Hue set together with stamps from the Sisters Tru’u’ng, World Food Organization, Sport and Youth, 5 Years Republic and Saigon-Dong Ha Rail Line sets paying an overall postage of 34D on a rare international registered express mail lettre sent from Da Lat to West germany in October of 1971. 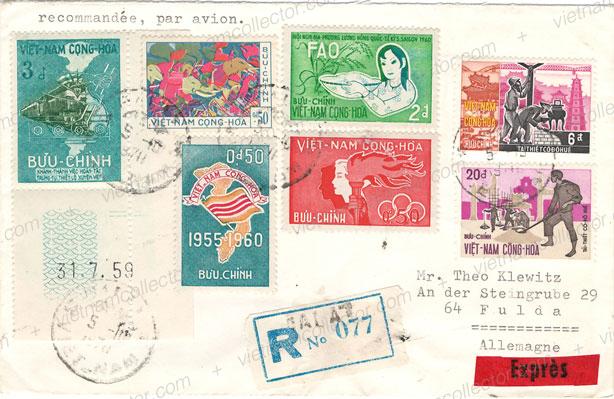 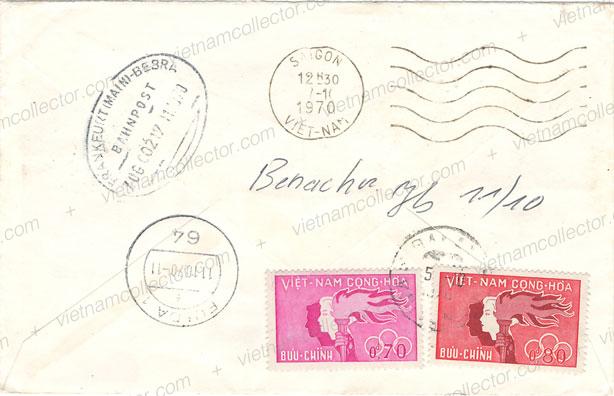 Mixed franking of the 2D and 4D FAO stamps together with the 50c Buildings stamp paying an overall postage of 6.50D on an international air mail letter sent from Saigon to Italy in December of 1960. 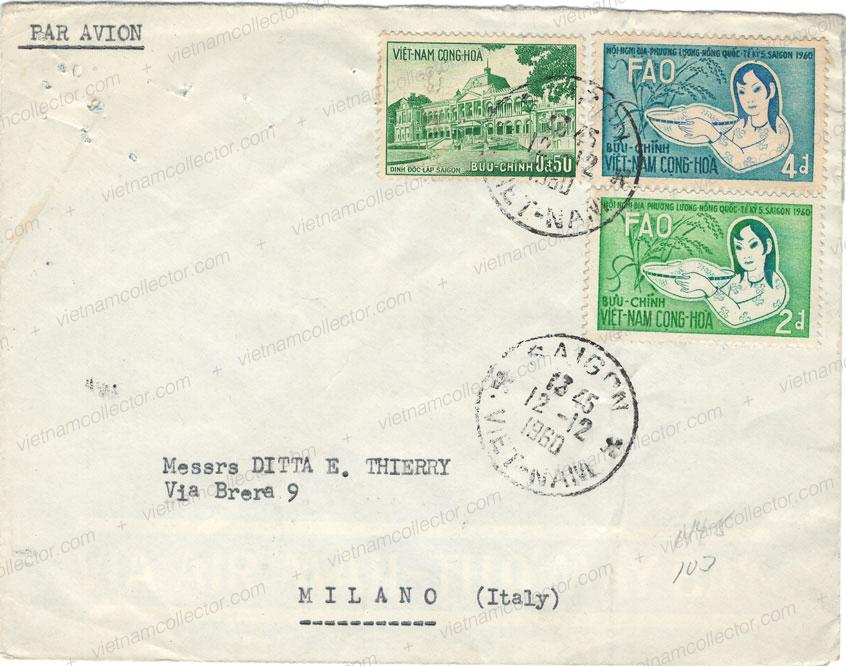 Are single franking of the 4D value on a domestic letter front sent from Kontum to Saigon in July of 1976. 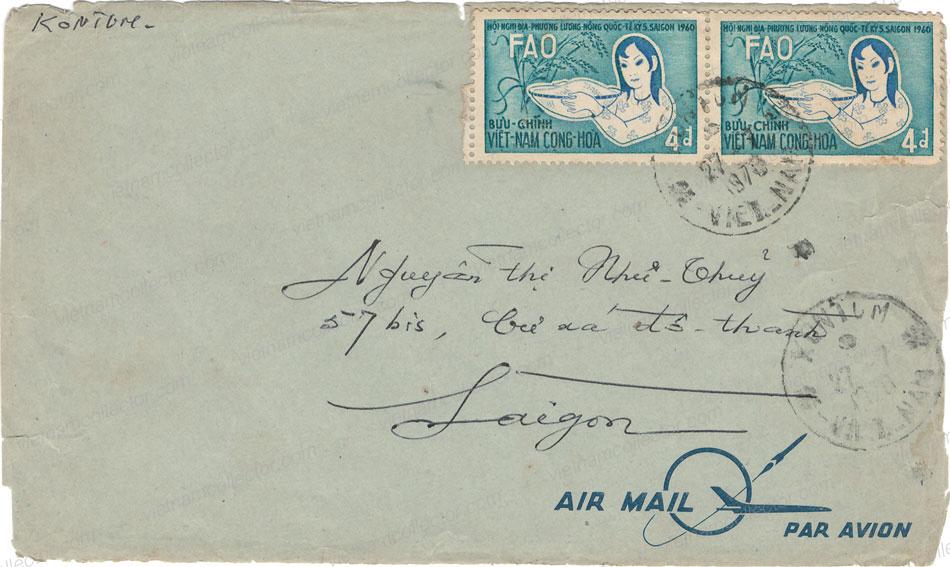 Mixed franking of the 4D and 8D Boy Scout stamps (2) together with stamps from the Ngô Đình Diệm, World Food Organization and 4 Years Constitution sets for an overall postage of 35.50D on a larger envelope sent from Saigon by register mail to India in November of 1960. 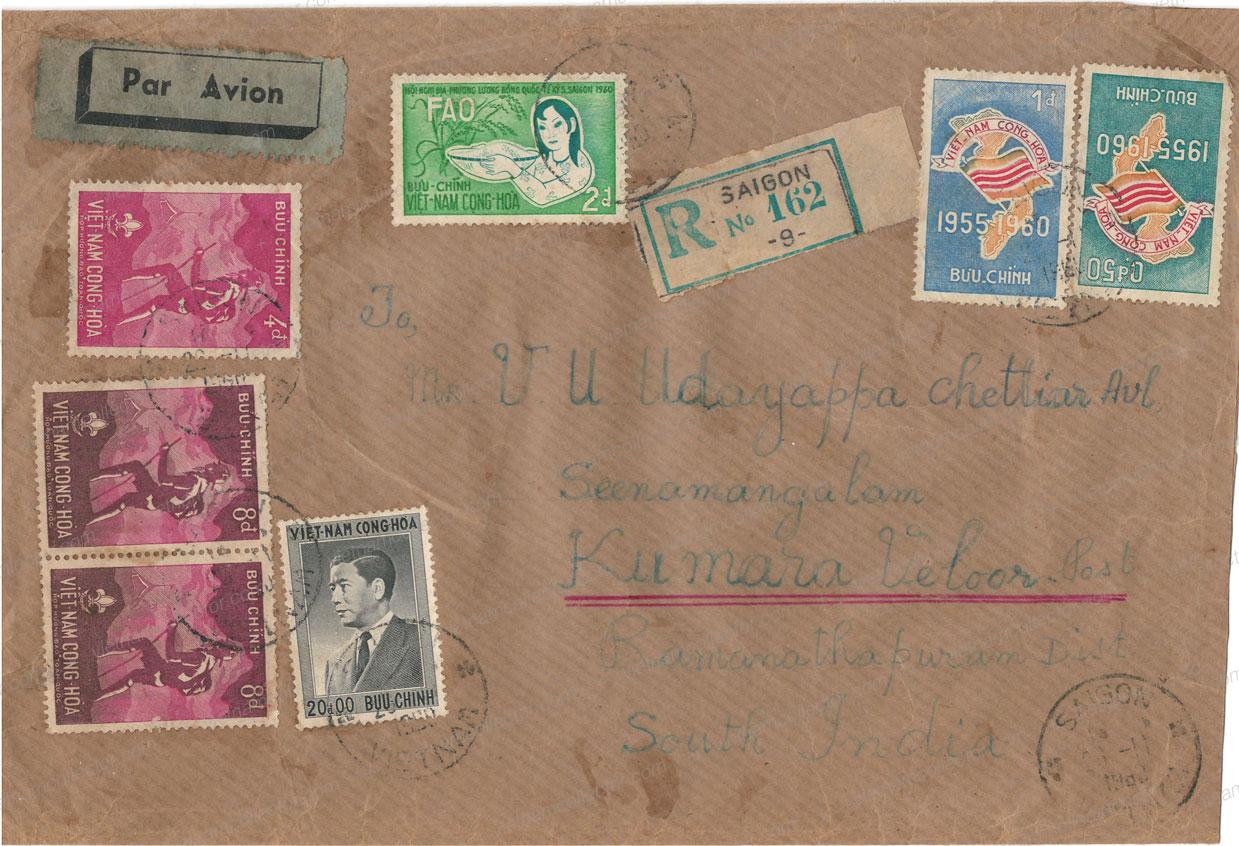