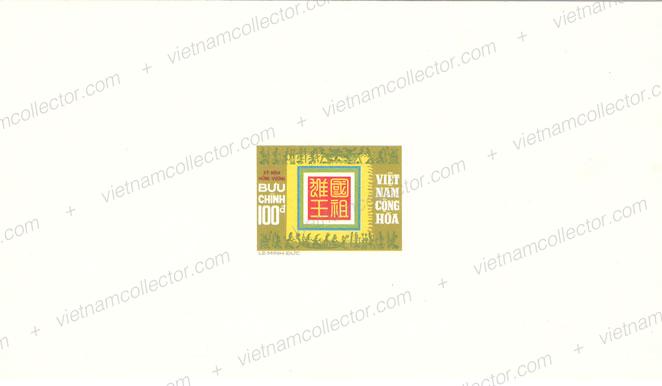 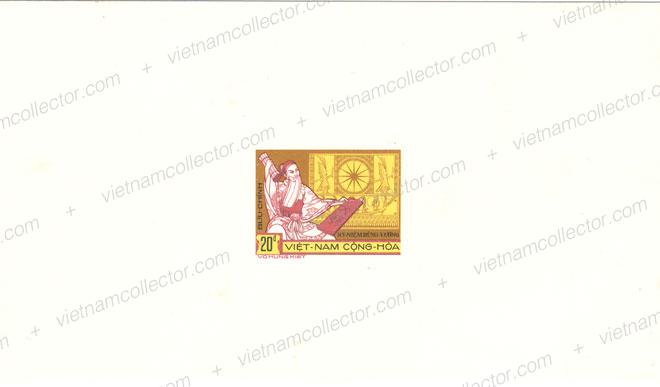 Mixed franking of the 20D Day of the Farmer stamp together with stamps from the Sampon Boats and Hung Vu’o’ng sets paying an overall postage of 130D on an international air mail letter sent from Saigon to the United States in April of 1974. 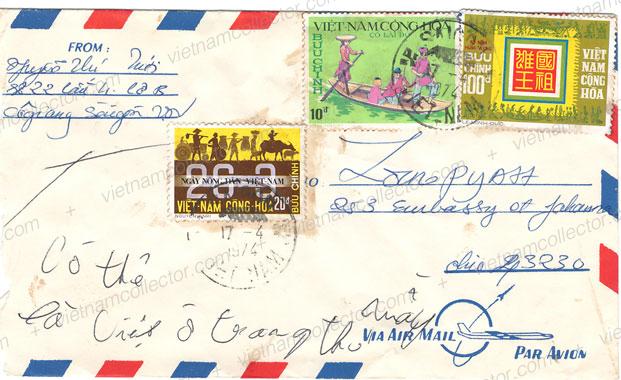 Mixed franking carrying the full Sisters Tru’ng set plus stamps from the Animals, Hung Vu’o’ng and National development sets paying an overall postage of 280D on an registered international letter sent from Saigon to West Germany in May of 1974. 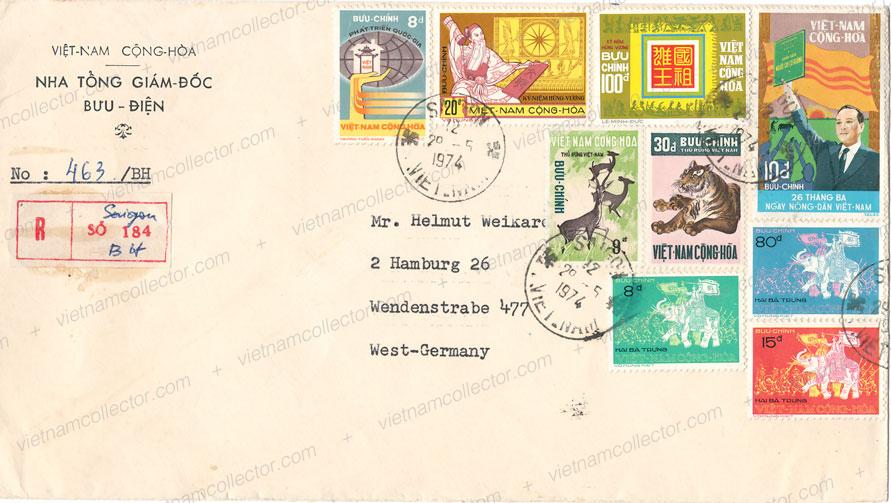 Day of the Farmer