Day of the Military

South Vietnam, Day of the Military, June 19th, 1971, Michel Nr. SVN 472-473; Two stamps in nominals of 3D and 40D were issued in perforation 13.5. Th stamps were produced with an attached decorative field showing the first date of issue. 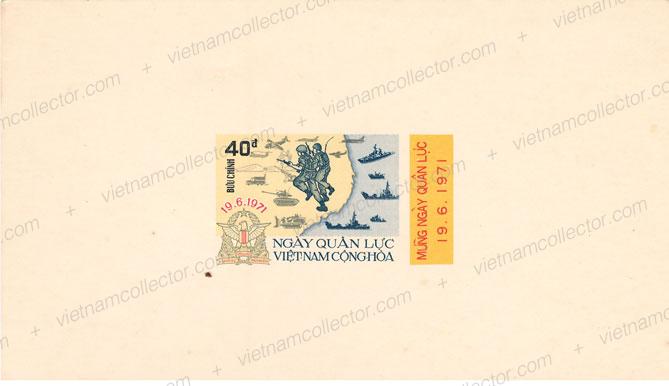 Single franking of the 3D value on a domestic letter sent from My Tho to Saigon in November of 1971. 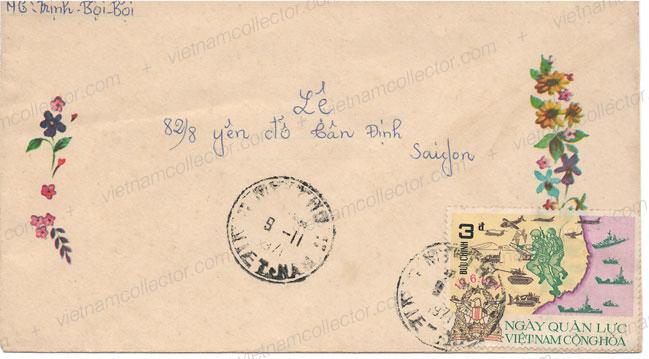 Mixed franking of the 40D Day of the Army stamp together with the 50D Calligraphy stamp paying an overall postage of 90D on an official international letter sent from Saigon to the United States. 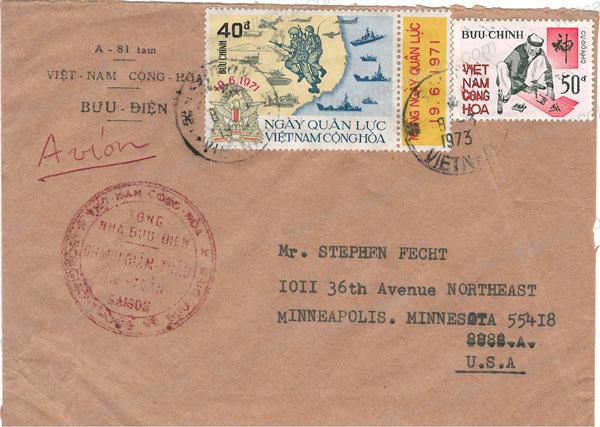 Multiple franking of the 40D value (2) paying an overall postage of 80D on an international air mail letter sent by a member of the American Consulate in Hong Kong using a San Francisco sender address to Hong Kong. 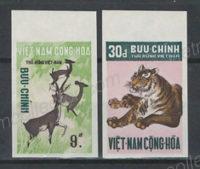