Here is there mint set.

These stamps were not officially released imperforate, however, a small number of imperforate trial proofs have come to market. Here is the imperforate set in matching left sheet margins. 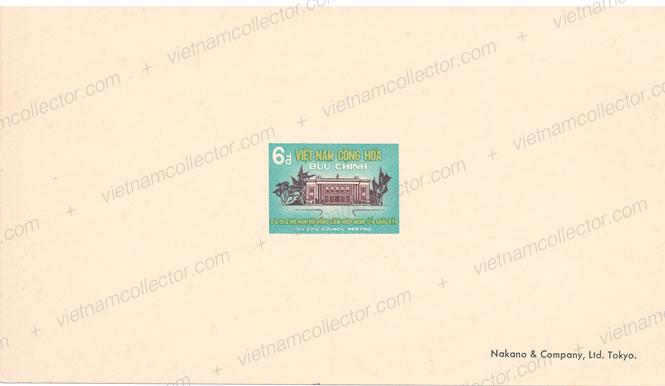 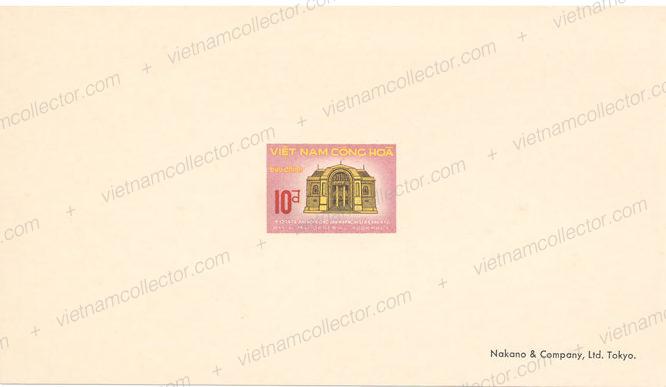 Mixed franking of the 6D Asian Parlamentarian Union stamps (4) together with six 0.50 Fruit stamps paying an overall postage of 27D on an international letter sent Saigon to the United States in December of 1970.

Mixed franking of the 10D and 20D Rural Post stamps together with stamps from the Crafts, Vietnamese Women, Asian Parlamentarian Union, Fishery, Rural Development, Reconstruction after TET Offensive and Caligraphy sets paying an overall postage of 188D on a registered air mail letter sent from Saigon Le Loi to Switzerland in June of 1972. A yellow sticker was added in Switzerland stating that the letter had to be picked up by July 5th, which apparently it was.

Mixed franking of the 10D Victory at Quang Tri stamp together with stamps from the Vietnamese Aviation and Paralmentarian Union sets paying an overall postage of 30D on an official registered letter sent from Tan-An to Saigon in April of 1973. 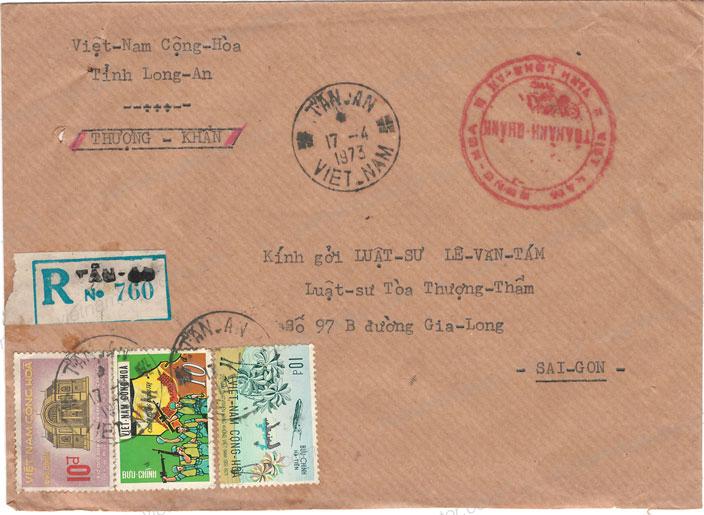 International Year of Education of UNESCO