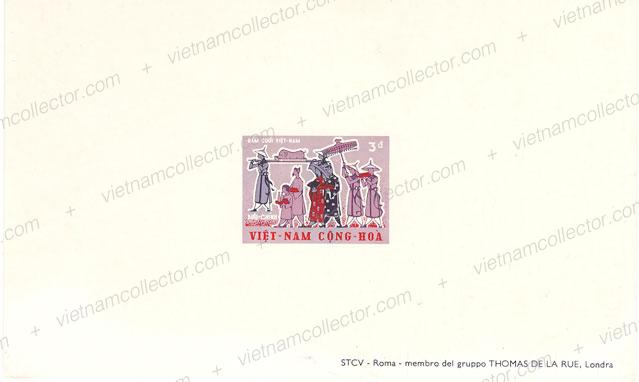 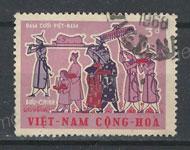 Thus stamp was not officially released imperforate, however, a small number of imperforate trial proofs have come to market. Here is one of them. 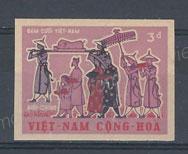 A rare printing error is known on this stamp on which the entire red color run is missing. Printing errors on SVN stamps are very hard to find as the printing and theft controls in the printing works were much stricter than in Vietnam.

The stamp is also known with a printing flaw (passer-shift) on which the red color run is significantly shifted to the left.

Single franking of the 3D value on a letter (full contents preserved) sent by a member of the military (KBC 3319/Cam Ranh Naval Training Center located in Cam Ranh) sent to a civilian in Gia Dinh. Cancelled by the mute “Buu Dien” military cancel from May of 1971. Red circular KBC cachet on front. 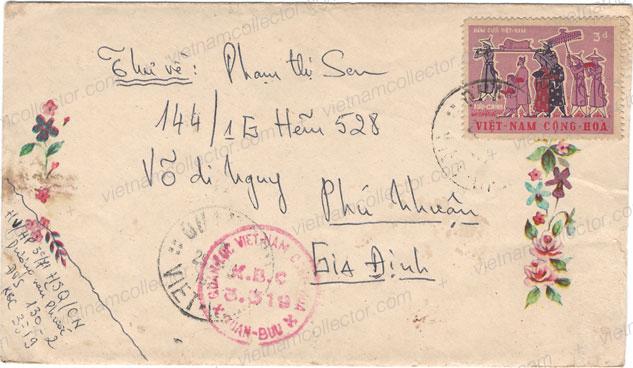 Mixed franking of the 3D Folk Dance value together with the 1D Friendly Nation stamp paying an overall postage of 4D on a domestic letter sent from Dalat to Nha Trang in July of 1969. 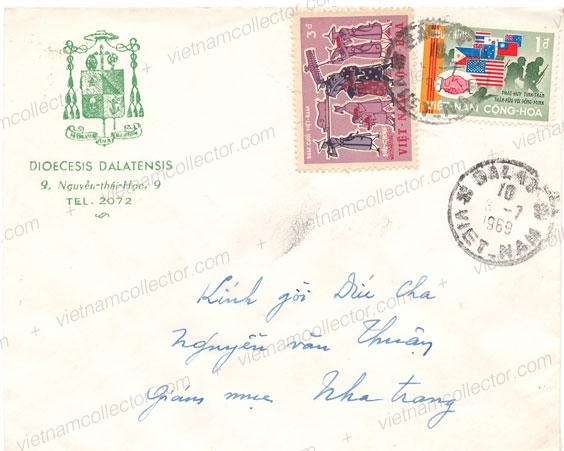 Mixed franking of the 20D Reconstruction of Hue stamps (2) together with the 3D Folk Customs stamp paying an overall postage of 43D on an international air mail letter sent from Saigon to Switzerland July of 1971.

Mixed franking of the Folk Dance stamp together with the 10D Nguyen Dinh Chi stamp paying an overall postage of 13D on a printed matter mailing sent from Saigon to the United States in August of 1971. Note that the year in the cancel is inserted upside-down. 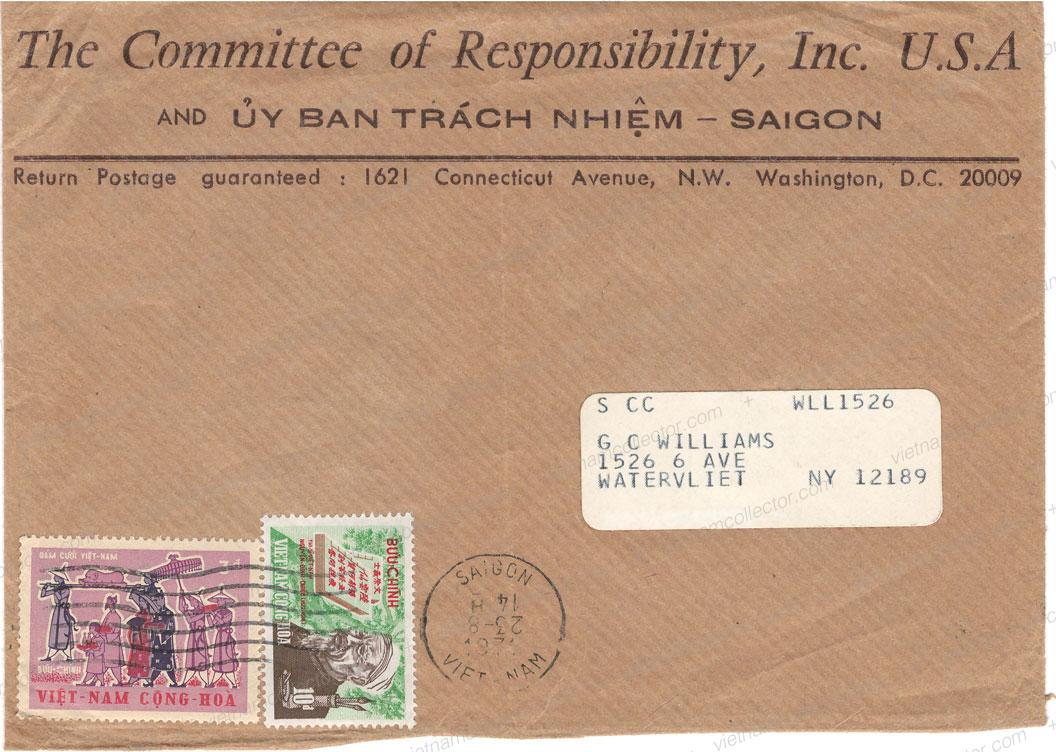