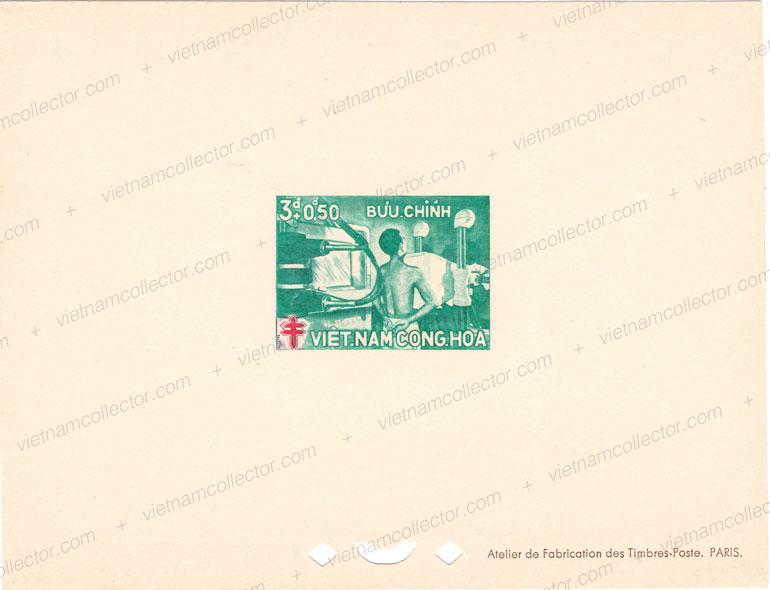 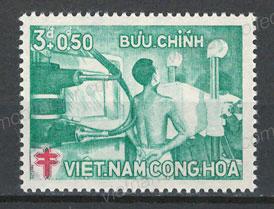 Color Trials; prior to authorizing the final printing run for stamps the Vietnamese Postal Authority requested a few sheets of color sheets on one particular value of a set in order to decide which final color combination would be best suited for each stamp within the set. The color sheets had the size of a standard sheet but contained alternating color options on the designated nominal value. While these sheets were only intended for internal postal use some of them came to market. Virtually all of these complete sheets were cut apart. So one mostly finds single color proofs or small strips of them. While they are actually very rare one can still obtain them for under $10 a piece except that the Tuberculosis ones are usually around $20 a piece as they are collected by country and topical collectors which means higher demand. 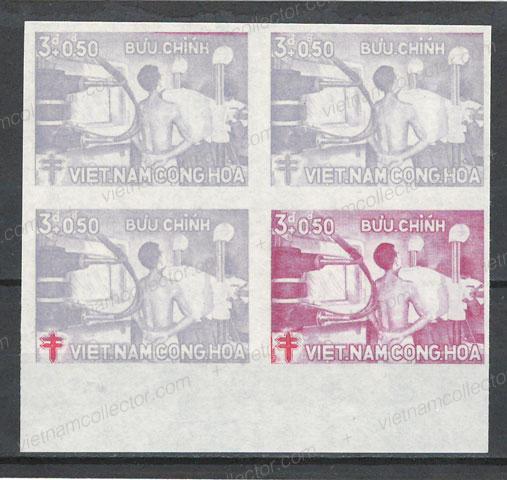 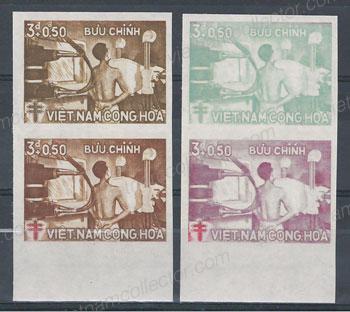 Mixed franking of the 5D Fight against Hunger stamps (3) together with the 3D Tuberculosis stamp paying an overall postage of 18D on an air mail letter sent in March of 1967 from Saigon to Switzerland. The Tuberculosis stamp is very rare to find on postally used cover as the 50c surcharge for the tuberculosis fund served as a detractor to the general public. 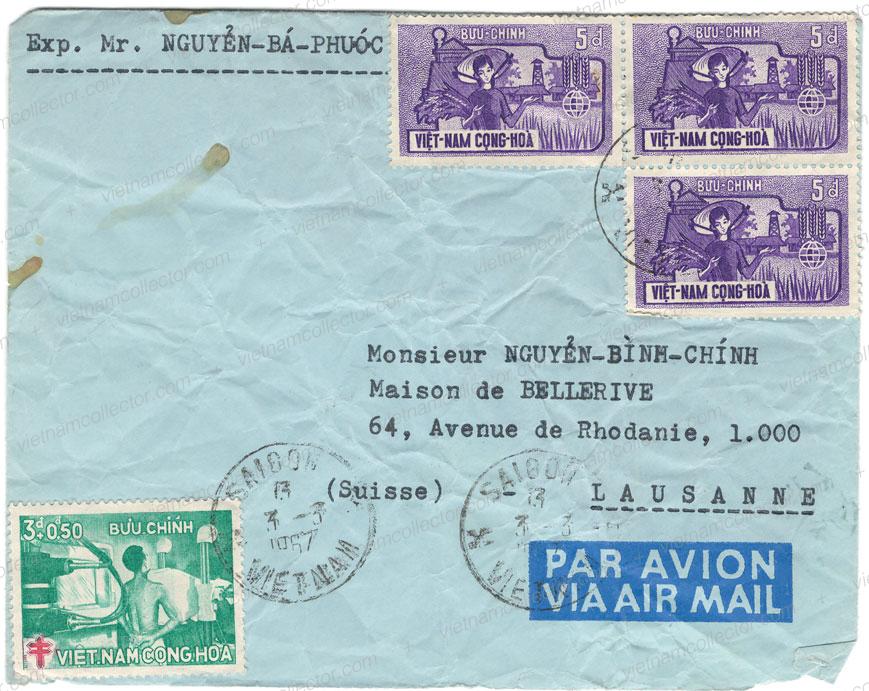 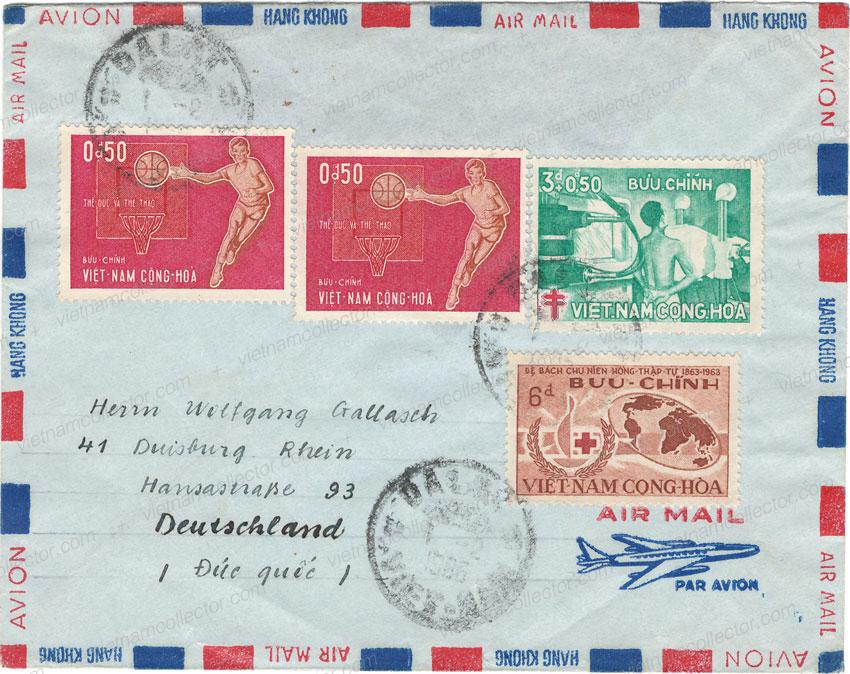