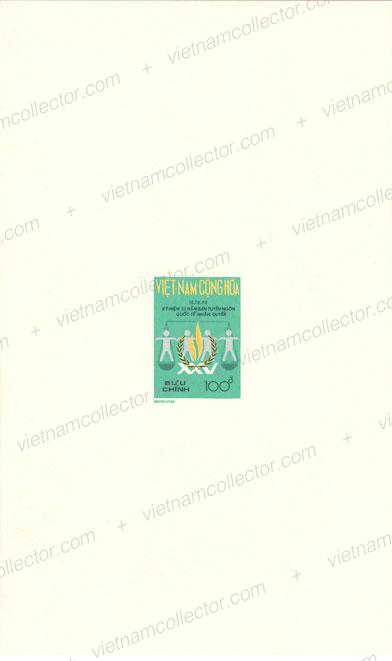 25. Anniversary of the General Declaration of Human Rights 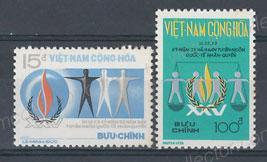 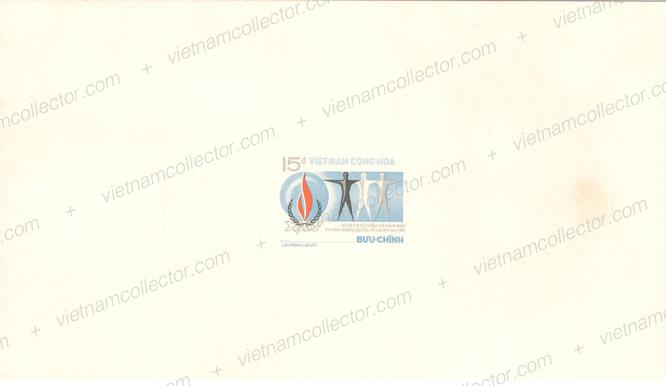 Single franking of the 100D value on an international air mail letter sent from Saigon to Hong Kong in February of 1975. 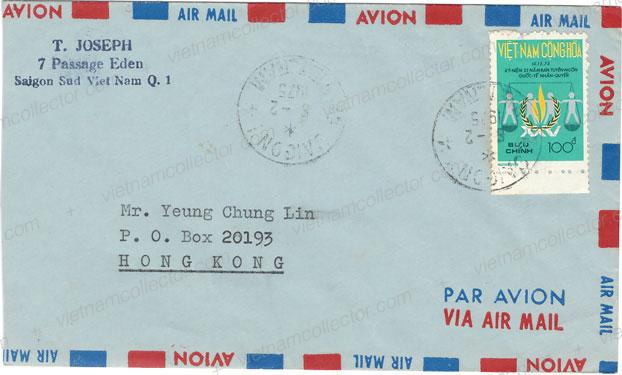 Mixed franking of the 100D 25. Anniversary of the General Declaration of Human Rights stamp together with two 30D Craft stamps paying an overall postage of 160D on an international air mail letter in February of 1974.

Mixed franking of the Human Rights set together with stamps from the Year of the Buffalo, Sights, Farmer Day, Orchids and Wounded Soldiers sets paying an overall postage of 730D on a rare international registered express air mail letter sent from Can Tho to West Germany in December of 1974. Red Post Office Fulda arrival cancel. Circular Fulda arrival cancel on the reverse. 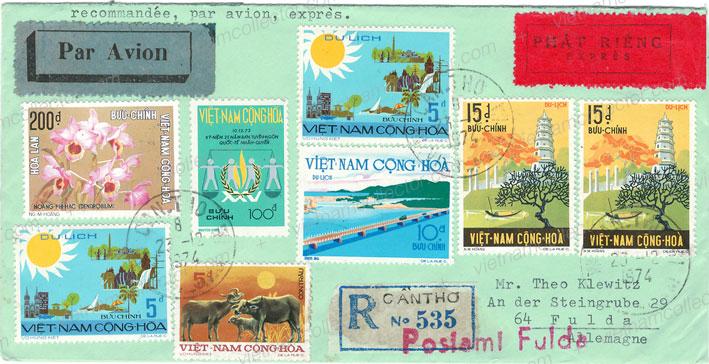 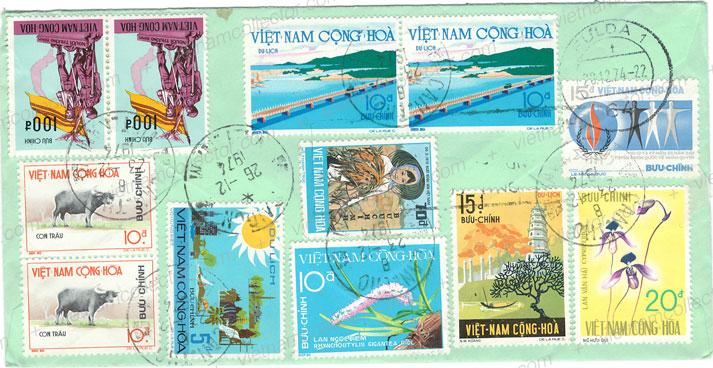 Year of the Buffalo