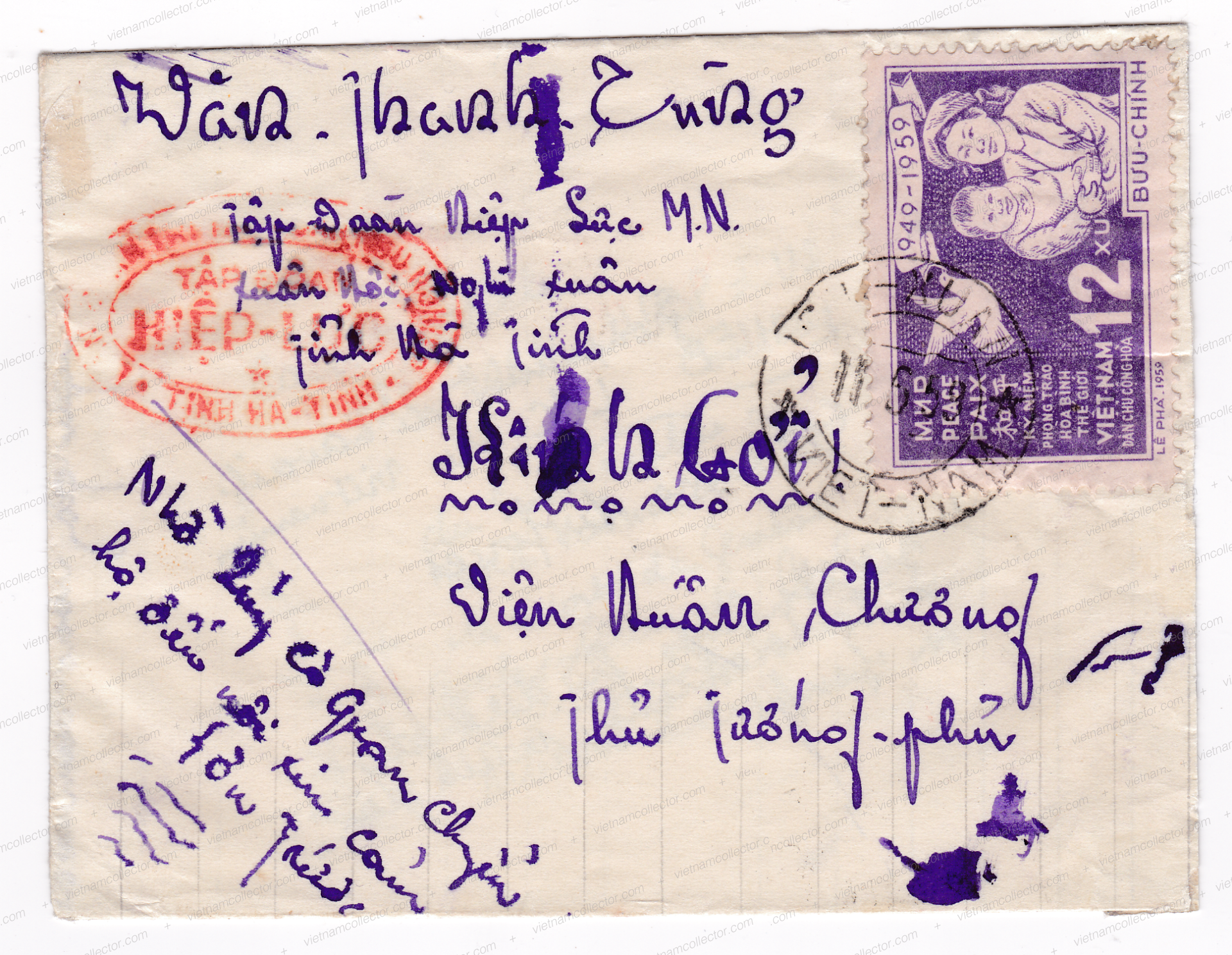 North Vietnam, World Peace Conference, April 15th, 1959, Michel Nr. 97; A 12 xu stamp that represented the new local letter rate was issued to honor the world peace conference. The stamp, perforated 11:0  exist on two different paper types. One pink and the other white. It also comes in two ribbing varieties. One horizontal and the other vertical ribbing. So, overall there are four different varieties of this issue. The ribbing can only be seen on the back of the stamps by holding them in good lighting. Stamps on white paper are rarer than on the pink paper and hence justify a surcharge of about 100%.

Here is a pair with vertical ribbing on pink paper 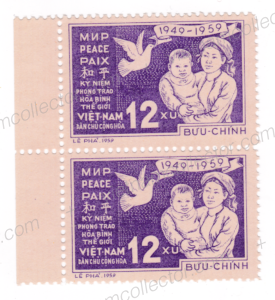 Here a single stamp with vertical ribbing on white paper. 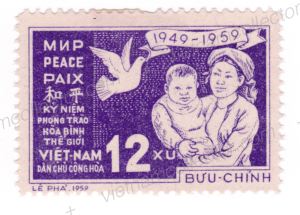 Very rare local letter mailed on May 4th, 1959 and addressed to the Government documenting that the 12 xu value (here on white paper) covered the standard national letter rate. Interesting machine arrival cancel “Hanoi” May 5th, 1959. Most local letters got destroyed in the many decades of war, the humid climate and due to raw material shortages that resulted in most paper being recycled over and over again (ex. Klewitz). 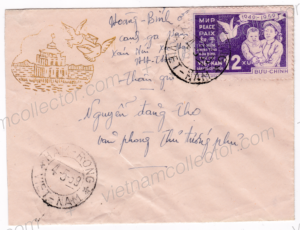 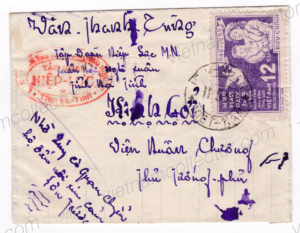 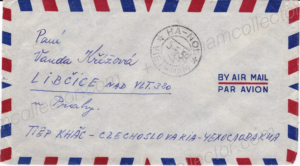 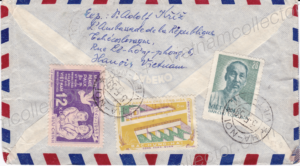 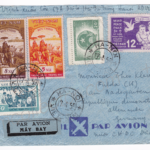 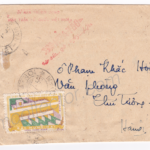