This is the perforated mint set. 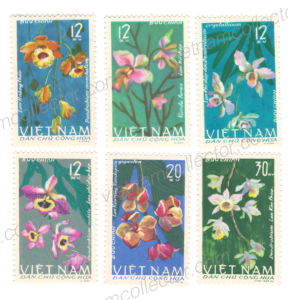 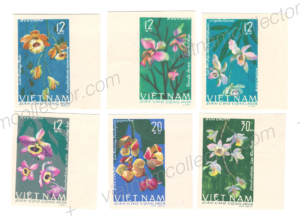 Here is a registered letter sent to Klewitz in April of 1966 carrying the complete perforated set. The mixed currency franking amounted to 1.15 Dong (the 50 Old Dong stamps the back was worth 5 xu in 1966) which was a tad above the required standard registered letter postage of 1.10 Dong. 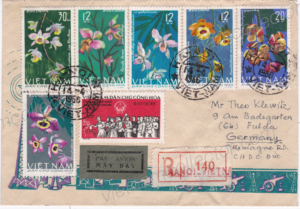 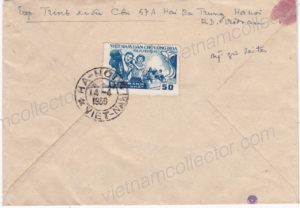 Rare express mail letter mailed to Klewitz in November 1967 featuring the 20 and 30 xu values. Interestingly, the sender used the blue military stamp without nominal that was also issued in 1966 but was only approved for domestic military use. The blue military stamp on postally used cover is very rare. Adding the inherent 12 xu value of this stamp the overall franking amounted to 1.53 Dong. 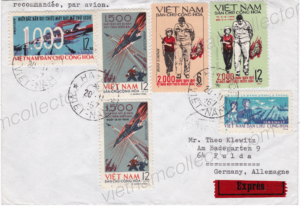 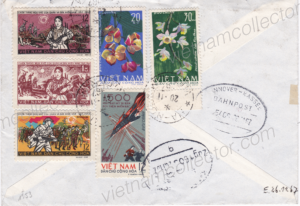 Very rare large envelope featuring the entire im-perforated NLF set and most of the Orchid stamp series sent to Klewitz in November of 1969. Im-perfroated stamps on postally used cover are very rare. The overall postage of what must have been a heavy envelope amounted to 3.22 Dong which appears to be realistic given that a standard 20 gram registered express mail letter already cost 1.60 Dong. 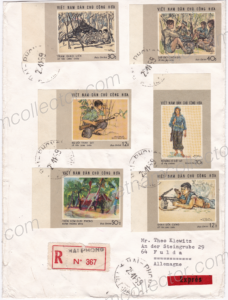 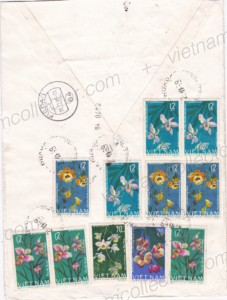 Very rare registered express mail letter sent to Klewitz in February of 1972. Souvenir sheets on postally used cover are hardly ever seen. This letter features the version printed on flat paper and darker frame colors. On the reverse it features im-perforated stamps of the 1966 orchid set and Luna moon landing set of the same year. Im-perforated stamps on postally used cover are also very rare. The overall postage of this large envelope amounted to 1.74 Dong which appears to be in line with the required tariff. 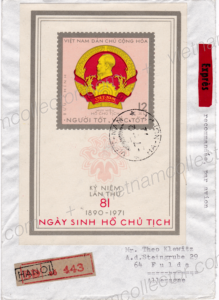 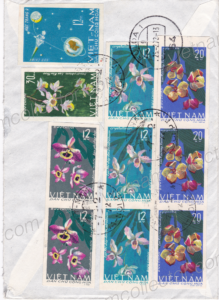 Very rare registered express mail letter sent to Klewitz in February of 1972 featuring the other half of the im-perforated set. Im-perforated stamps on postally used cover are very rare. Also included are four of the orchids stamps. The overall postage of the letter amounted to 1.62 Dong which was just a tad above the required tariff od 1.60 Dong. 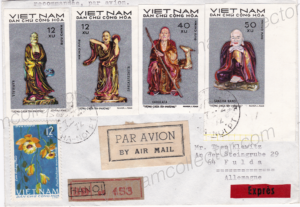 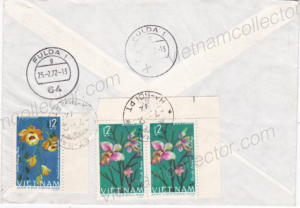 Registered letter sent from Quan 5 (Ho Chi Minh City) to Klewitz in January of 1982. The letter carries a strip of three Reforestation stamps (Michel Nr. 1188). The left stamp shows the plate error “stone at HCM’s foot”. Errors stamps on postally used cover are very rare. Two of the Orchid stamps on the reverse. The overall postage amounted to 8.28 Dong. 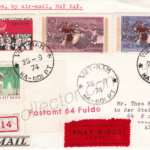 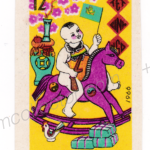 New Year according to the Lunar Calendar