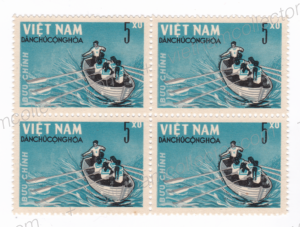 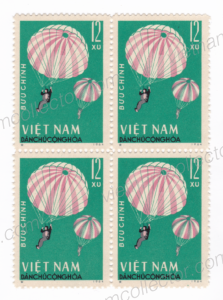 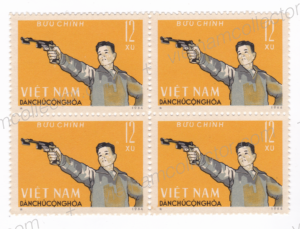 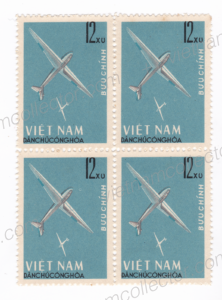 The set was not released im-perfroated but a handful of im-perforated phase prints have come to market. Very rare. 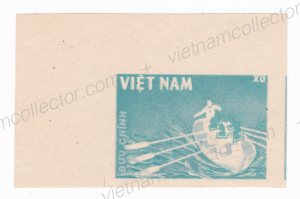 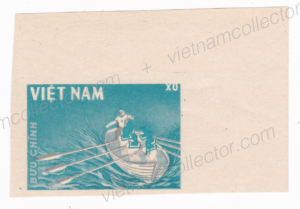 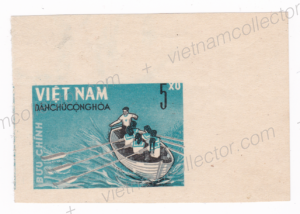 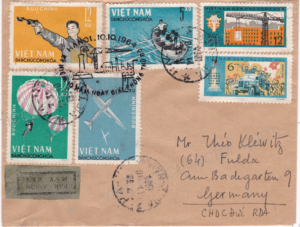 Rare single franking of the green 12xu stamp on a patriotic envelope sent to a fellow Vietnamese in Poland. The stamp is cancelled with a very unusual semi-mute cancel that shows no date. Given the Vietnamese Army decal on the envelope and the lack of sender address suggests that this was a military letter which probably precipitated the social cancel. Warsaw arrival cancel on the reverse. 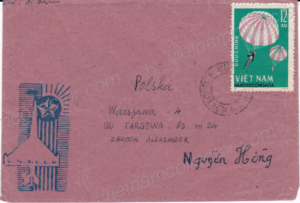 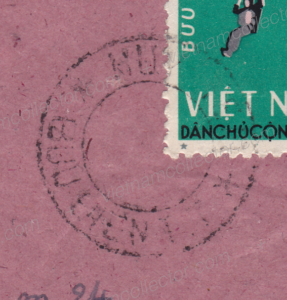 Another rare single franking of the green 12 xu stamp this time civilian use on a letter to Czechoslovakia. 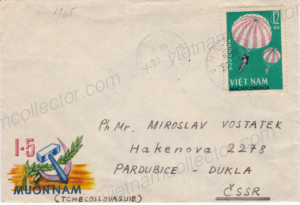 Mixed franking of the 20xu Nguyen Du stamp plus one of the 5xu Sport stamp for an overall postage of 25xu. The letter was most likely of the second weight level as the standard rate for up to 20g amounted to only 12xu. 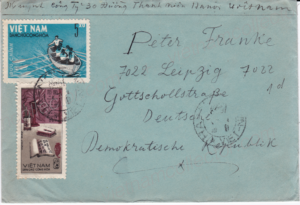 Mixed franking of the 50xu value together with the 5xu Sport Games stamp for an overall postage of 55xu on an air-mail letter (full content preserved) sent to East Germany . Note that the Hai Phong cancel is missing the year date line. 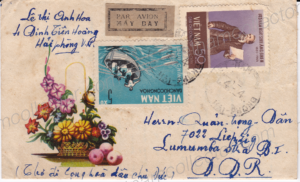 Mixed franking of the orange 12xu stamp with other NVN stamps (including the 5xu Sport Games stamp) for an overall postage of 30xu to Congo, Africa. Congo was an extremely rare destination at the time. 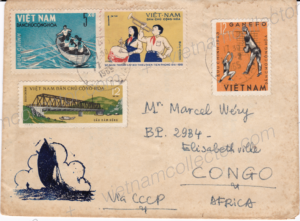 Very rare letter featuring the entire im-perforated set on a registered letter with other NVN stamps (including the 5xu Sport Games stamp) addressed to Gregor Schwirtz, well know East German philatelist in October of 1968 for an overall postage of 1.02D. Im-perforated stamps on postally used covers are very rare. The standard registered letter to East Germany cost 72xu (12xu postage plus 60xu registration fee) so this letter must have been heavier than the standard 20g. 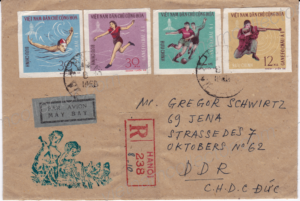 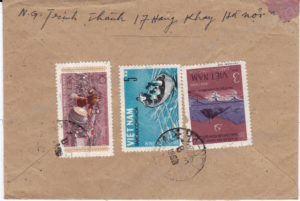 Very rare registered express mail letter featuring the 5 xu stamp sent to Klewitz in October of 1970. It also features im-perforated pairs of the 20 xu and 30 xu flower series from 1962. Im-perforated stamps on postally used cover are very rare. The overall postage amounted to 1.68 Dong which was just a tad above the required tariff of 1.60 Dong for a 20 gram registered express mail letter to West Germany. Fulda arrival cancel on the reverse. 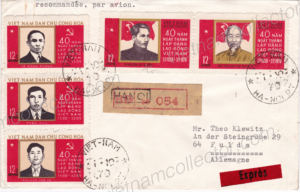 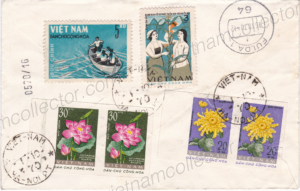 Mixed currency franking from June of 1967 using two of the old 150D Handicraft stamps (which were devalued by 1,000:1 on March 1st, 1959 and hence only worth 30xu) plus newer currency stamps for 22xu (including a pair of the 5xu Sports stamps) for an overall postage of 52xu. This was more than the standard 20g tariff demanded (12xu) so this letter must have been much heavier. 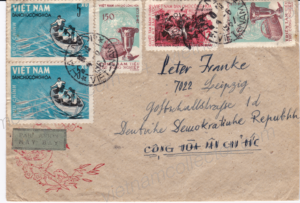 Mixed franking of the 20 xu and 50 xu Fruit stamps plus the 5 xu Army Games stamp paying an overall postage of 75 xu on an international air mail letter sent from Hai Phong to Switzerland (full contents preserved) sent in February of 1970. 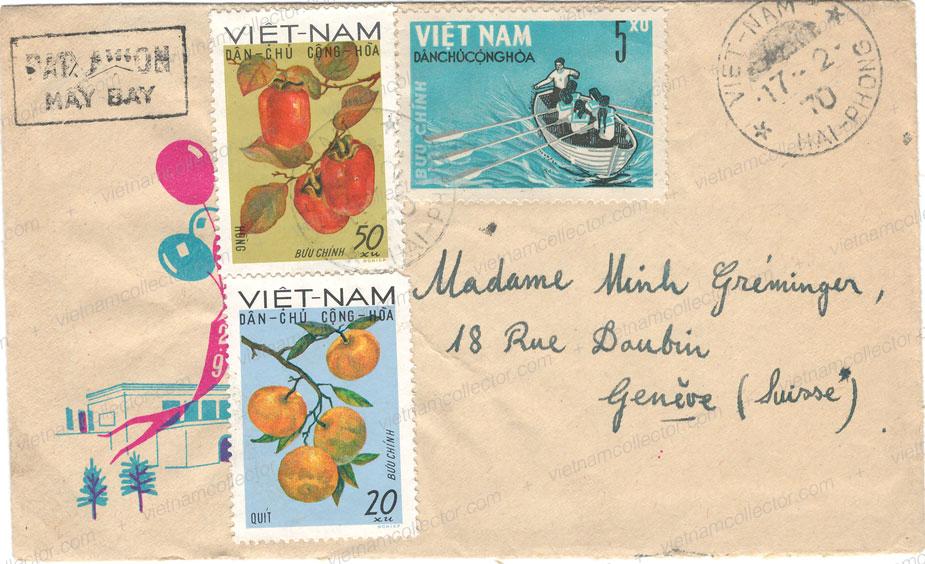 Rare single franking of one of the 12xu values on a letter to East Germany. 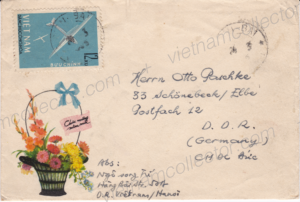 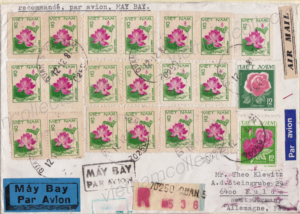 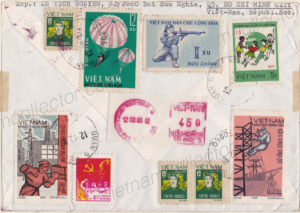 Mixed franking of the 6xu October Revolution stamp with one 12xu Sport Games stamp for an overall postage of 18xu. The envelope was left open on purpose probably for postal inspection. So this unusual postage probably represented the printed matter tariff. 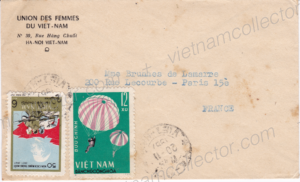 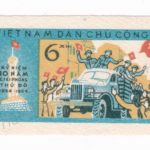 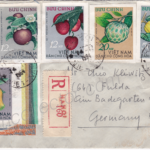